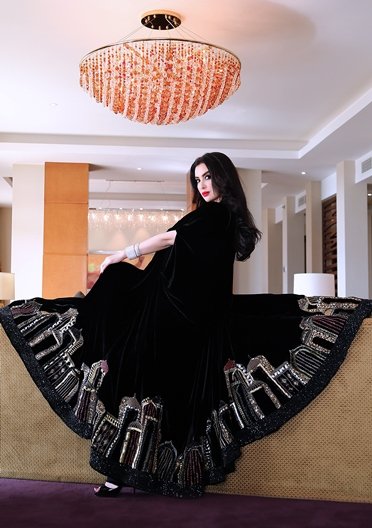 Acts of Making aims to challenge perceptions of the abaya and the role of women in Gulf societies by recontextualising the garment into a contemporary framework.

The Qatar showcase reflects Roudha's commitment to women, entrepreneurship and innovation, through a celebration of Bedouin women and their vital role as maker. UK based curator Keinton Butler employs a contemporary aesthetic designed to reflect the daily practice of the three selected Qatari designers; Fathiya Al Jaber, Debaj and Pearl Design, all of whom interpret the traditional with a cutting edge approach.

Acts of Making boldly abstains from popular stereotypes often found in the representation of Qatari life, and instead celebrates a rich culture of craftmanship still present today. When exhibited alongside the humble iconography of Bedouin tradition, the richly adorned and sophisticated abaya collections create an enticing juxtaposition and a poignant introduction to Qatari culture and style.