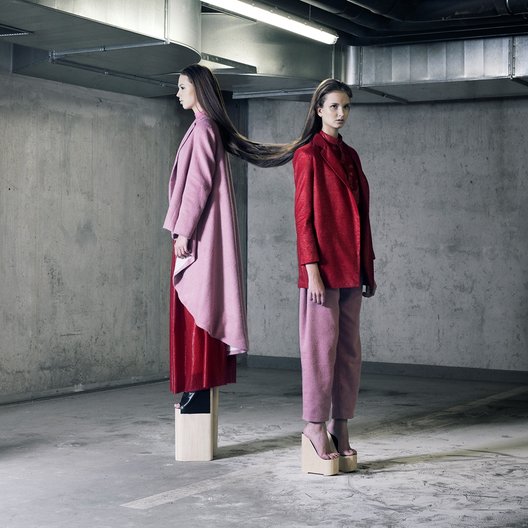 'Voyage Through Central Europe' presents emerging talents and ideas from the Czech Republic, Hungary and Slovakia. The exhibition expresses the dedication of Central European designers, professional organisations and other institutions to creating outstanding, unique fashion while inspiring and supporting each other on the way. The overarching exhibition design, created by Gáspar Bonta, and accompanied by original glass installations by La Svit, mirrors the creative journey of the designers, the audience’s exploration of the current landscape of Central European fashion and the geographical and cultural proximity of the three countries. This joint exhibition is all about creativity, freshness and unity. It is about establishing a firm place for Central European designers in the fashion world.

Pavel Berky
Berky studied at the Academy of Arts and Design in Prague. His work is influenced by his Slovak Roma origins.

Dóri Tomcsányi
Studied in Budapest and Paris. Founded The Garden Studio in 2011 – a webshop, showroom and workshop.

Bronislava Žurková Brůčková
Gratuated from the Academy of Art and Design in Bratislava. Focus on knitting and traditional textile techniques.