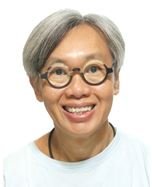 Awarded a doctorate in 2015, Dr Joseph Lo’s thesis was nominated for the annual award for outstanding research. His academic contribution has been to determine self-identified markers of authenticity in the work of artisans. It speaks directly to striking a balance between protection and conservation of the community’s identity with openness to design innovation and development from outside.

At the moment, Dr Lo is currently working as a Chief Consultant for Smithsonian Institute’s Centre for Folklife and Culture Heritage’s programmes in Asia. Prior to his academic career and current post, he worked for numerous UN agencies on culture and development, specifically focusing on culture-based creative industry, artisan development and cultural diplomacy. Dr Lo has over two decades of first-hand experience in China-Tibet, Bangladesh, Mongolia, Pakistan, Bhutan, China (with ethnic minorities), and with specific focus on Southeast Asian crafts - Indonesia, Laos, Mongolia, Myanmar, Thailand, and Vietnam.

His expertise includes designing and delivery of technical training and he specially developed a culture-based product development and design training for artisans. Dr Lo also worked in craft industry data surveys and recently co-authored a chapter comparing statistics from Bhutan, China, Indonesia and The Philippines for a soon-to-be published book.

Dr Lo’s involvement with UNESCO’s cultural industry framework has resulted in his development of the New Cultural Field, which he presented at Craft Forward conference in January 2016, Yangon, Myanmar and also at UNESCO’s Cultural Heritage and Development Initiatives for Afghanistan in May 2016, Rome, Italy.

Throughout his career, Joseph has always sought to challenge the mindset of local communities, stakeholders, governments, development agencies and NGOs, especially in the perception of cultural expression and practices – and in the face of globalization, modernization and development. He strongly believes that it is only through the dynamics of dialogue, mutual understanding and compassion that sustained development can be truly realized.