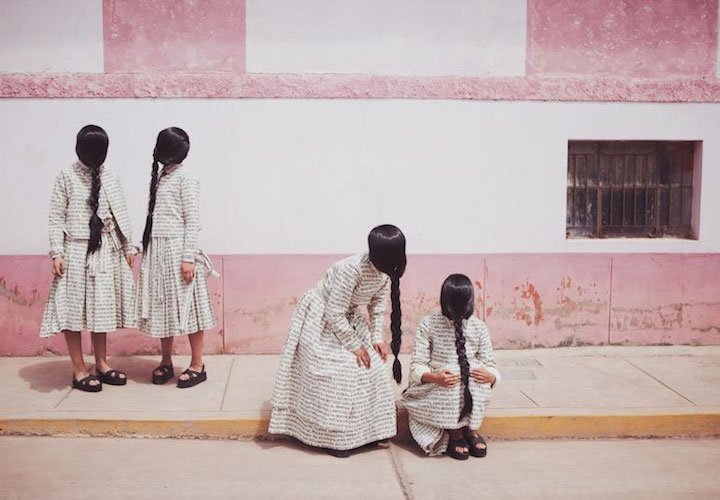 Coinciding with the Mundo Latinx exhibition at Fashion Space Gallery and the International Fashion Showcase, this panel discussion will explore representation, inclusivity and empowerment of indigenous communities through and within fashion. Dr. Elizabeth Kutesko from Central Saint Martins will chair the panel including fashion designer Laura Laurens from Colombia and fashion designer Curtis Oland from Canada, who both work closely with indigenous communities in their respective countries.

To register for a free ticket visit Eventbrite.

Elizabeth Kutesko (PhD Courtauld Institute of Art) is Lecturer in Cultural Studies at Central Saint Martins. She is the author of Fashioning Brazil: Globalization and the Representation of Brazilian Dress in National Geographic (Bloomsbury, 2018) and has published an article based upon her research in the Brazilian Fashion Special Edition of Fashion Theory: The Journal of Dress, Body and Culture (November 2016). Her research interests are Latin American bodily practices and the intersection between fashion, cultural identity, representation and power.

In 2013 self-trained Bogotá-based designer Laura Laurens debuted her label in Paris with a special Capsule collection (SS14) made entirely from a stock of Colombian military fabrics. Since 2016 she has also been working as the creative Director of New York based brand Carvoe .

Her collections frequently deal with duality, contradiction and conflict, influenced by the ongoing collaboration with the Emberas trans community artisans and their indigenous heritage.

Now based in London, Curtis Oland is a fashion designer and artist originating from the Okanagan Valley of the Canadian Far West. Curtis completed his studies in fashion design at Ryerson University in 2016 and later that summer won the Emerging Menswear Designer Award at Toronto Men's Fashion Week Spring/Summer 2017 with his collection "Oyama Lake". He has since presented his second collection, "Visceral Architecture", at TOM* Autumn/Winter 2017. His work focuses on raw use of material, utilising soft tailoring, organic forms, earthen tones, and a genderless mindset.

Curtis's connection to his indigenous Lil'Wat heritage and his love for the supernatural aspects of his homeland are driving forces in his creative process. His approach to design is the product of a multicultural upbringing, a two-spirited perspective, and concurrent experiences as a young world traveller and urbanite. Curtis' memories of exploring the mountainous landscape of Western Canada and his connection to nature lives on through his work.