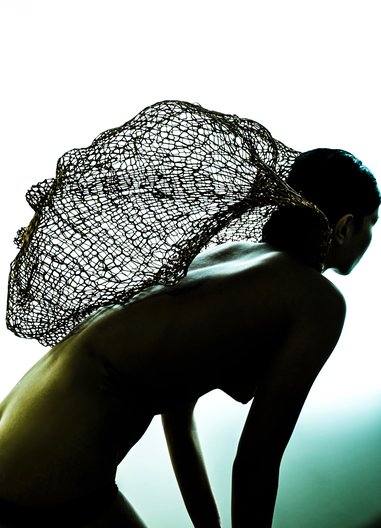 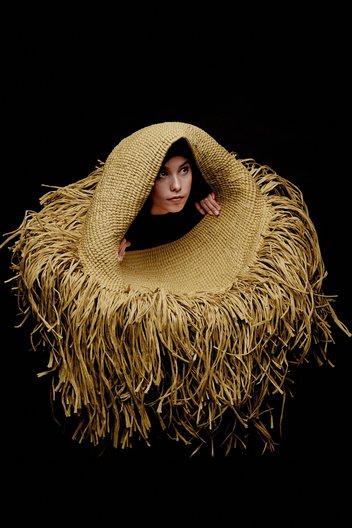 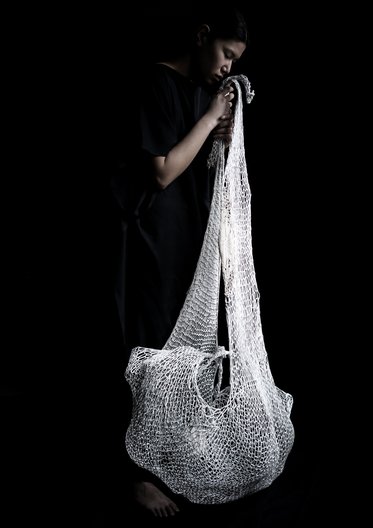 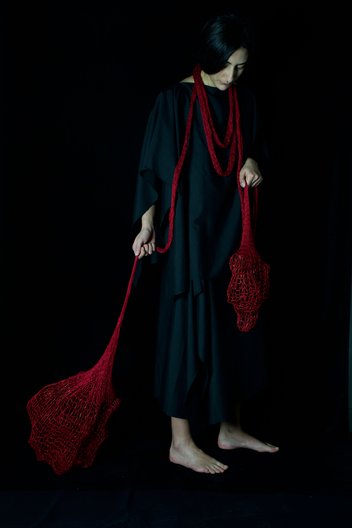 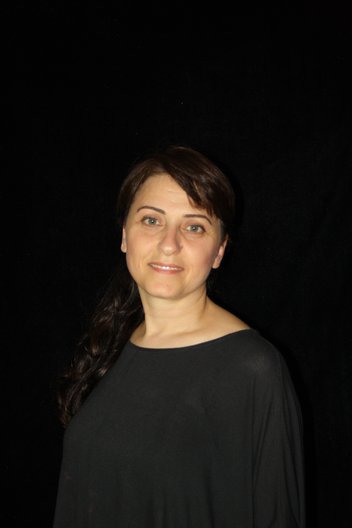 Design Connections 10x10 will return this year on Wednesday 19 September, showcasing a selection of the best emerging design talent in the UK, in collaboration with the Design Museum. We caught up with speaker Esna Su to find out more about her practice.

Tell us about yourself or your practice.

My work explores the issues of identity and memory and how these are shaken in the context of political instability. I create my pieces with heritage, as I use traditional Turkish techniques of weaving, twining, needlework and crochet. Yet they mutate into wearable sculptures imbued with a deep sense of meaning. For instance, ‘The Burden I’ collection is almost a continuation of the body, the organic structure gives form to unseen layers of emotions, memories and sensations. These emanate from paper rush, vegetable tanned leather and patterned fabric. ‘The Refugee I’ is about Syrian refugees who have been forced to abandon their homes and flee the conflict, continuing their lives in tents in sprawling refugee camps. The pieces are constructed with paper rush, representing the need for protection and expressing the isolation of refugees in their newly adopted homes. Both collections were presented with performances as I believe that they evoke feelings towards what’s happening in the World. The former included 14 performers; ‘The Rubble talks Too’ and the latter called ‘When the Nest Falls’.

At the moment, I am working on my new wearable pieces from ‘COME IN' collection. It lays bare the stigma experienced by refugees in their flight while exposing values of resilience, openness and hope. It will be crochet pendants with fine silver wire combined with 7 different colours. They are much smaller than my other collection. The hollowness of the pieces here echoes the void and silence opposed to their appeal. Namely, the sheer rejection of the United States under the infamous 'Muslim Ban' which suspended the admission of refugees from Iran, Iraq, Libya, Somalia, Sudan, Syria, and Yemen. Each pendant represents one of these countries, enamelled with the dominant colour of their flag.

What key issues are you addressing with your work?

My work is based on the struggle of Syrian refugees who have been forced to abandon their homes and flee the conflict, continuing their lives in memories in sprawling refugee camps. I reflect my observation while I was in my hometown Antioch /South of Turkey where most Syrian refugees sought refuge in order to secure their lives. Another issue that I address is the rejection of people from Muslim countries entering the United states.

I mainly underline how those people spend years trying to build a secure life, only for it to be destroyed, losing their homes, land and belongings. They will continue their lives in isolated societies with the hope to go back to their countries where they belong to.

What impact do you hope to see through your work?

I think the state of the refugees and their struggle became so normal and that abnormality forced me to create my pieces. I aim to mirror the loss and destroyed lives of refugees by shifting the way they are perceived and depicted every day in the media.

Why is design important?

I think we design things to take our lives to a better dimension and to be less harmful to the nature. The way I design my pieces to express my uncanny feelings and to reflect socio-political issues that all human beings effected directly or indirectly.

Tell us about something you’ve seen that’s inspired you recently?

Recently, I have visited Serpentine Gallery to see Christo and Jeanne-Claud’s The Mastaba and the design stages behind the work. It’s just incredible to see how thousands of coloured barrels transform the landscape in Serpentine Lake.

Tell us about something you’ve worked on that’s made you feel proud?

During London Refugee Week in June, I invited 65 women and women with children to SARABANDE: The Lee Alexander McQueen Foundation. They are representative of the number of Syrian cities, to create a unique workshop. Collectively, we embroidered 3,700 Swarovski crystals, this is the distance in km from London to Aleppo, forming one of the 6 Arabic letters of السلام (Al-Salam), The Peace. Like a shrapnel or seeds for hope, sharp yet luminous, the crystals inhabit on my hand-woven carpet, which itself appears wounded. I aimed to facilitate and celebrate the collaborative process of creation, mending and reflection. There was also a World map for people to spot where they actually come from and the result was so wild. It was a day to unite people at one spot, SARABANDE, and that is the complete opposite of what war causes to people.

To hear more about Esna's work, join us at 6pm on the 19 September at the Design Museum. Find out more and book your tickets here.