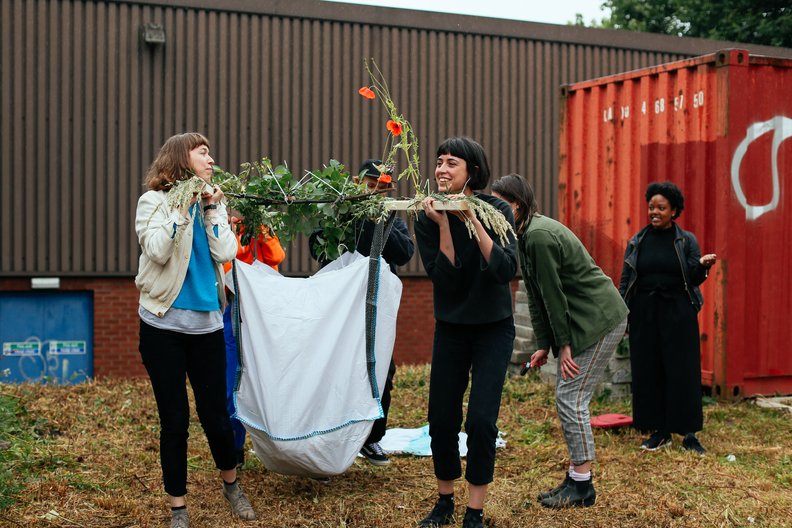 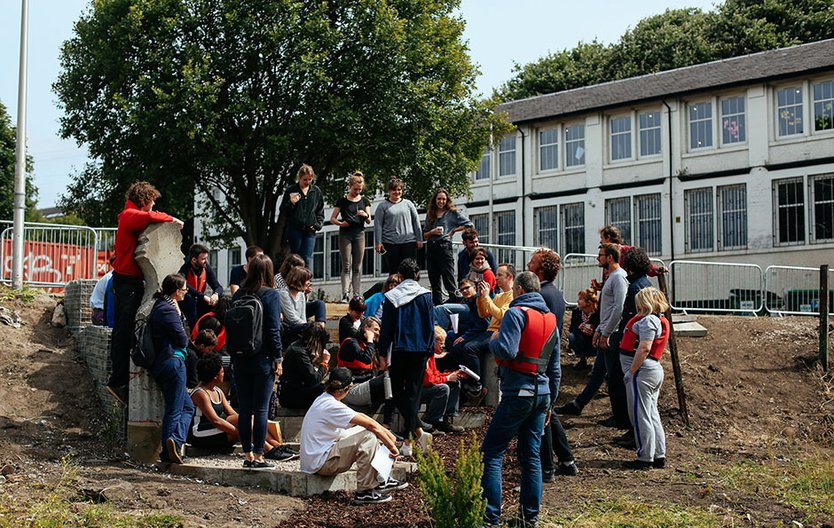 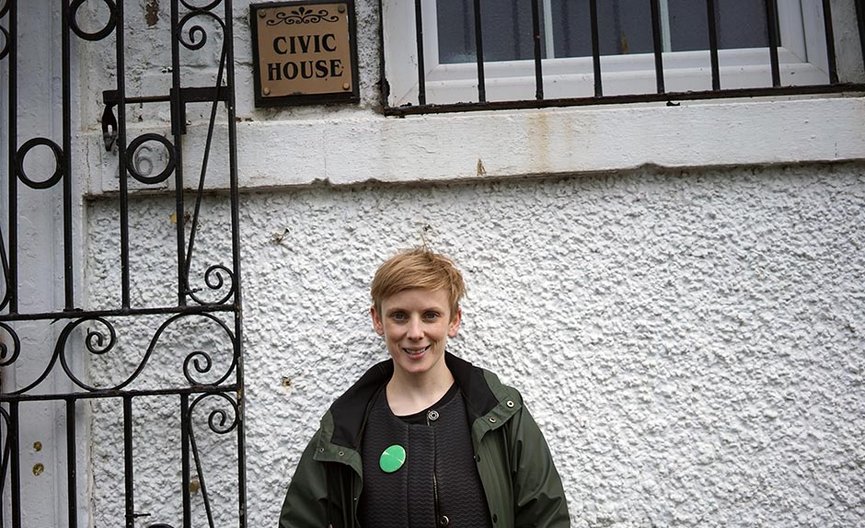 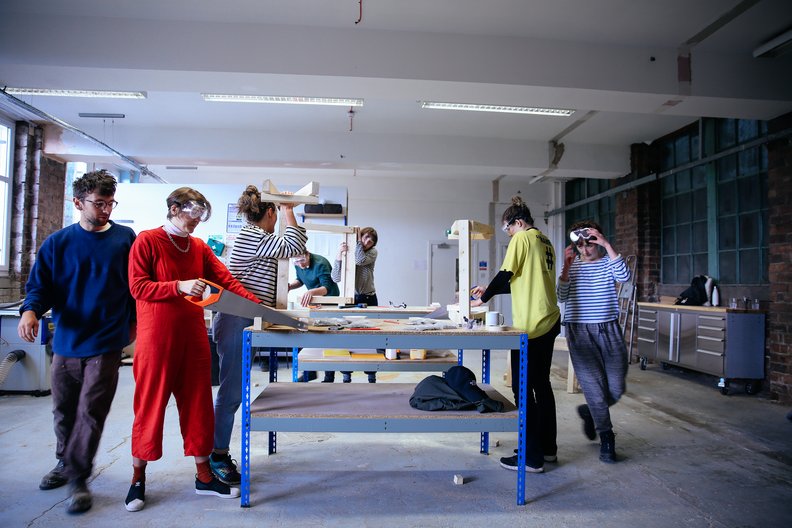 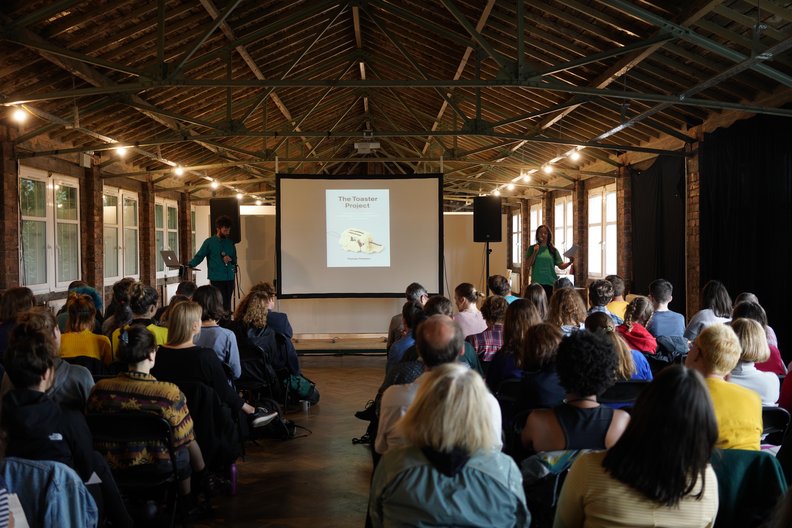 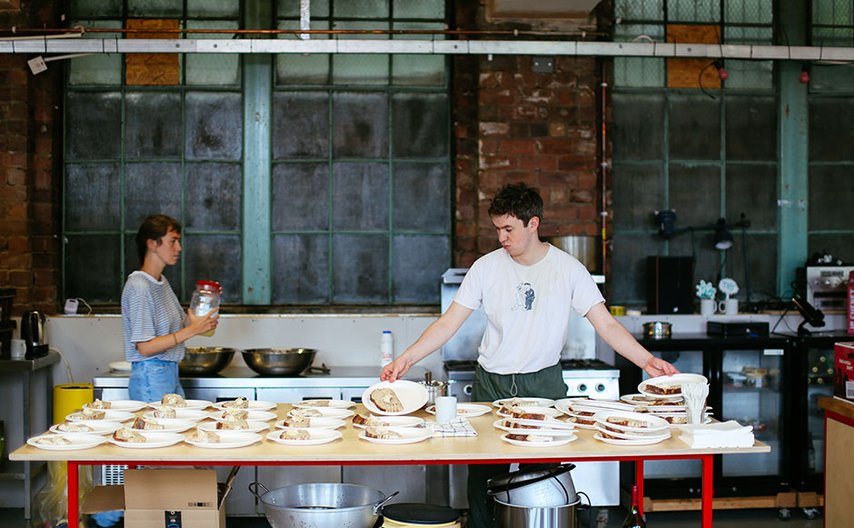 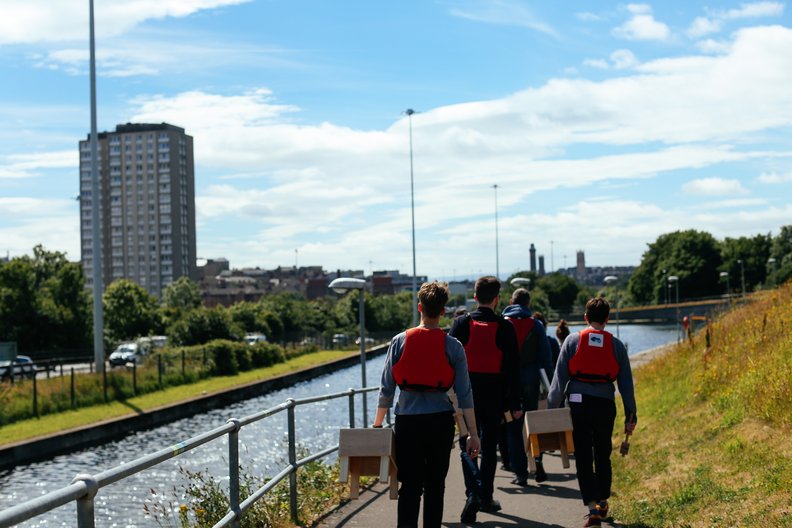 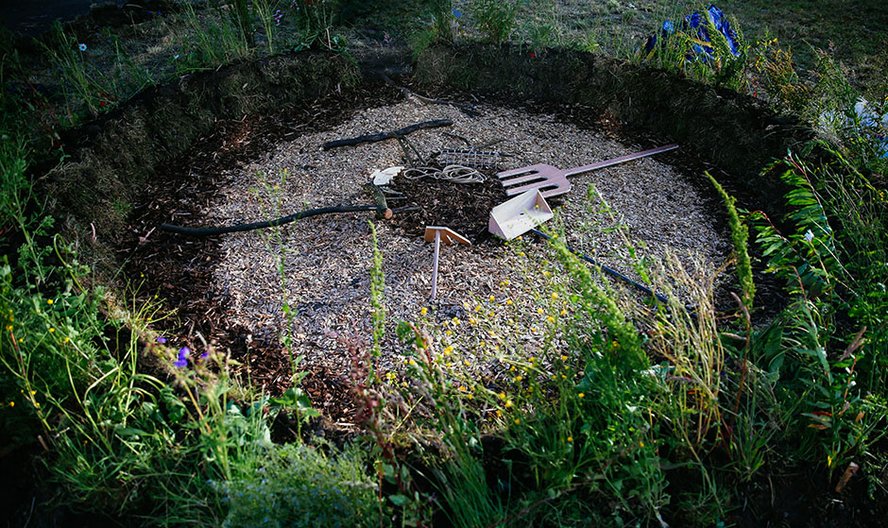 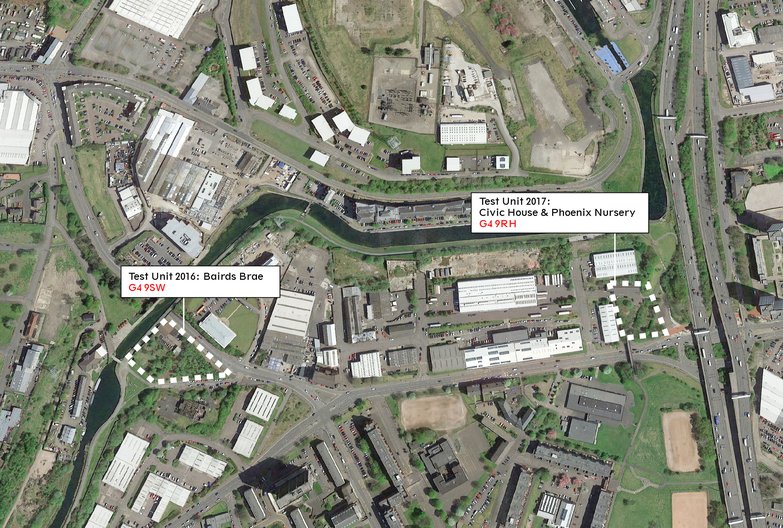 As part of Architecture Fringe 2018 Agile City ran its third edition of Test Unit, a summer school based in Glasgow exploring cross-disciplinary approaches to city development. Our Team Assistant Elena Tamosiunaite has travelled to explore the school and meet the participants as well as join the debates and workshops. Bellow she shares her experience and discoveries.

Test Unit is a project embedded in its location Spiers Locks in north of Glasgow. It’s the post-industrial area close to the city centre but disconnected from it by the busy M8 motorway. After industrial decline a radical masterplan was proposed for this area which included large-scale building works and huge capital investment, which was almost fortunately interfered by economic crash of 2008. Since then the area has become a testing ground for alternative city development placing cultural activity at the heart of the regeneration process and working cooperatively with local associations and community groups.

One of the leading voices of this inclusive city development is an independent research platform Agile City permanently based in one of the industrial Spiers Locks buildings Civic House. For the Test Unit summer school each year Agile City invites applicants from all over UK to apply and invite skilled facilitators to lead a unit exploring different themes which address local issues through focusing on a specific site to give a defined framework for experimentation.

For this year’s Test Unit had four main themes: 'Source Material' led by Baxedale who explored local context through the acquisition of objects such as redundant props from cultural institutions or stone or slabs left over from landscape regeneration projects. These found materials provided a means of documenting the local condition and was used to make a series of large steps for seating. 'Learning Platforms' with A Feral Studio took inspiration from the ideas behind 1968 Antiunivesrity London and Paul Elliman quote "a school is a building with a school in it" and investigated what would independent creative learning, embedded in place and context, look, act and feel like.  'The Severed Hand' led by Assemble encouraged developing construction skills through a collective process of making - using hand tools only without making or referencing drawings or models. The team were presented with images of two tables from Enzo Mari’s book Autoprogettazione and had to make these tables without the accompanying design plans. Through discussion, gesture, risking actions without being able to predict their outcomes, then learning from the physical results of this, makers felt their way through the process of building these tables.

The most striking Unit for me was 'The Co-op Protocol' led by Stealth.unlimited which included collaboration with Land and Water Co-operative (LAWC, Glasgow). A substantial part of the Spiers Lock site is currently subjected to practices of land-banking, whereby absent landlords retain control of derelict or underused land with the aim of making considerable financial gains in a future market. However, recently, the LAWC has made the landmark decision to seize and subsequently recommon freeholds which are not being actively used by their current owners and has called on a number of people with experience in setting up institutions of collective action to guide the LAWC through the critical period of laying out the groundwork as well as implementing the practical aspects of this. The Unit have proceeded to detail the setup of such an approach, broadly along the model of a Community Land Trust. This has resulted in a Protocol for the Commons, outlining the powers and responsibilities of the Land and Water Co-operative and which has subsequently adopted by the co-operative.