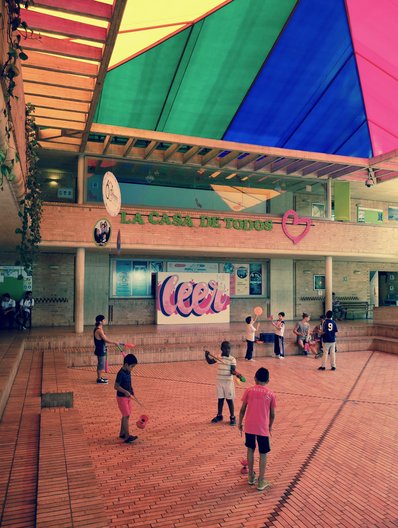 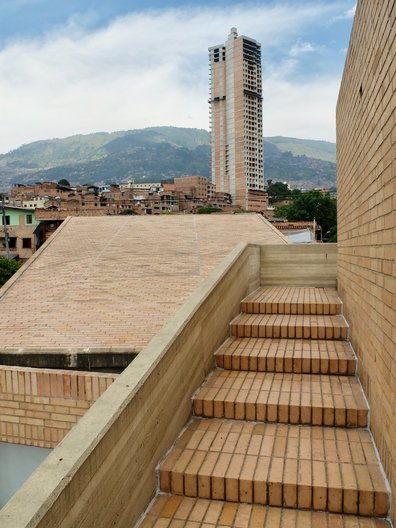 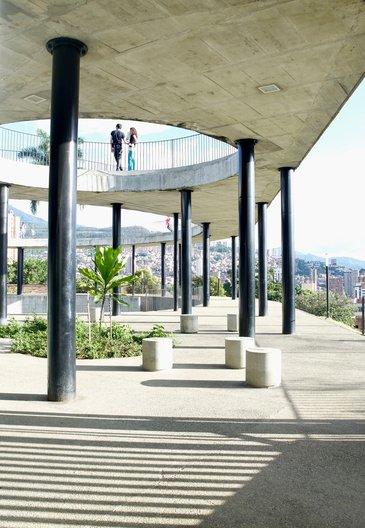 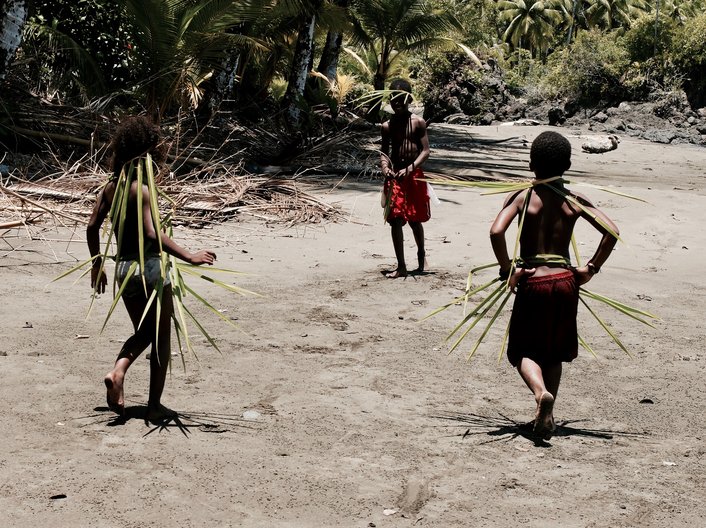 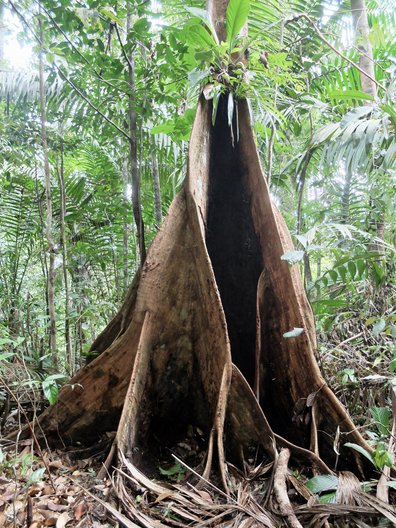 In her third blog post from Colombia, Rogelio Salmona Fellow, Freya Cobbin reports on her travels away from the capital, Bogota, and continues to explore the relationship between Salmona's buildings and those who use them today.

In the fourth week of the fellowship I crossed from the Zona Cafetera to Medellín by bus, and a few days later from there a short propellor-plane flight to Nuquí on the Pacific coast and finally a boat ride to arrive at La Chocuana in Playa Guachalito. Medellín is a city with an impressive recent history for delivering numerous community projects such as the UVA (Unidades de Vida Articulada) schemes dotted across the city in low-strata neighbourhoods, as well as a successful public transport system.

The opportunity to reflect on my findings at the tranquil Más Arte Más Acción residence away from the urban counterpart of this research trip has been very welcome. But moreover to spend time with the local community on the Pacific coast was very special.

Continuing on the theme of communities and culture, my last Salmona building tour in Medellín told a very powerful story from a grassroots community effort to celebrate their diversity; and finally, perhaps Choco taught me even more than the bricks and mortar of the built environment have.

Perhaps the last Rogelio Salmona building I will visit in Colombia has the most interesting story.

The community has a very strong participatory background - after constructing their own neighbourhood upon an old rubbish dump in an unusually flat part of Medellín wedged between the valley and downtown area of the city from the 70s onwards, the diversity that existed grew with more displaced persons arriving from the Antioquia countryside during la Violencia. They self-organised groups to collectively build each others’ homes. The sense of collaboration and joint-effort lay strong foundations for the request to come. The community formed a petition to the district council for a Casa de Cultura to express their celebrated diversity and host a range of activities for the community.

It was decided that due to there being no Salmona building in Medellín that the famed architect should put his designs to good use for the community. The site was carefully planned (several houses had to be demolished and reconstructed elsewhere to make way for the centre), and the community followed the process closely. The building was finished in 2007, the year Rogelio died.

Today what is impressive 10 years on, is that the building is still highly celebrated, and yet it has been adapted in many ways to suit the changing community needs. Principally, a multicoloured canopy has been stretched over the main courtyard to enable activities such as theatre, dance, performance and other games to continue as normal throughout the rainy season. This started as a temporary addition but it was required too frequently to be continually dismounted and so it has remained. The director tells me most architects turn their nose up at this crude addition but it has evidently helped the oversubscribed centre to run extra programmes, no matter the weather.

The Centro Cultural has dubbed itself ‘La Casa de Todos’ (everyone’s house), a sign of its celebrated social inclusion. And it is clearly bursting at the seams for space - the centre coordinator tells me they have a completely full programme of activities and events and they are open every single day the year, taking only four days off for Christmas, New Year and Easter. She knows it is important to offer the space as a refuge particularly on weekends and holidays when there is the more tension between family members.

More adoptions have been made. A small patio with three palm trees has been converted into a garden for experimental growing. There is a glass room insert on the first floor to provide extra library space and a corresponding reading zone with desks. The stairs leading to the balcony and have controlled access by a locked glass door due to security issues with children playing football on the roofs and the low balustrades. It actually surprises me that this is the first instance of restriction to Salmona’s roofscapes which is always striking me as a regulatory challenge (to British building codes at least)!

There is also a series of noticeboards introducing Rogelio Salmona as the architect and gives a brief summary of his design elements throughout the building, explaining the principles of the architecture. Perhaps the people here know more about the architect then many in Bogota.

The collective ownership of the community and management is impressive and has provided the strength of the centre’s ongoing success. They have been creative in adapting the spaces to their needs, instead of begrudging the shortfall of the original design for certain areas they have introduced their own elements. The design has proven to be flexible in this sense. Architects might wince, but who is really benefiting from the spaces after all?

I have arrived in the wettest place on earth. One is at mercy with the extreme weather conditions. The storms are like no other and the wind that whips anything left loose in the vicinity - including the stilted structure of the beach house, splashes a mist of precipitation on my face and all my belongings throughout the night. In the morning the sand is of perfect consistency for making sculptures.

Here there are no cars, no motorcycles, no roads. There are boats and boots for getting around. Telecommunication reception is available in unpredictable waves; better not to rely on it and assume oneself disconnected. The children here are imaginative creating games inspired from the nature that surrounds them and they are free in their secure environment, quite a contrast to city life. However, they still relish the opportunity to play on the adults’ mobile phones when permitted.

We play a game together on the beach: I am building a sandcastle. The grains are black due to the volcanic geology of the region. I scoop out sheltered courtyards and pile up the extraction as an undulating roofscape, connecting the spaces with ramps and stairs. Some sort of interconnected geometry with a relation to its surroundings. I am trying to emulate the sensation of Salmona’s architecture, although he never worked in Chocó Department. I invite the children to visit my creation.

We enter the space descending down a steep staircase into the hidden courtyard below. We pass through the threshold into a decision-making space. Do we enter the formal enclosure or mount the staircase leading to the cascading roofscape atop of the castle? The children make their decision to go for latter - of course, the opportunity to survey the land beyond from a vantage point is a more attractive prospect then heading inside. This in itself is an interesting reflection. Salmona’s very own Casa en Río Frío is humble in its enclosure, favouring the experience of the outdoors. Spend your time in nature when the weather permits, and when not, at least be looking onto your surroundings and celebrate the carefully curated views.

Now comes the participation. Kids, what else do we need in our castle here? Agua. Agua-agua-agua! They get busy carving out a sinuous river to deliver the much-needed water to a pool at the bottom of the landscape. They are intuitively bioclimatic in their design and erect a shelter from driftwood and coconut shells above the pool to shade the swimmers from the sun. The river is lined with pebble levies, should the water breach its banks and flood the castle. In the end who really cares about the architecture when you have the natural elements at your fingertips to be most enjoyed. It is often children who teach us the most important things.

To find out more about the exciting residencies, fellowships and travel grants we offer head to our Opportunities page and follow us on Instagram and Twitter.