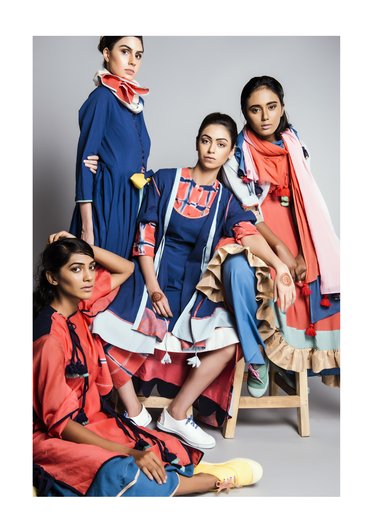 Three emerging designers - KA][SHA] by Karishma Shahani Khan, Ikai by Ragini Ahuja and Antar-Agni by Ujjawal Dubey - will represent India at London Fashion Week's Designer Showrooms. Selected by IMG Reliance for their winning exhibit The Indian Pastoralists at International Fashion Showcase which explored India's pastoral communities through the lens of sustainable fashion and craft heritage. These designers will be returning to London to present their collections at the invitation of the British Fashion Council.

Following India's award at IFS 2017 Ujjawal Dubey has won the regional round of International Woolmark prize and been named on Grazia India's 100 most influential list. Ragini Ahuja was selected for Who's Next in Paris and Karishma Shahani Khan continues to fly the flag for hand-crafted Indian textiles. Their presence at London Fashion Week bids to to boost Indian fashion talent internationally and celebrate UK-India Year of Culture 2017.