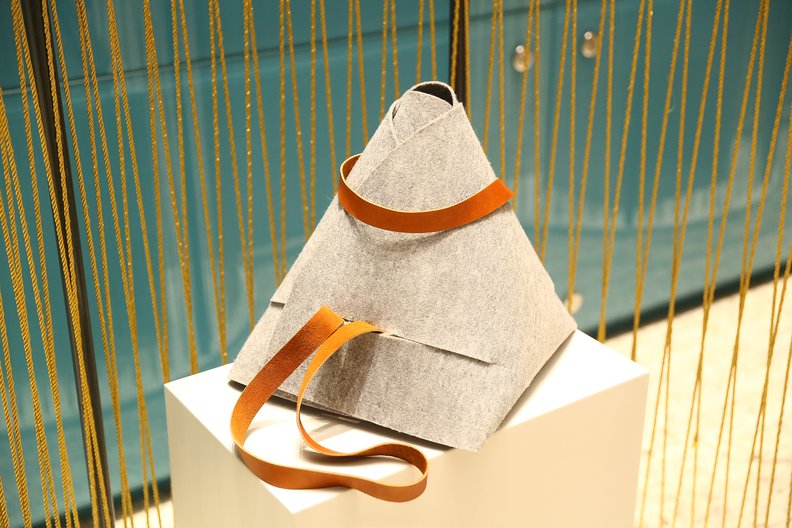 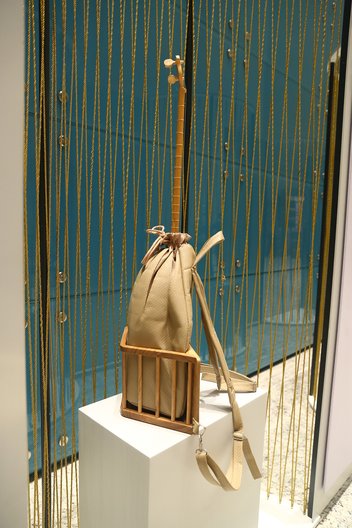 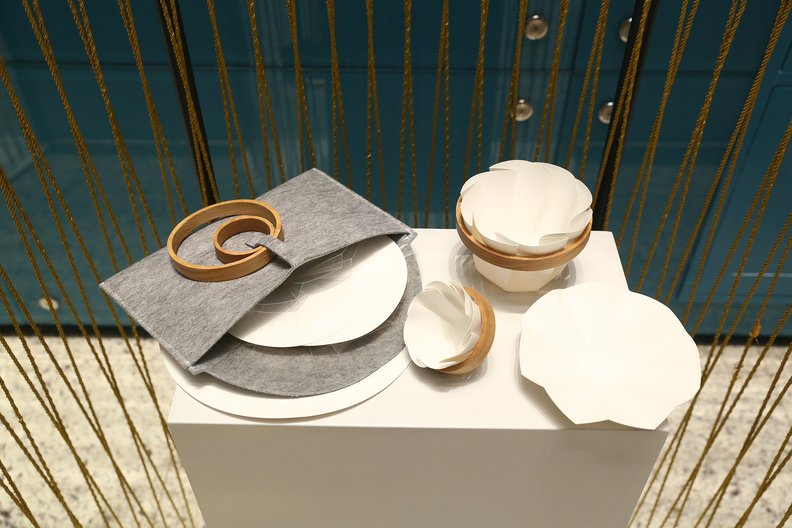 A set of dishes by Anastasia Leonova and Madiyar Zhapabayev 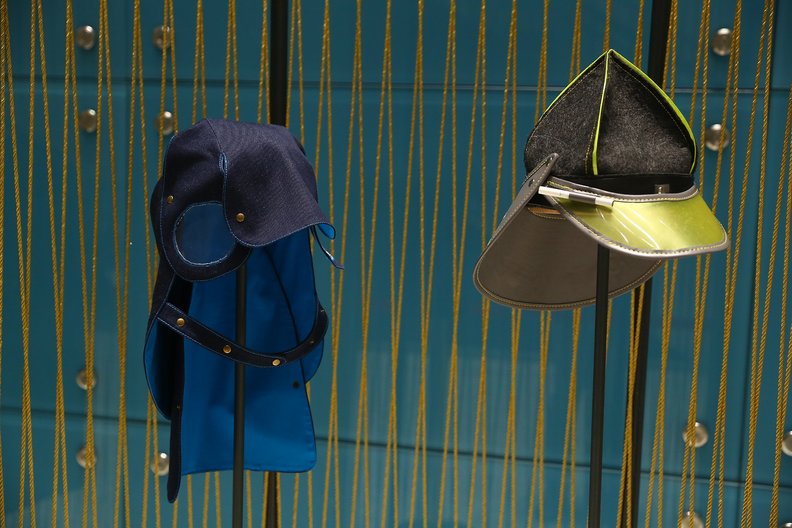 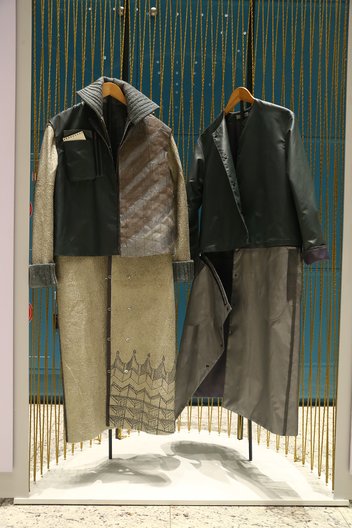 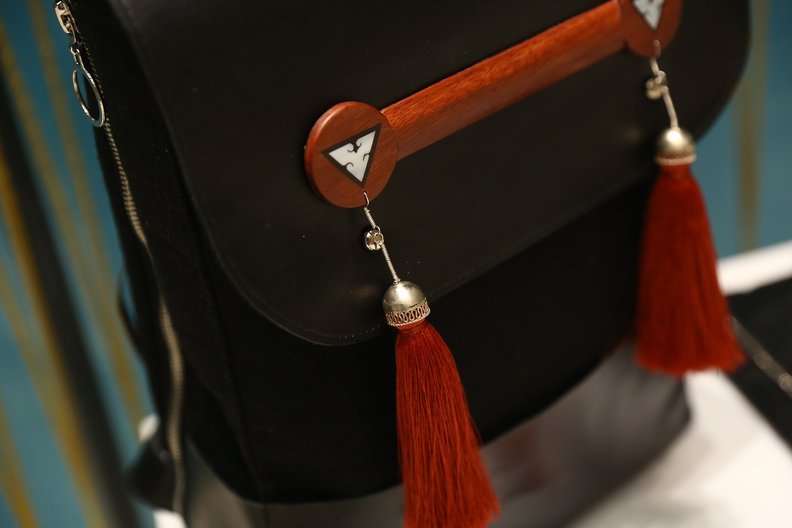 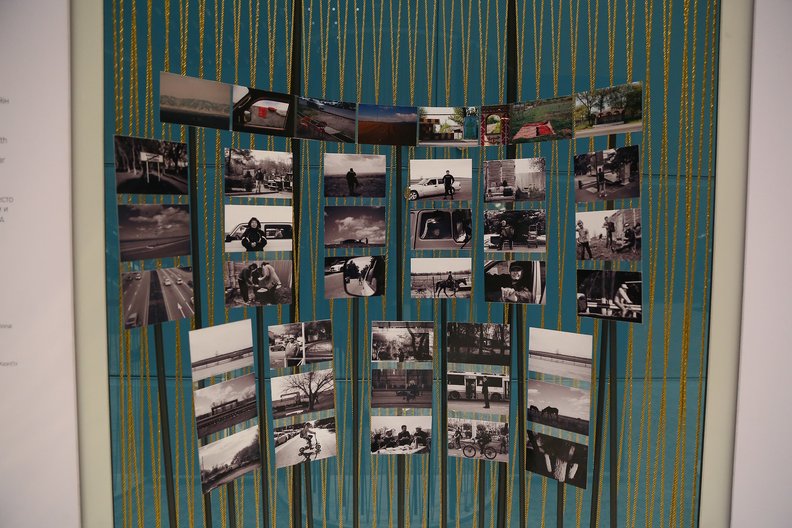 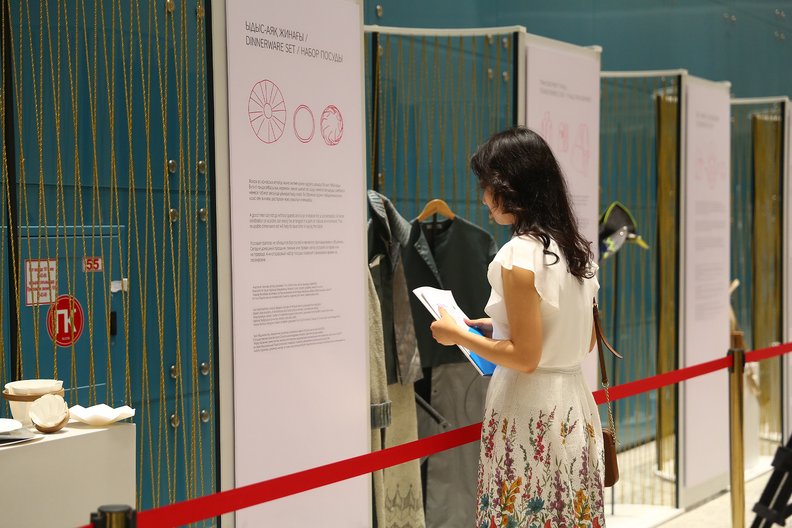 City Nomads is an ongoing project inviting a new generation of Kazakhstani creatives to investigate the cultural identity of modern-day nomads. Its first incarnation was an exhibition in London last June which turned to Kazakhstan’s nomadic past to make sense of its future.

In parallel with Expo 2017 in Astana the second edition of City Nomads will be hosted by the National Museum of Kazakhstan between June and August. The exhibition brings together designers and artisans to create six new objects which encapsulate city nomads and the cultural codes that inform their lives. The exhibition is not only a collaboration between emerging designers and craftspeople but also with curators, academics and exhibition designers in the UK.

In October 2016 the British Council launched a brief to students of Kingston University’s MA Curating Contemporary Design to investigate Kazakhstan’s design identity. The students devised a range of curatorial responses tracing nomadic traditions to contemporary culture through the themes of food, culture and domestic space and the cultural significance of storage chests. Following this research, five students travelled to Almaty for a weeklong study visit alongside the curators of City Nomads. They unpicked ‘cultural codes’ in Kazakhstan’s design and visual culture to set a brief for contemporary designers revolving around the resourceful, transformable, transportable and multi-functional design approach found in historical and contemporary objects.

These codes can be traced through the objects on display: a darkastan which functions as a bag and a picnic mat, a transformable and multi-functional set of dishes and a backpack for a dombra (a Kazakh traditional stringed instrument) which transforms into a stool for an impromptu performance. The exhibition design itself is also formed in response to the transformable, transportable and multi-functional curatorial brief. Originally imagined as a ‘Chest of Future Memories’ by the Kingston curator’s group - in which the entire exhibition could be packed down into a chest reminiscent of chests given to newlyweds in nomadic society - Atomik Architecture and Sarah Stallard have drawn on the lattice structure of nomadic yurts to design an exhibition which can spring up in new locations and formations across Kazakhstan as quickly as the nomadic dwellings of the past.

The six groups of designers and artisans exhibited in City Nomads also worked with tutors from MA Narrative Environments at Central Saint Martins in a three day workshop exploring different storytelling devices to communicate the context and uses of the objects. Each object responds to a modern-day city nomad who might use it, their environment and what role it might play in their life. A specially commissioned photo essay by Irina Dmitrovskaya and series of illustrations by Dias Murzabekov of Almaty Design School explore who the city nomads are and if they can straddle a metropolis, quench their thirst for new roads and preserve their roots.

City Nomads is part of Future Creative – the UK’s Cultural Programme at EXPO 2017.