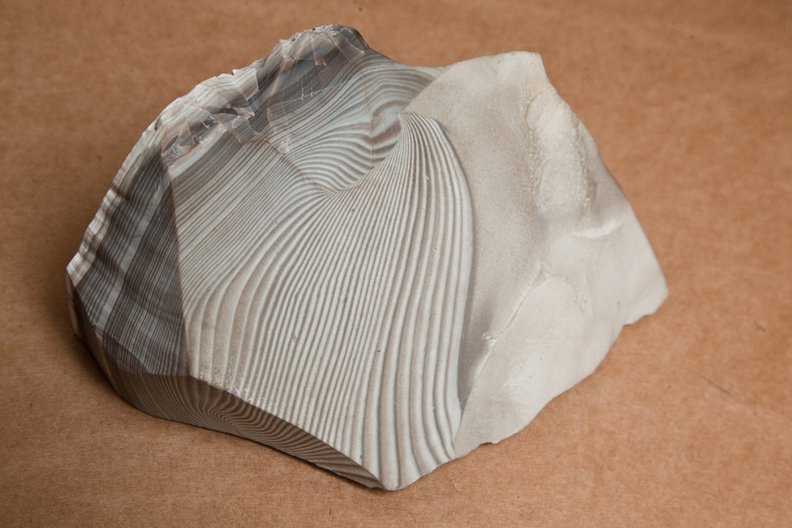 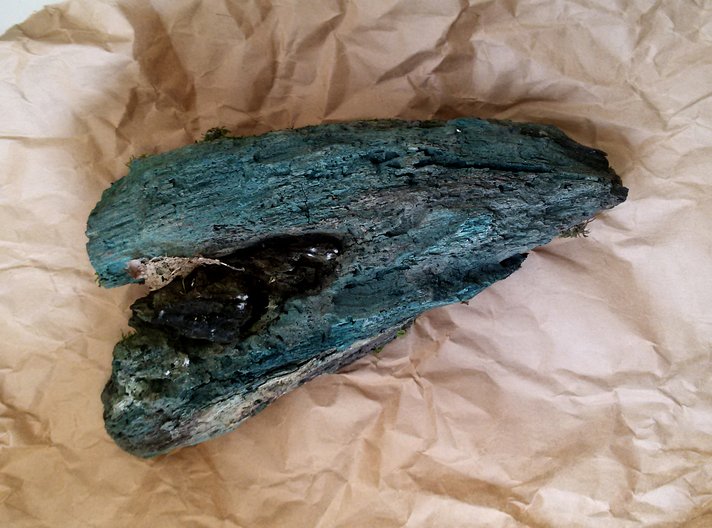 Following her first stay in Ditchling (July 2017) as part of the residency, Anna Bera shares some of thoughts and reflections and indeed some of the findings she gathered from walks on the South Downs.

Nature has such a powerful effect on me! It activates my creative thinking.  It always makes me curious about the relations between natural materials and their environment. I guess it must be  my deep desire to experience  the interconnectivity  wholeness of the world. During my stay in Ditchling, I have been drawn to rocks and fossils and wood found during exploratory walks near the village on the Downs. To my surprise I realised that fossilised wood (a material that I find very inspiring!), is not in is not at all fossilised, but petrified! Its characteristics though are similar to those of wood, being built out of alternating layers of lighter and darker strata. I noticed that lighter layers are less compacted and softer, while the darker ones are harder and more solid, as the growth rings in trees.

I also collected some species of fungi such as the King Alfred’s Cake (Daldinia Concentrica) which I found during a walk in Ewan Clayton's forest. This fungi looks like burnt wood or a black oak. Its concentric construction makes it look like a burnt and carbonated cross-section of a black oak tree trunk. Black oak is oak wood that spent hundreds or even thousands of years underground or under water. Oak wood contains tannins, which react with ferric salts present in water and in soil, which in turn change the colour of the wood from natural to grey-black or even blue-black. Black oak is most commonly found in the basins of Central and Southern Europe rivers. In the past, the wood was used in Poland to produce traditional furniture from Gdańsk.

Black oak can be found in Poland, green oak is popular in the United Kingdom, while burnt wood is a traditional technique. Additionally, oak is perceived as an exceptional species in itself, especially in Poland.  Before Christianity, it was believed that oak is a connection between the planes of the Cosmos. In early Middle Ages Slavs considered some tree species to be sacred due to their connections to gods, mostly giant oaks struck by lightning, which meant that they were chosen by the thundering god Perun.

Another inspiration from nature is a piece of green and blue wood that I also  found in Ewan Clayton’s forest during a walk. I picked that that piece of wood without any particular reason, just because I found it exceptional and beautiful. It turns out that it owes that unique colour to a fungi called Chlorociboria Aeruginascens, also known as green wood cup. After I returned home, I checked where one can find them and the use of green-stained wood. It turns out that this fungi often infects hardwood species, such as oak, which is then called 'green oak'. What is interesting about this fungi  is the fact that it does not cause the wood to decompose as much as other similar mushrooms. Because of that, the wood exposed to the staining pigment can be used in arts and crafts. In the 18th century, English woodworkers in the town of Tunbridge Wells, Kent, started using small splinters and veneers of the green-stained wood to form highly detailed pictures of animals, flowers, local landscapes, and geometric designs, which were often inset into the lids of small wooden boxes. These antiques are called 'Tunbridge Ware' and are very valuable today.