The British Council at London Festival of Architecture 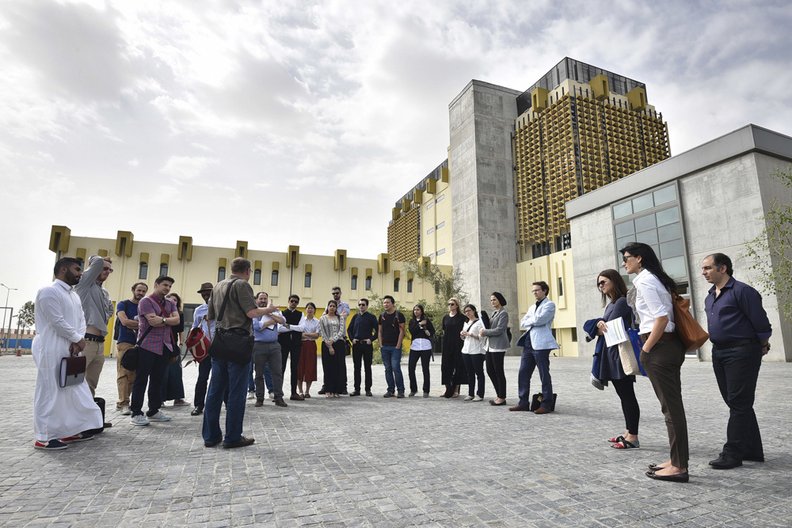 As part of this year's London Festival of Architecture, we have created two exhibitions and various events to create a diverse programme throughout June.

SEMINAR: ARCHITECTURE AND THE EVOLVING “COMMONS” – LONDON AND SEOUL

Organized by KCUK & Seoul Biennale of Architecture and Urbanism 2017

The Korean Cultural Centre UK (KCCUK) is proud to present Architecture and the Evolving “Commons” – London and Seoul, a seminar in partnership with the London Festival of Architecture, the forthcoming inaugural Seoul Biennale of Architecture and Urbanism 2017 (Artistic Directors – Hyungmin Pai and Alejandro Zaera Polo), SH Corporation, and the British Council.

The seminar takes place on Thursday 2 June from 4.00pm to 8.00pm at the KCCUK and is intended as a platform for exchange between some of the most influential practitioners from Seoul and London. Divided into two sessions, each session focuses on one city and its community. This seminar is accompanied by an exhibition entitled Existing City / New Resource at the KCCUK, which focuses on the question of ‘recycling the city’ and the current and future initiatives being undertaken by the Seoul Metropolitan Government.

AFTER BELONGING - A FORUM ON ARCTIC NEGOTIATIONS

After Belonging examines both our attachment to places and collectivities—Where do we belong?—as well as our relation to the objects we own, share, and exchange—How do we manage our belongings? For the first public presentation of the Triennale in London, After Belonging invites a group of architects and spatial practitioners to reflect on one of the proposals selected through an International Call for Intervention Strategies and that are being developed throughout the Triennale period. Nature, Labour, Land: A Public Spatial Archive for Kirkenes seeks to produce a forum of discussion for the construction of a new eco-political Arctic

With Introductions by:
Director of the Oslo Architecture Triennale, Hanna Dencik Petersson

Organized by Allies and Morrison and the British Council

This open studio reception and panel discussion has been organised by Allies and Morrison and British Council to mark the opening of the exhibition Streets of Doha.

The exhibition is focussed on the investigations and outputs of the Unlimited Doha Design Prize, a one week design-residency that took place in Doha, Qatar during March 2016, and which offered a unique opportunity for architects and designers based in the UK to collaborate with counterparts from across the Gulf region. Responding to the theme of the ‘Open City’ participants worked across disciplines to share skills and research, in the process developing the ideas and design solutions that provide innovative design models that will improve the experience of movement and accessibility within rapidly developing cities such as Doha. The residency was facilitated by Simon Gathercole of Allies and Morrison whose work at Mshiereb Downtown Doha is featured in the exhibition as a project widely considered to have set a new benchmark for regeneration in the region. The winning project as judged by an expert panel was City of Play, and the team including UK based designers ScottWhitbyStudio were awarded a prize of £15,000 to develop their designs over the coming year.

This first viewing and reception includes a short ‘in conversation’ panel discussion featuring some key participants of the residency including:

Those wishing to attend the open studio must RSVP to press@alliesandmorrison.com by 10th June.

Organized by the British Council and Central Saint Martins

The celebrated Italo-Brazilian architect Lina Bo Bardi once described architecture as ‘an adventure in which people are called to intimately participate as actors.’ In this talk and panel discussion, theatre and opera director and writer Finn Beames reflects on his experience as the Lina Bo Bardi Fellow 2015, during his research trip to Brazil and his current work to bring architecture and theatre together in performance. Finn will talk about his enquiries into Bo Bardi’s stage design and, more widely, the relations between theatre making and her architectural practice. This will be followed by a panel discussion.

Attendance is free but registration is required: jacob.demunnik@britishcouncil.org

Organized by the British Council in partnership with Atomik Architecture

Have those who live in the lands of the ancient nomads inherited the spirit of their forefathers? Are they retracing the well-worn pathways of their ancestors or have their tracks been completely erased by a few decades of Soviet control? Is the question of nomadic identity relevant now or has their culture been homogenised by communism and now globalisation? Could the word 'cosmopolitan' be a term for total nomadism? Are our cities now the new pastures for the modern nomad?

After 300 years of colonisation and subsequent Soviet rule, a new generation of Kazakhstani’s have been searching for the answer to these questions in an era of regained independence.

This exhibition convenes a new wave of talent from the creative community in Almaty to show how these individuals are forging a new identity and values blending the residues of the Soviet past, their desire to restore links with their nomadic past and with the ambition to become prominent players in the global community.

City Nomads will present work from photographers, illustrators, graphic designers, fashion designers, industrial designers, musicians, filmakers and architects to illustrate Almaty and investigate the relationship between the city and its nomadic past.