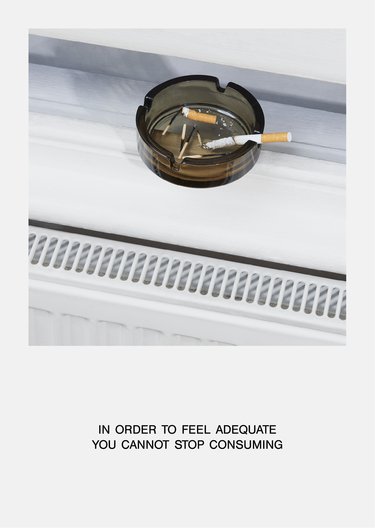 Home Economics is this year’s exhibition at the British Pavilion for the Venice Architecture Biennale. Before the exhibition opens to the public on 28 May, we talked to the curators about the ideas and concepts behind the exhibition.

This year, curators Jack Self, Shumi Bose and Finn Williams have invited established and emerging artists, architects and designers to produce immersive 1:1 environments, which challenge the status quo and propose new futures for the home. Each of the five rooms in the pavilion has been designed around different periods of time. These timescales – Hours, Days, Months, Years and Decades – correspond to how long each is to be called 'home'. This week we talked to Finn Williams about the exhibition title and theme, ‘Home Economics’ and how it fits into the broader context of architecture and urban planning, within the UK and beyond.What was the thinking behind the name of this year's British Pavilion exhibition, Home Economics?

Home Economics, for most of us, means the science of household management; from cooking eggs to paying bills. We're interested in how these domestic concerns operate at a larger scale; how they influence the way society and cities work. For us, the title is also a play on words: the exhibition is about the home, but it’s also about exploring the financial and political forces that drive the way we live and build homes today. We hope that it results in a show that uses a familiar format – most of us have studied home economics as a subject in school, and of course all of us live in a home – to ask unfamiliar questions about the housing crisis.

Why do you feel this theme is particularly relevant in architecture and planning in the UK and more widely, around the world?

For this year’s Biennale, Alejandro Aravena asked each nation to “report from the front” on issues where architecture can make a difference. The front line in Britain right now is, unavoidably, the housing crisis. We are just about to have London mayoral elections where housing is at the top of the political agenda. That hasn't been the case for generations in the UK Given that housing is also an architectural issue, it felt important – or even essential – for us to address this in the British Pavilion.

Our view of the housing crisis is that it isn't just a crisis of supply failing to meet demand, but a crisis in the way we live. The political debate today – and the solutions in terms of planning – tends to be framed in terms of numbers of units, or levels of affordability. These are very quantitative measures for defining, and dealing with, the housing crisis; but it feels like this is only part of the solution. If we don't get to grips with how households are changing, we can flood the market with numbers of units, but they're not necessarily going to be the kind of homes we actually need today. That’s why Homes Economics isn’t about designing better layouts for existing tenures and typologies; it’s about proposing new models for domestic life.

Why did you feel it was relevant to look at the home through time of occupancy?

When we looked at the way domestic life is changing, it seemed to be primarily changing through the way we spend time in the home. For example the sheer number of homes rented day-by-day through Airbnb, or the huge shift towards unsecure rental contracts of a few months because of the impossibility of home ownership, or the significant increase in people living longer and needing a home for decades. These big shifts, resulting from technological or demographic change, are playing out through time. We wanted to ask how architecture can respond to these new patterns of life.

If you look at occupancy over a period of hours, the sharing economy is bringing a different kind of shared space; whether that's people renting out their home to psychotherapists while they're at work through sites like Vrumi, or the growth in communal amenity space in high-density developments which are only used for a matter of hours.

If you think about a timescale of days, there's a growing class of people who live and work across more than one city or country. They might feel as comfortable in London as they do in New York or Stockholm, moving from Airbnb to Airbnb, or office to office through co-working space. It’s their ability to log in to virtual social networks that really makes them feel at home – in other words, ‘home is where the wi-fi is’.

If you look at living over a period of months, that co-working model is now shifting into co-living, where you live month-to-month through a form of club membership fee. So rather than pay rent to a landlord, you pay a flat rate, much like having a phone contract, that includes everything from your utilities bills and council tax to your linen service.

Looking at the home over five time periods – Hours, Days, Month, Years, and Decades - freed us from coming up with proposals that were overly specific to a typology, tenure, or location, and allowed us to develop models. For us, a model is something that can be applicable at a large scale, as opposed to a project which is a one-off example of how that model is applied. So we've been quite conscious to make sure that each of the proposals - the five proposals for the five different time periods – are widely applicable and could be translated by different people in different situations.

What would you like people to take away from visiting this exhibition?

We hope architects visiting the show will leave with the impression that the home is really a product of design, and so, in turn, is there to be redesigned for the way we live today. That isn’t just about designing the layouts and elevations of residential development, it’s also about seeing the fundamental conditions behind housing as fields for creativity and critique – whether planning policies, space standards, mortgage terms, or viability assessments.

So, for example, we asked what it is to live in a place for a period of years. You can't escape the fact that, for many of us, the goal is to move from renting to home ownership. In the current economic system, that tends to mean buying your home via a mortgage, renovating over a period of years, and then selling at a profit. That model makes sense from the perspective of an individual, but it's destructive at the scale of the city; homes are increasingly being treated as assets for speculation rather than places to live. Julia King’s proposal for Years redesigns the mortgage to remove speculation from the equation. For me, that’s an architectural project, it just doesn’t necessarily involve drawing lines.

So, I hope architects go to our exhibition and feel empowered to take on more of the system that sits behind housing. But equally, I hope it's not just architects that go. We've worked very hard to engage with the wider industry that makes the decisions that shape the city, whether housebuilders, banks, or local authorities. They've helped inform the proposals for each room, and formed partnerships with our participants that will hopefully go on to inform practice in the U.K. We hope that looking at the home through the lens of time helps all of us find a different perspective on how to approach the design of homes in the future.