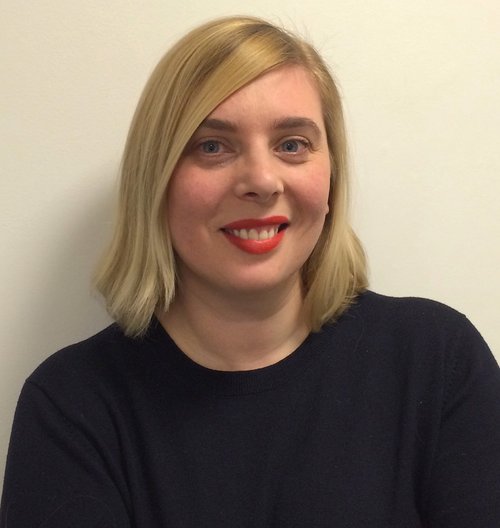 The British Council has appointed Sarah Mann – currently Programming Lead for London at the National Trust – as its new Director of Architecture Design Fashion. Sarah will join the British Council in April this year, taking over from Vicky Richardson who is leaving after six years in the role.

At the National Trust, Sarah has been developing a strand of contemporary programming for a portfolio of historic properties. Previously, she was Programme Manager for the British Council on Connect ZA, a three-year season of arts projects focused on building connections between emerging creative industries in the UK and South Africa. She commissioned projects including the Maker Library Network with Daniel Charny as part of Cape Town's World Design Capital and Joburg Photo Umbrella with Brighton Photo Biennial and the Market Photo Workshop.

Between 2008 and 2012, Sarah was part of the curatorial team and Head of Learning and Participation at Somerset House, where she worked on a ground-breaking series of exhibitions and public programmes including SHOWstudio: Fashion Revolution, Pick Me Up: Graphic Arts Fair, Maison Margiela 20 and Tim Walker: Storyteller. Sarah has an MA in Curating Contemporary Design from Kingston University and the Design Museum.

As Director of Architecture Design Fashion, Sarah will lead on the British Council’s work; producing, commissioning and coordinating a diverse array of projects, linking designers and cultural institutions around the world, which range from showcases of international architecture and fashion in the UK to major international touring exhibitions, such as New British Inventors: Inside Heatherwick Studio and the British Pavilion exhibition at the Venice Architecture Biennale.

As we welcome Sarah, we bid a very warm farewell to Vicky Richardson, who is leaving the British Council to work on exhibition and writing projects, and to continue research she began as part of a recent Master’s degree in History. Under her leadership, the Architecture Design Fashion department has seen considerable growth in its programme and in the opportunities it offers British designers for overseas travel and research. She has placed a new emphasis on introducing international talent into the UK’s design scene by bringing the work of young designers from overseas to the UK for London’s key festivals, spearheading successful international showcases at London Fashion Week and London Festival of Architecture.

Vicky has led the transformation of the British Pavilion at Venice Architecture Biennale into an important opportunity for research, as well as a showcase for the best of British architecture. Since 2012, the exhibition has been commissioned through an open competition and, through the Venice Fellowships programme, has also offered new opportunities for architecture students to gain valuable experience.

Vicky will continue in her role as Commissioner of the British Pavilion until the opening of Venice Architecture Biennale in May. Sarah will join the team in mid-April, with ADF's João Guarantani and Vicky acting as Joint Directors until then.