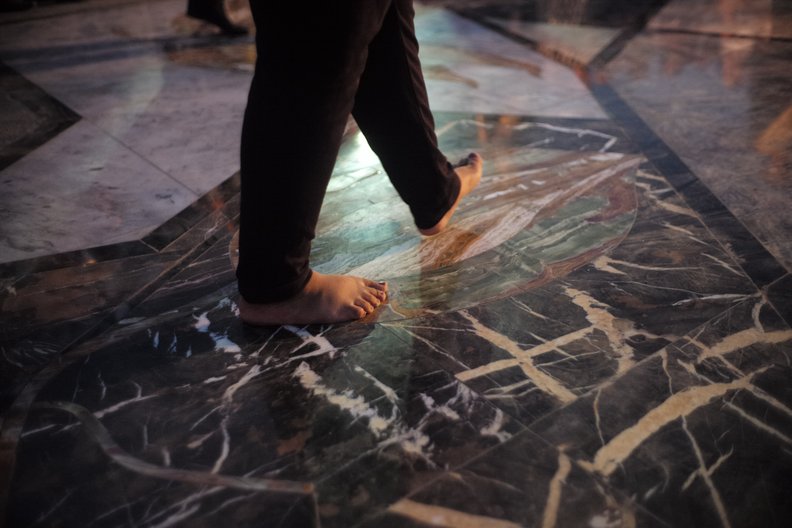 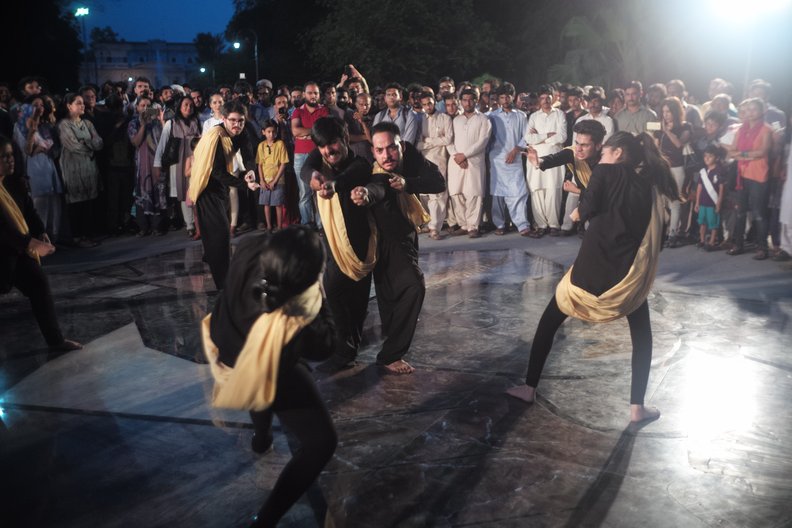 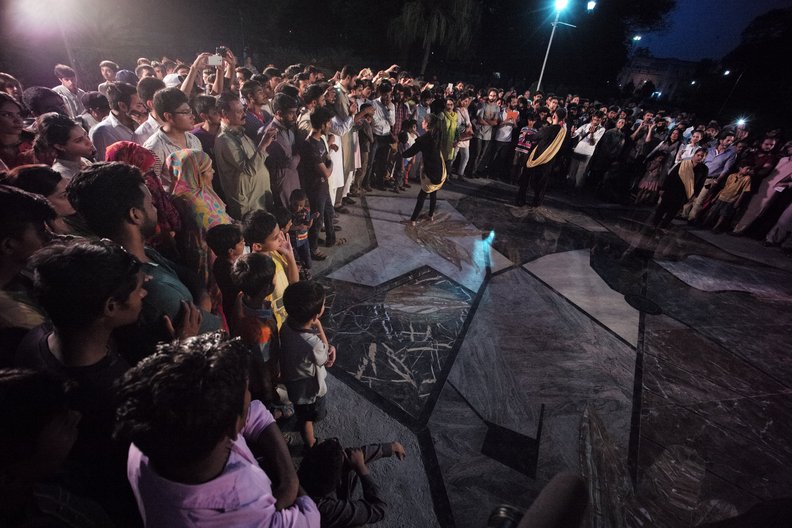 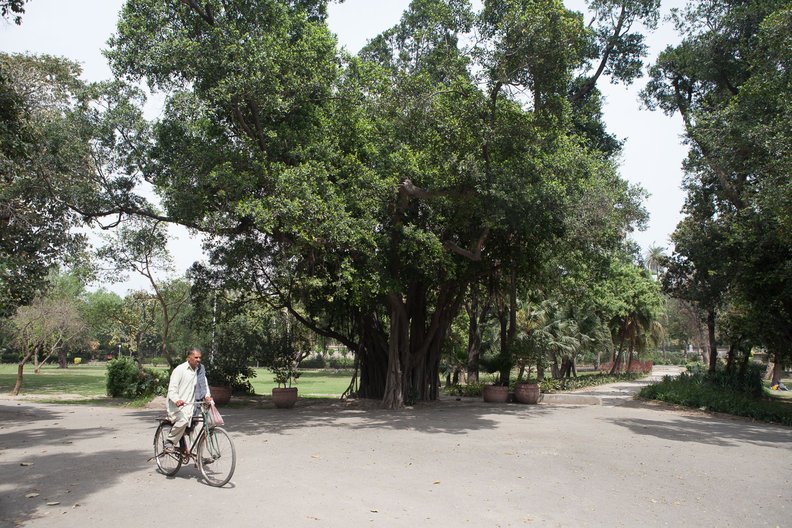 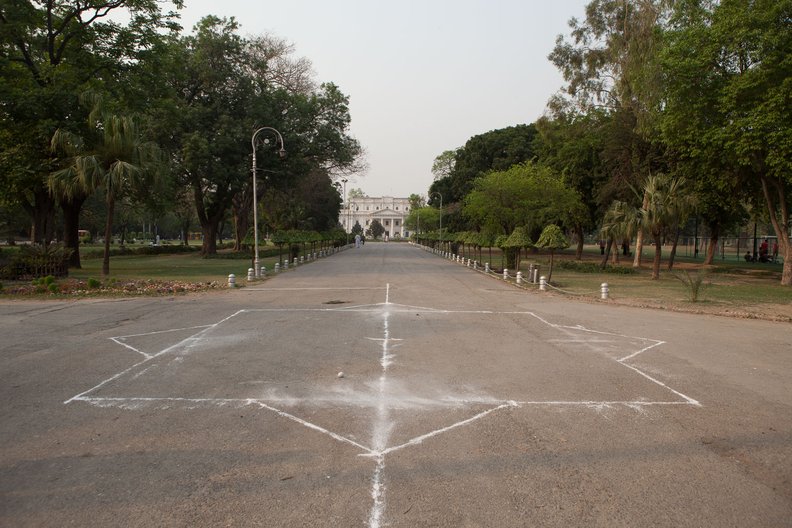 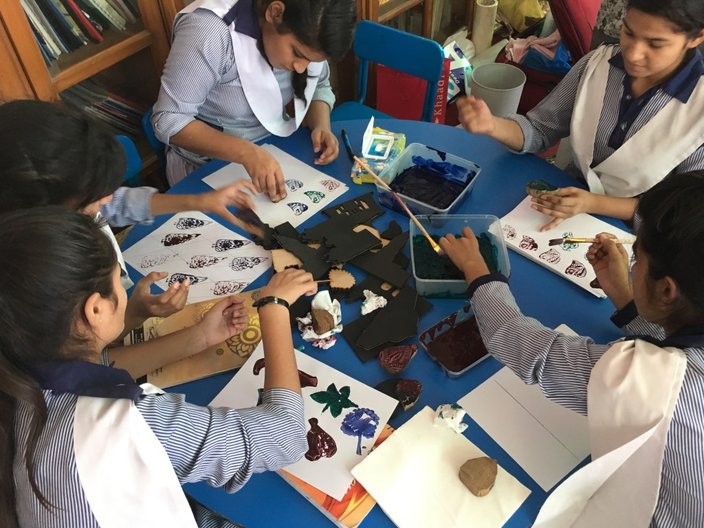 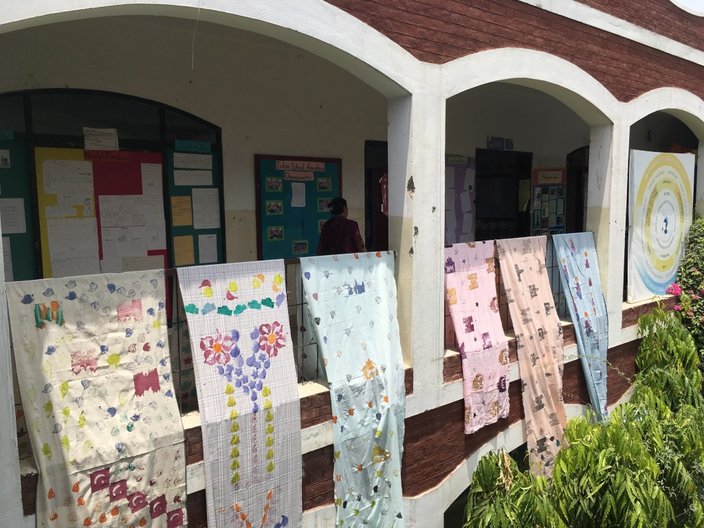 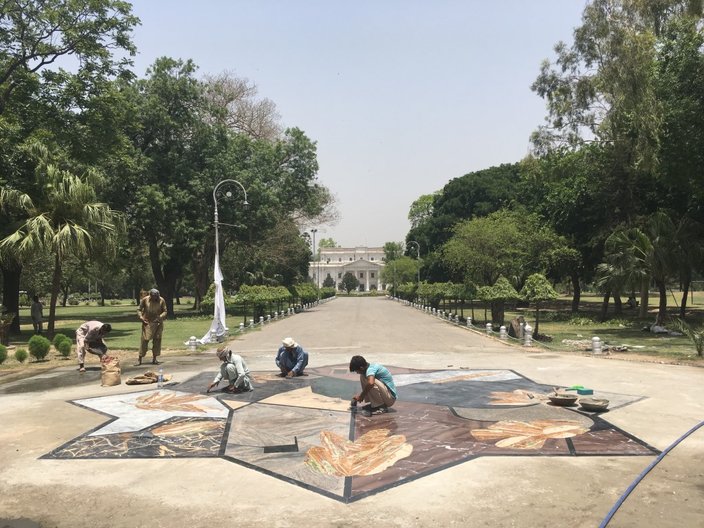 Since December 2015, Pidgin Perfect have been working with Pakistan based artists to deliver Rooted / پیوستہ (Paivasta), a programme of permanent artworks for Bagh-e-Jinnah (Lawrence Gardens); as part of wider Twinned Cities framework between Glasgow and Lahore promoted by the British Council.

Rooted / پیوستہ (Paivasta) is a public art project for Bagh-e-Jinnah (Lawrence Gardens), Lahore. Curated and commissioned by the Lahore Biennale Foundation (LBF) and British Council Pakistan, with generous support from Parks and Horticulture Authority (PHA) Lahore, the project is the second in the Art In Public Spaces series at LBF.

In December 2015, the LBF and British Council sent out an open call inviting creative individuals and collectives in Pakistan to consider, Bagh-e-Jinnah (Lawrence Gardens), through a critical lens, and submit proposals to collaborate with Pidgin Perfect to deliver an on-site, permanent artistic intervention.

The jury chose Lahore-based artists Unum Babar and Matt Kushan; who have been collaborating ever since they met while completing their MFA at Massachusetts College of Art and Design in Boston. Both artists have individual multidisciplinary practices ranging from installation, photography and video to new forms of digital and interactive media.

Rooted / پیوستہ (Paivasta) proposes 8 new permanent artworks for the Bagh-e-Jinnah, which reference, and have a resemblance to, the heritage of the site. The project encourages the viewer to explore and personalise undiscovered spaces in the park, and find nooks within its rare and historic flora. South of the Quaid-e-Azam Library, an Islamic star inlaid into the ground acts as a marble compass; a map leading the way to seven such sites. The destination of each of the seven routes is a 'Point of Contemplation', marked by marble seats sited to inspire introspection and solitude.

The form of this marble compass stems from the very traditional Islamic geometric pattern of the eight-pointed star. The geometry within this star is an abstract map of Bagh-e-Jinnah with each segment laid in indigenous marble and each point on the star leading the viewer in the direction of the chosen site.

Rooted / پیوستہ (Paivasta) will finally be unveiled to the public on Friday 3rd June 2016 between 6-8pm in a public event which will launch the artworks and acknowledge the important role that public art can play in connecting people with the city and building better communities.

The event will be hosted in collaboration with Olomopolo Media, a theatre and cultural organisation based in Lahore, who will presently a newly commissioned mime performance referencing the artworks and using the marble compass as a stage.

Later in 2016, a short documentary film and publication will be released showcasing the process undertaken to deliver the project and celebrating the work of everyone involved.

Alongside the programme of permanent artworks for Bagh-e-Jinnah, Marc Cairns of Pidgin Perfect with Unum Babar and Matt Kushan, and supported by Rabtt, delivered a series of workshops at Sanjan Nagar High School to widen participation across the city of Lahore with Rooted / پیوستہ (Paivasta).

A shared history of motifs, fabrics and crafts between Scotland and Pakistan inspired a bespoke printing workshop which used textiles and block prints manufactured in Glasgow and Lahore to create colourful new patterns and stories. The outcomes of these workshops will be installed across Bagh-e-Jinnah on Friday 3rd June, acting as way-finding along the seven routes directed by the marble compass.

The Lahore Biennale Foundation (LBF) is a not for profit organisation, committed to the transformative power of art and its role in sustaining a balanced society. LBF aims to expand the role of the arts in Pakistan by making them a larger part of public discourse and consciousness, to introduce art in public spaces, and reestablish a dialogue that cuts across national boundaries, and to create linkages in the arts between Pakistan and the rest of the world. Their goal is to create with a shared vision to explore the transformative power of art and the enrichment that it can bring about within the society.

The British Council Arts supports the creative sectors in Pakistan and the UK through opportunities for co-producing and showcasing work under a Twinned Cities framework, access to UK expertise in areas such as Cultural Policy, Creative Economy, Museums and Heritage and Disability Arts. Rooted / پیوستہ (Paivasta) is part of the Lahore-Glasgow programme which has been based on poetry in translation, exchange of illustrators and musicians and curatorial partnerships.

The Parks and Horticulture Society (PHA) Lahore, formed in 1998, is a Lahore District Government body. It has been actively engaged in developing and regulating public parks, botanic gardens, and the city landscape, helping to maintain Lahore’s title as the ‘City of Gardens’. Rooted / پیوستہ (Paivasta) presents an opportunity for the Government to transform one of these green areas into a creative space for the public.

Pidgin Perfect is a creative studio based in Glasgow which works to place the community at the heart of projects; combining research, participation and design to help build better communities for everyone. They have presented projects at the 13th Venice Architecture Biennale, 2012 World Design Capital Helsinki, 2014 World Design Capital Cape Town and Glasgow 2014 Commonwealth Games. Since 2011, the studio has received a number of awards for its work including the Royal Scottish Academy Medal for Architecture, the Scottish Quality in Planning Award and the inaugural Herald Society Legacy Award.