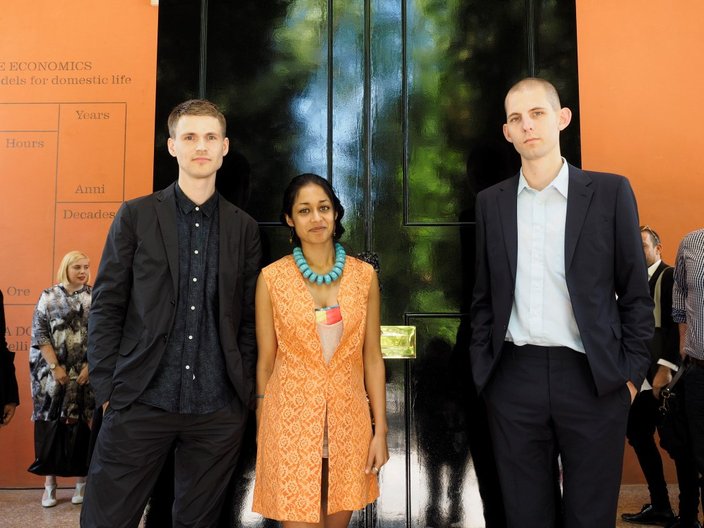 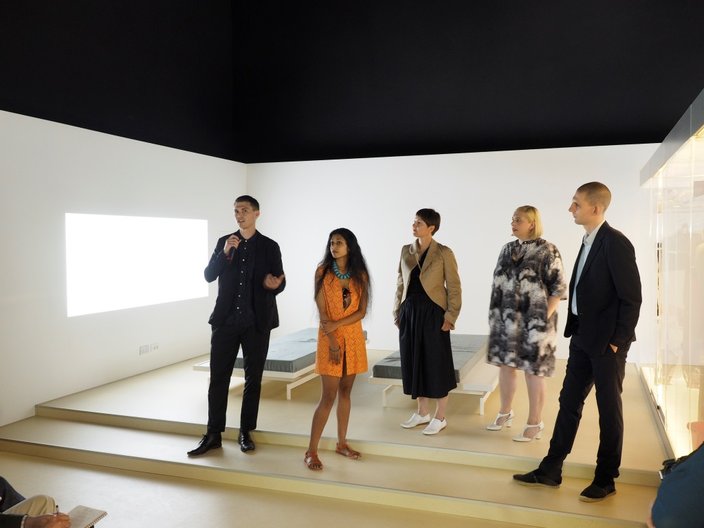 VIP tour led by the curators and with Vicky Richardson, Commissioner of Home Economics and Sarah Mann, Director of ADF 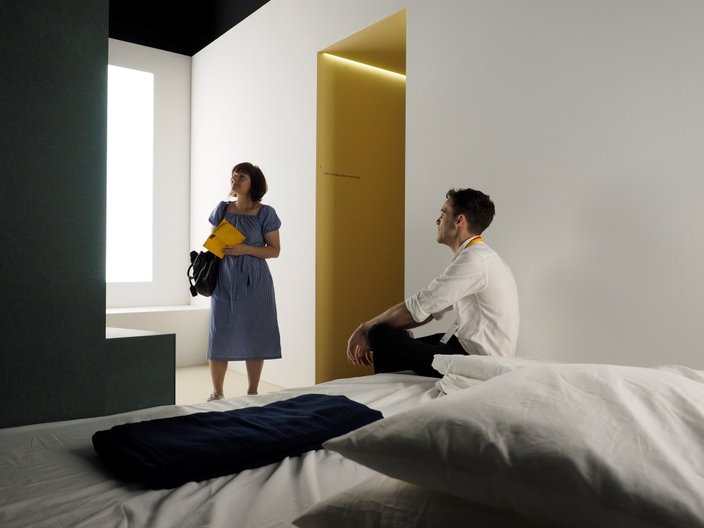 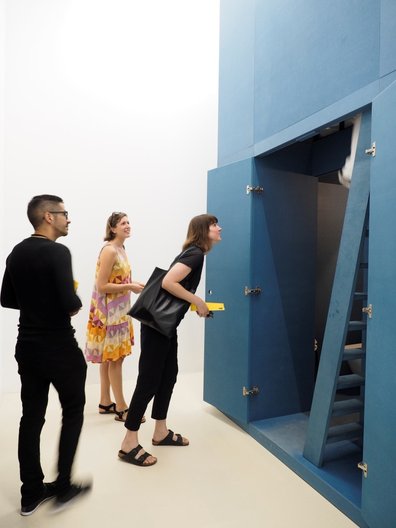 Months by Dogma and Black Square 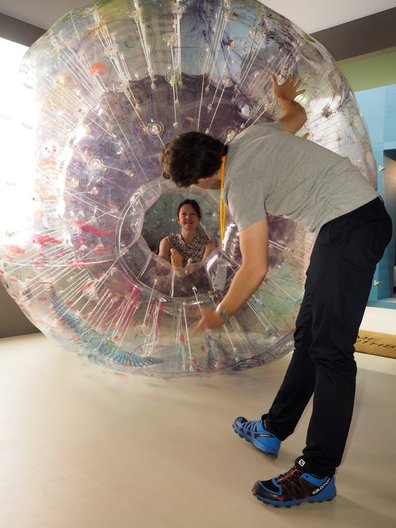 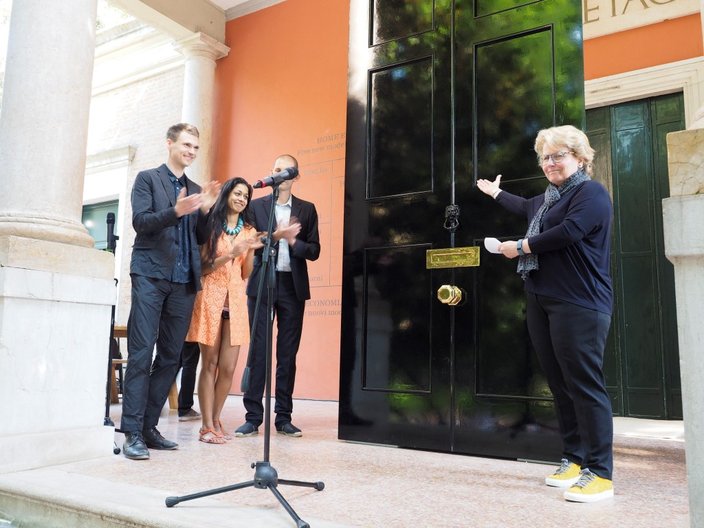 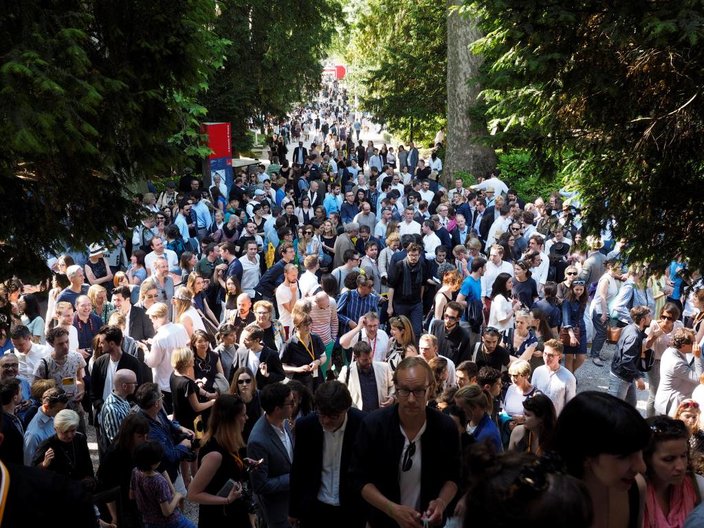 Crowds entering the British Pavilion at the official opening 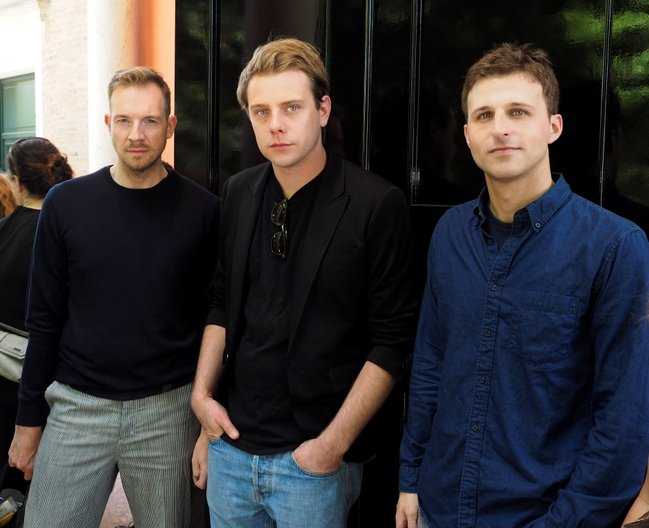 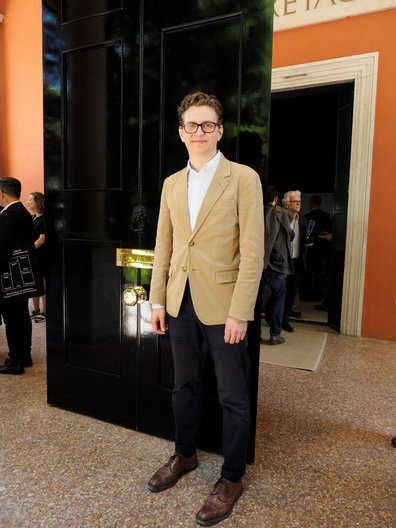 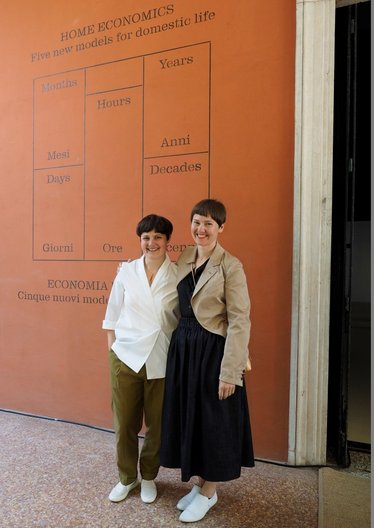 Home Economics at the British Pavilion is now officially open! The exhibition has had a tremendous response, receiving over 15,600 visitors in the first five days.

On 26 May, much-loved comedian and political commentator Sandi Toksvig, OBE, officially opened the British Pavilion with a knock on the Home Economics door. Avoiding all knock-knock jokes, thankfully, Sandi’s speech had the crowd laughing and nodding along to some of the home truths she delivered, which ranged from the British obsession with draughts to the realisation that her house earns more than she does, and called for the abolishment of housework as well as the urgent, universal need for better housing.

Also part of the opening ceremony were the exhibition curators, Jack Self, Shumi Bose and Finn Williams; British fashion designer J.W.Anderson whose designs feature in the show; the British Ambassador to Italy, Christopher Prentice; British Council, Trustee James Cronin and Director of Architecture Design Fashion, Sarah Mann. Commissioner of Home Economics, Vicky Richardson spoke about the British Council’s efforts to establish the British Pavilion as a platform for research and ideas about architecture, both through the exhibition open call and the Venice Fellowships programme.

The opening was just the start. In addition to the curators tour with V&A architecture curator Kieran Long, the pavilion also played host to panel discussions with our partners, the Architecture Foundation and RIBA, with speakers from around the world, including Richard Rogers (RSH+P), Kunlé Adeyemi (NLÉ), Philip Gumuchdjian (Gumuchdjian Architects), Anupama Kundoo (Anupama Kundoo Architects) and British architect, Norman Foster (Foster + Partners). The public opening then featured two lively discussions in the gallery; the first, Five New Models for Domestic Life, was led by Guardian architecture critic, Olly Wainwright, and explored the exhibition’s propositions with the room designers and curators. The second, Beyond The Housing Crisis, was chaired by Finn Williams who spoke to a new generation of disruptive developers about what Home Economics means for the future of house-building, with Reza Merchant (The Collective), Rachel Bagenal (Naked House), John Nordon (PegasusLife) and Martyn Evans (Uncommon). You can listen to these panel discussions here.

As the curators state in the exhibition book and in their opening speech, Home Economics is testament to collective ambition and support from many, a special thanks to our exhibition sponsors: Arup, eldoLED, Forbo, iGuzzini, The Spaces and The Vinyl Factory. The accompanying book for Home Economics can be bought online here.

Home Economics will be open to the public throughout the 15th International Architecture Exhibition – La Biennale di Venezia from 28 May to 27 November 2016.