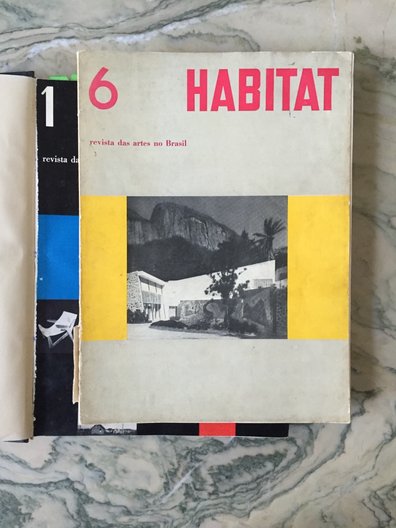 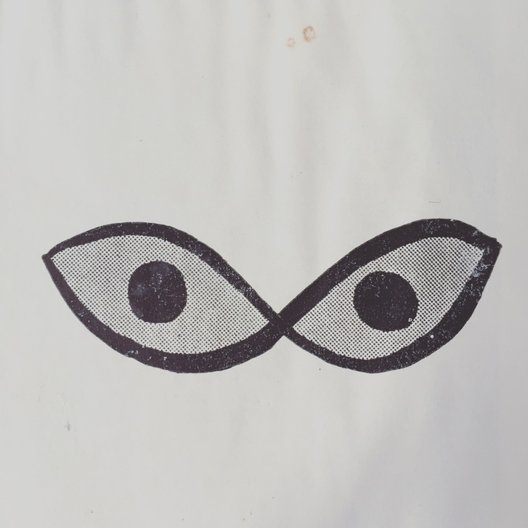 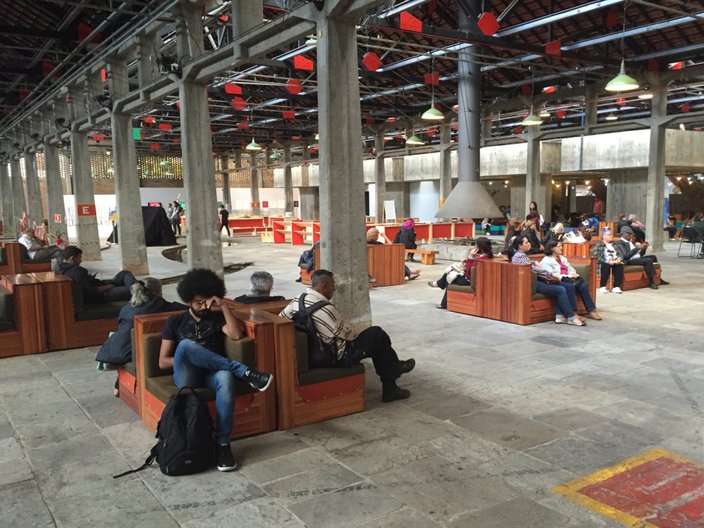 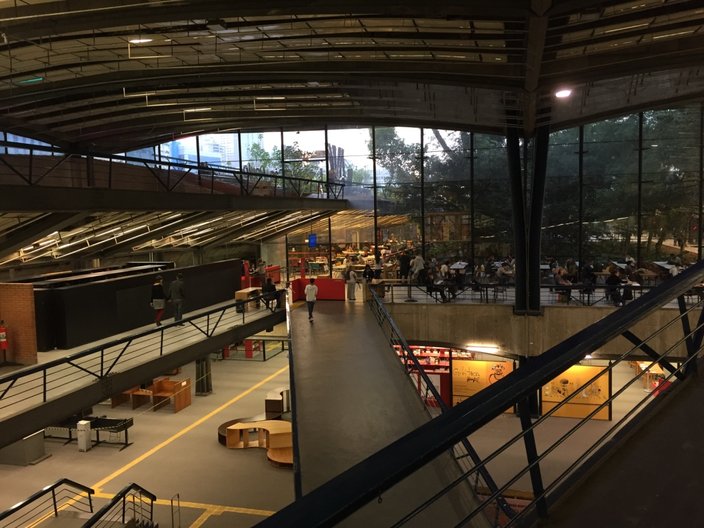 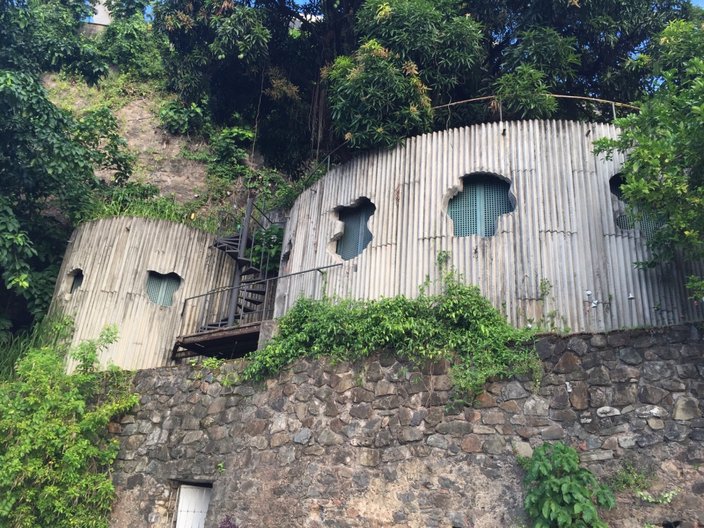 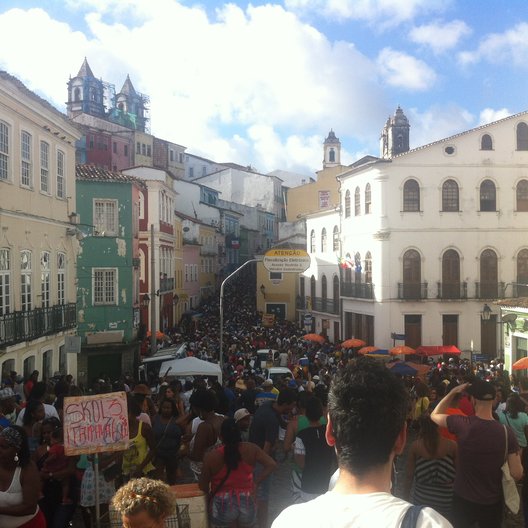 2nd of July celebrations in Salvador 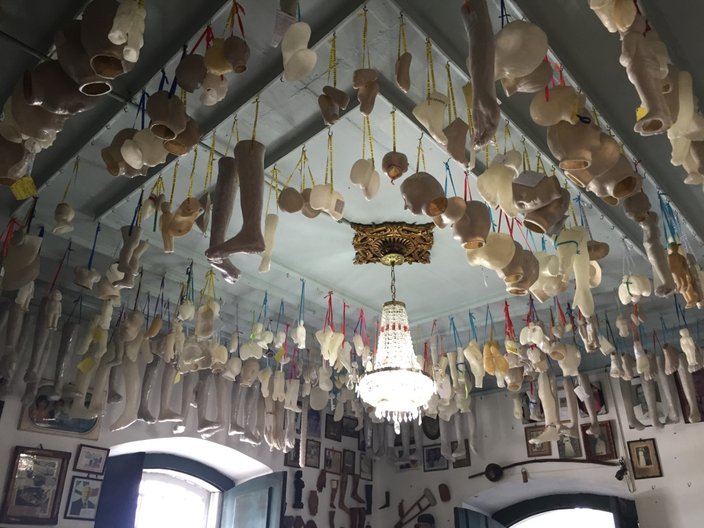 Ex-votos at Nosso Senhor do Bonfim

This is the first report from Brazil by Valerio Di Lucente, Hugo Timm and Erwan Lhuissier, the three members of multidisciplinary design studio Julia. As part of their Lina Bo Bardi Fellowship, they will explore Bo Bardi’s editorial work, and how it worked as a compendium for all other activities she conducted and as a collection of Bo Bardi’s critical thinking and speculative ideas.

Start of a journey

Our first port of call was São Paulo, two weeks ago. We are now leaving Salvador, retracing steps that Lina Bo Bardi took decades back. We’ll make our way back to São Paulo via Brasília, to see what became of the capital built during the period she edited Habitat magazine.

Our first contact with printed copies of the magazine came at Casa de Vidro, home to Instituto Lina Bo e Pietro M Bardi. Wide-ranging and beautifully designed, Habitat revealed itself to be also deeply personal and critical. Together with her partner Pietro, Lina penned a column under the pseudonym of Alencastro, with short observations about the Brazil of her time. We’ll try and do a bit of the same in these travelogues.

São Paulo has a reputation for being grey, noisy, unattractive. But on an early morning in mid-winter the streets are quite the opposite: lush trees magnificent in the sun, pockets of nature finding ways of breaking through the concrete. The mixture is seductive, and gives the city its own character.

We met Jane Hall, the inaugural Lina Bo Bardi Fellow (2013), at the library of Centro Cultural São Paulo. On getting there we made our way between commuters going to the metro station, teenagers dancing in the courtyard, elderly people playing chess, ping-pong matches, and students reading in the open air under a tree. From the street to the library we didn’t pass through a door, a gate, or a boundary.

Public space is no one’s space

This perception is one of the biggest contrasts we have encountered so far, public space seems to be interstitial to private space, almost as if it’s nothing but what is left. Understanding this aspect is key to appreciate how some of the cultural centres are designed and thought, however one can’t help but feeling the oddity of this notion, a Brazilian oxymoron that we are still trying to decipher.

We had the fortune to visit MASP as it was originally planned by Bo Bardi, after almost two decades in which many elements of her designs were obscured or removed. Martin Corullon, architect at MASP, talked us through the process of reinstating and updating Lina’s original project. The public can once again walk through the paintings floating in space, which is in itself a powerful image. As we moved from Perugino's St. Sebastian Tied to a Column to Alfredo Volpi’s Bandeirinhas, both the architecture and the exhibition display system play a game of tension, concrete and glass brutally juxtaposed to create a sense of delicate balance.

In one of the early issues of Habitat Bo Bardi wrote: ‘The new Brazilian architecture has many flows: it is young, it hasn’t had much time to stop and reflect, but came all of a sudden’. When first walking through São Paulo, it is impossible to not hear the echo of these words. A growth more similar to nature, with its multitude of high-rises, flyovers and possible points of view, with architectural styles clashing onto each other.

We have been recording our conversations, which came at great difficulty at SESC Pompeia. This, however, is a compliment: it’s difficult to find a corner that is not buzzing with activity. Similarly to Centro Cultural São Paulo, the place is full of people who are not of working age and would perhaps struggle to find a place in the city to spend time in. It was a real eye opener for what a democratic space should be.

The state of Bahia celebrates its own independence day, on a different date from the rest of the nation. We were lucky to arrive on the celebration weekend, when Salvador went to party. The architecture, the sounds, the food, and the people immediately reminded us we were now a long distance away from São Paulo.

If you build, they’ll come

In Salvador, talking to the collective Tanto, and Tiago Ribeiro at Sociedade da Prensa, another confirmation that there’s real appetite for inclusive programmes, workshops and spaces in the city. Salvador suffers from a high rate of abandoned buildings in its old commercial centre, and initiatives like Do Divino school of arts are trying to occupy such spaces to open workshops of dance, scenography, graphic arts, and music. First results are starting to show and we’ll follow their progress from afar.

Ladeira da Misericordia is a sloping street connecting the two most symbolic areas of Salvador, up and down town. It has the city’s postcard to its left (Lacerda elevator) and expansive, unobstructed views of the ocean. It is perhaps the most beautiful location we visited in Salvador. It’s also cut off from the city, its access closed for years, leaving it abandoned, and currently serving only as emergency escape route for the Mayor’s office nearby. It is incredible that a city can neglect one of its treasures for so long. Recently artists broke in the Ladeira and occupied its main building, Coaty restaurant. Part of a pilot programme by Lina Bo Bardi to regenerate Salvador’s historic centre, Coaty is the most peculiar space we’ve been to in Brazil yet, a corrugated concrete structure snaking its way around a mango tree. The clash of concrete, trees, and ruins will leave a lasting impression.

In our last day in Salvador we took some time to visit the Church of Nosso Senhor do Bonfim. Our goal was to find a side room with sculptures of body parts hanging from the ceiling. We were tipped by Habitat magazine, where Bo Bardi wrote more than once about these sculptures, called ex-votos. They represent illnesses, the sculptures act as handover of the affected body part to God’s care. Bonfim is also a shrine to syncretism, a very Brazilian practice of mixing African religions with Catholicism. In Salvador, one is constantly reminded of the cultural layering of this country, something that fascinated Lina and is quickly doing the same to us.