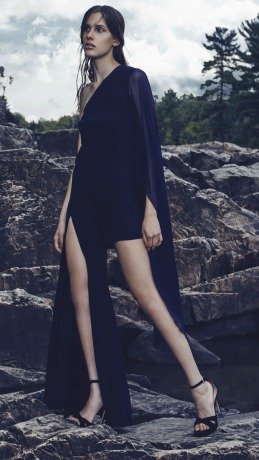 MARAM, meaning ‘aspiration’ in old-arabic, was launched in 2014 by the Egyptian designer Maram Aboul Enein. Maram graduated from Parsons Paris and trained under legendary names such as Pierre Balmain, Zac Posen and Oscar De La Renta, before deciding to launch her own label. Her collections have been featured in Vogue, Harper’s Bazaar, ELLE Magazine amongst others. Maram’s inspirations lie in the unknown, the forbidden and the abandoned. Constantly delving into mythical worlds found in theoretical research, Maram’s rare approach creates a compelling story behind each piece and collection.

MARAM Paris is showing as part of the International Fashion Showcase 2017, to find out more, click here.