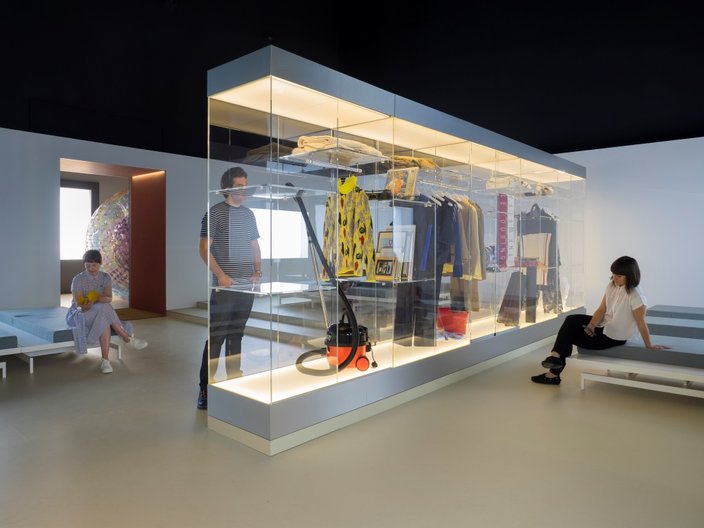 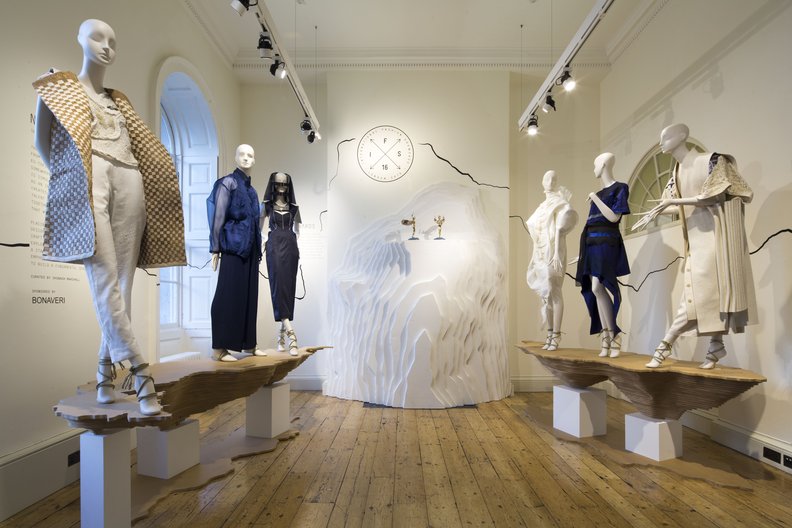 Next In Line, International Fashion Showcase 2016 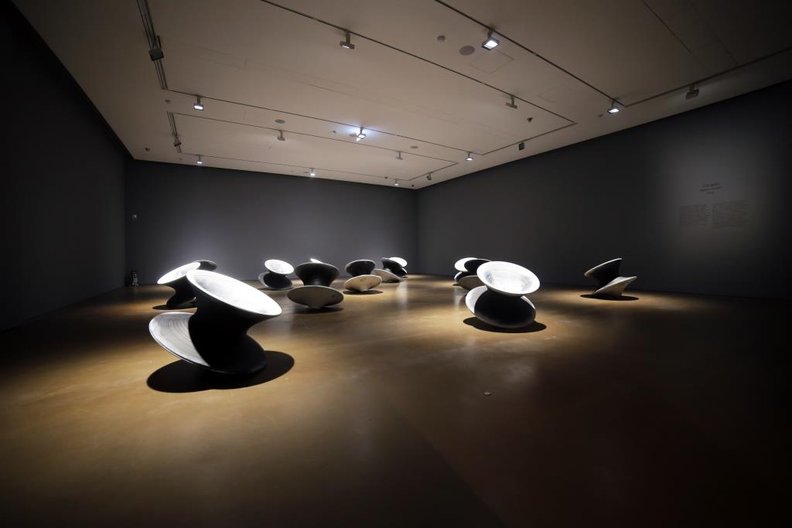 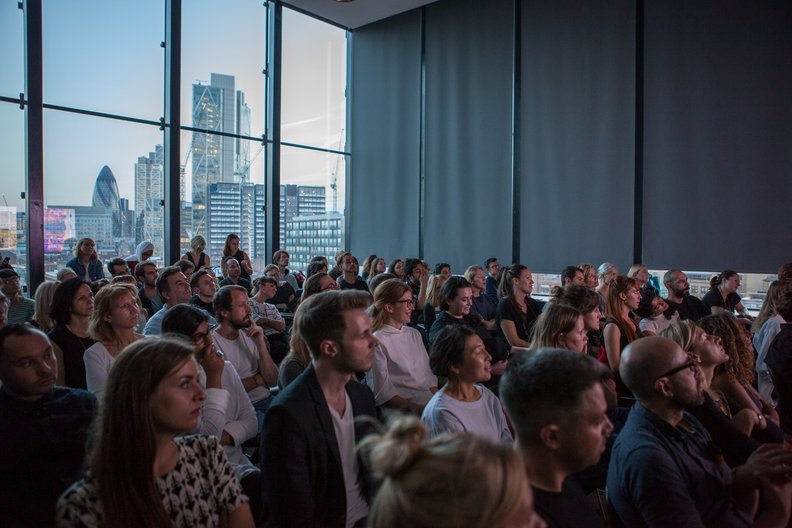 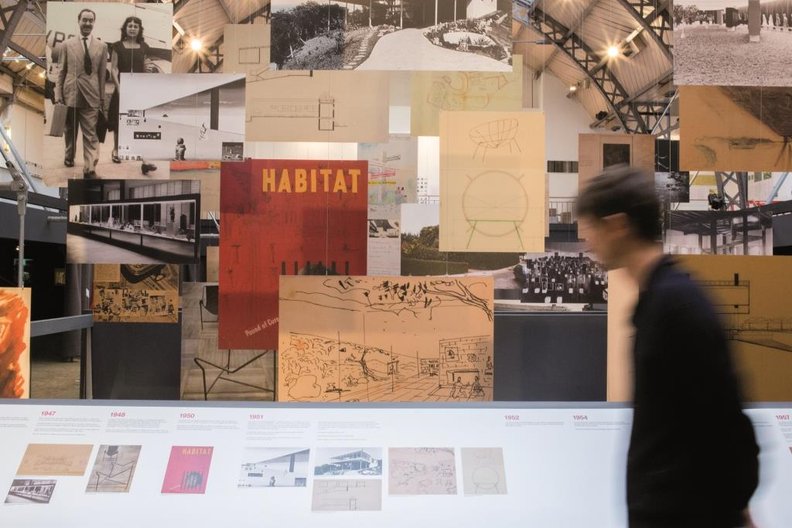 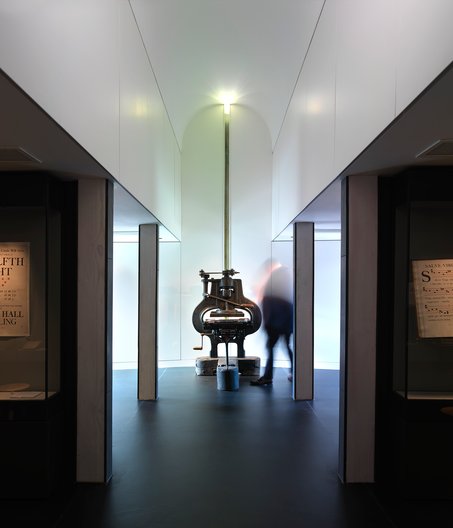 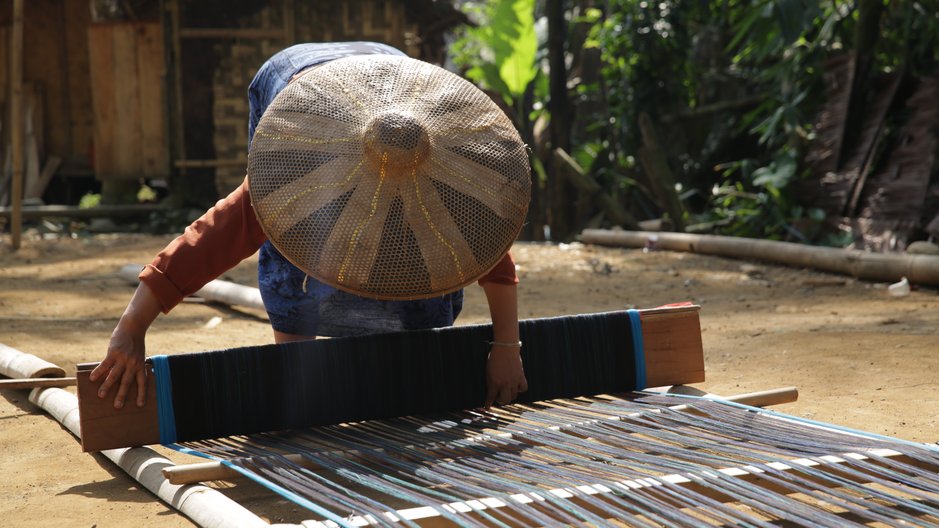 As 2016 comes to a close, we celebrate some of the highlights of our work in Architecture Design Fashion this year.

‘Life is changing; we must design for it.’ This was the assertion from our curators of Home Economics, this year’s exhibition at the British Pavilion for the 15th International Architecture Exhibition at La Biennale di Venezia. Home Economics responds to the theme Reporting From the Front by tackling the frontline of British architecture: the home. Home Economics proposed five new models for living, through five periods of time. These timescales – Hours, Days, Months, Years and Decades – correspond to how long each model is to be called “home”. What does it mean to be at home for a few months? And how does that differ from decades or hours? What does it mean to design first with time instead of programme?

The curators Jack Self, Shumi Bose and Finn Williams invited artists, architects and designers to produce full-scale environments within the Pavilion, which challenge the status quo for the home. The result was an immersive and thought-provoking experience, which ‘deals engagingly with changing lifestyles, lifespans and funding models’ (Edwin Heathcote, Financial Times).

The exhibition was opened by comedian and commentator Sandi Toksvig on 28 May and by the exhibition’s close on 27 November, we had welcomed over 145,000 visitors. Home Economics received a fantastic response in the media, including a slot on BBC News with Will Gompertz. In July, the Guardian launched a film series, How We Live Now, interrogating the places that people call home around the world. You can also watch our film on the exhibition itself, listen to the audio tour of the exhibition read by Will Self, and listen to our panel discussions which were recorded during the opening week.

This year we also ran our Venice Fellowships programme for the second year. Fifty students and graduates from institutions across the UK spent a month in Venice, sharing their time between invigilation and self-initiated research. The fruits of this will be presented on a new website next year. In addition, we worked with EU partners to present a programme of debates, salon talks and lectures; Encounters in Optimism: Utopia in a Finite World and brought Home Economics to the UK with the panel discussion, What is the Future of Domestic Life? with Creative Dundee and the Architecture Fringe.

Created in partnership with British Fashion Council , our International Fashion Showcase is a key part of the London Fashion Week public programme which forms a city-wide celebration of fashion that is open to all. This year’s exhibition saw 80 designers from 24 countries exhibiting under the theme Fashion Utopias. The exhibition transformed the West Wing at Somerset House into an imaginary terrain where an emerging generation of international designers and curators invited visitors to share their versions of the Utopia.

This year’s exhibition received a raft of media coverage, from CNN to the Evening Standard highlighted the rise of modest fashion. Read our interviews with some of this year's designers on our online magazine, Voices.

Our programme manager, Niamh Tuft, was awarded Red magazine’s Woman of the Year Award, celebrating and recognising her vision and work on the International Fashion Showcase.

New British Inventors: Inside Heatherwick Studio, an exhibition commissioned by the British Council in partnership with the GREAT Britain campaign, finished its tour across East Asia this year with exhibitions in Taipei and Seoul. The exhibition attracted over 400,000 visitors over the 6 countries it visited, and gained much critical acclaim. Watch the film here to find out more.

Beyond the Heatherwick exhibition, New British Inventors continues to showcase the work of emerging British design studios that embody Invention in Design; design that has the power to change our everyday lives. Earlier this year we commissioned filmmaker Thomas Buttery to highlight the work of four pioneering British designers and studios. Watch the film here.

Design Connections, our annual industry networking programme, expanded this year taking place in London and Istanbul. In September we invited directors and curators from design museums, centres and festivals around the world to the London Design Festival to experience the best of British design and meet talented and pioneering practitioners across a range of disciplines. As part of this programme we hosted 10x10, an evening of talks showcasing a selection of the best emerging design talent in the UK. Listen to the podcast, created by Soho Radio here.

In October in partnership with British Council Turkey and IKSV, Design Connections went to Istanbul, taking eight senior curators and programmers from the UK to the Istanbul Design Biennial. This programme continues to provide a fantastic platform to broker valuable international design connections; you can read an account of one curator’s experience here.

In 2016 we hosted architecture, design and fashion residencies all over the world. Among the highlights was the culmination of the Lina Bo Bardi fellowship. This programme was initiated to give UK practitioners across a range of disciplines the opportunity to travel to Brazil to explore the work of prolific architect and designer Lina Bo Bardi. The end of the residency coincided with the close of the world tour of Lina Bo Bardi: Together, with a celebratory exhibition at Bo Bardi’s SESC Pompeia.

As one residency ends another begins; 2016 saw the first in an annual programme of design residencies at the Ditchling Museum of Art + Craft, East Sussex. We partnered with the museum and the Polish Cultural Institute in London to host Polish typographer Viktoriya Grabowska for a month-long residency exploring the museum’s rich archive and the typeface of the London Underground, Johnston Sans, which has celebrated it’s 100th anniversary and was created in Ditchling by village resident Edward Johnston.