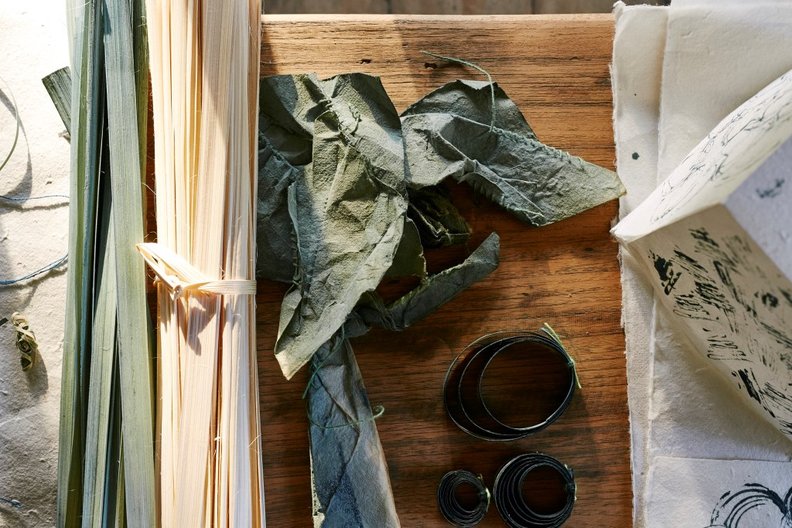 Craft Reveals will gather speakers from Asia and the UK at Chiang Mai Design Week to open up conversations about the future of sustainable craft and design, articulating the connections between cultural, social and environmental aspects of traditional skills and local knowledge. Our Director, Sarah Mann, will kick-off the conference with an introduction and highlights from our craft programmes at the British Council. The conference will mark the begining of our South East Asia craft residency programme as part of our New for Old project.

In the years ahead, a deeper relationship between artisans and designers can be nurtured to foster a new era where traditional knowledge and craftsmanship are presented as elements that are conducive to social innovation, cultural heritage preservation, and greener production methods.

John Thackara, writer and social innovation consultant from the UK, will give the opening keynote entitled, Making as Reconnecting: Crafts in the Next Economy, considering the important role of traditional craft as a resource for learning and innovation in the new economy.

Alongside speakers' individual presentations, the details of which are provided below, panel sessions will address the following topics:

John Thackara travels the world in search of practical projects that restore the planet and realize a sustainable future. He writes about these stories at his blog and in books; his most recent is How To Thrive In the Next Economy (Thames & Hudson 2015).  John curated the celebrated Doors of Perception conference for 20 years - first in Amsterdam, later across India - and has led place discovery workshops in 40 countries. He directed the world’s first social innovation biennial, Dott 07, in England  and the first ecological city biennial, City Eco Lab, in France. John is a Senior Fellow at the Royal College of Art in London, a visiting professor at SVA in New York and an advisor on social-ecological innovation to cities, companies, and civil society.

Art Prapha leads the private sector development team at Oxfam Thailand, in charge of corporate engagement to improve sustainability level in the food industry in Thailand. He is also leading the community-based social enterprise incubation to improve the livelihoods of local communities, particularly women groups in rural areas in Thailand.

After graduating from Tokyo Zokei University, Fumikazu Masuda has worked for a housing industry and a design firm before setting up his own office as an independent industrial designer in 1978. Besides working on research projects on design for sustainability, he is always keen to apply design’s philosophy and methods to his practical daily works.

As a photographer, Tessa has a particular interest in different landscapes and the way they are shaped by human activity. Working closely with communities and individuals, she has spent the past 25 years as a photographer, and her whole life, being fascinated by the intricacies of rural life. In 2013 her work was nominated by the prestigious photography award Prix Pictet and it has also been previously published by numerous papers including the Financial Times.

Edric Ong is a multi-awarded Malaysian designer of natural dye textiles, fashion and crafts. He is the President of Society Atelier Sarawak, the Arts and Crafts Society of Sarawak in East Malaysia. He is also the Immediate Past President of the ASEAN Handicraft Promotion and Development Association (AHPADA), an organization that administers the UNESCO-AHPADA Craft Seal of Excellence since 2000. Currently he is Senior Vice President of the World Crafts Council Asia Pacific.

Dr Saw Lwin is an expert in orchid plants and science with an extensive research experience on native orchid plants of Myanmar. He is involved in the revitalization of orchid fiber, which is traditionally made by Kachin women in the north of the country, teaching them how to process the fiber and create patterns to adorn local textile garments.

Sarah Mann became Director of the Architecture Design Fashion in April 2016. She joined the British Council from the National Trust, where she has been developing a strand of contemporary programming for a portfolio of historic properties. Previously, Sarah was Programme Manager for the British Council on Connect ZA, a three-year season of arts projects focused on building connections between emerging creative industries in the UK and South Africa. She commissioned projects including the Maker Library Network with Daniel Charny as part of Cape Town's World Design Capital and Joburg Photo Umbrella with Brighton Photo Biennial and the Market Photo Workshop.

Tarango is a voluntary non-government organisation which dreams of and desires to contribute to the establishment of a just and poverty-free society by organising and training the most disadvantaged women through its committed, dedicated and skilled workers.

Natalie Ortiz Villalobos is the Crafts Programme Manager at Turquoise Mountain Myanmar. She has spent the last three years in Myanmar working with diverse crafts producers across the country and leading a successful social business.  She is driven by a passionate belief that design can unlock innovation and help solve pressing social problems. Some of her publications have been featured in the Design Management Institute, the Netherlands Institute of Design and Makeshift Magazine.

Win Sandar Aye is the Crafts Programme Assistant at Turquoise Mountain. Sandar is passionate about crafts has been working directly with our jewelry artisans, undertaking research on silk textiles and has spent over a year working alongside lacquerware producers in Bagan. Sandar has experience working for the tourism industry and is comfortable in multicultural environments. Sandar is interested in women’s empowerment, crafts revival and the preservation of Myanmar identity.

Belle Benyasarn is a woven textile artist and designer. With a passion to create a new approach to woven textile design in Thailand, her work is about exploring capabilities of different materials towards weaving on a handloom including upcycle weaving. She graduated from an MA in Textiles at the Royal College of Art in London. She is a finalist from EcoChic Design Award in Hong Kong and Innovative Craft Award in Thailand.

Arief Budiman studied design in Udayana University and ISI Denpasar - both in Bali -in the Faculty of Design majoring Visual Communication. He established Matamera Communications 1991, a creative agency focusing on design, marketing communications, strategic planning and branding in Bali.

Jemma Ooi is the tutor for Printed Textiles at the Royal College of Art. She is also co-founder of CUSTHOM, a design studio that challenges the form and limitations of conventional wallpapers, ceramics and textiles through experimenting with tactility and graphic led visuals.

Wuthigrai Siriphon is a Thai weaver. He graduated with an MA in Textiles and is currently enrolling as an MPhil/PhD researcher at the Royal College of Art in the UK. His research focuses on unfolding the design thinking of traditional Thai weavers that comprises tacit knowledge and is little understood in explicit, scholarly terms.