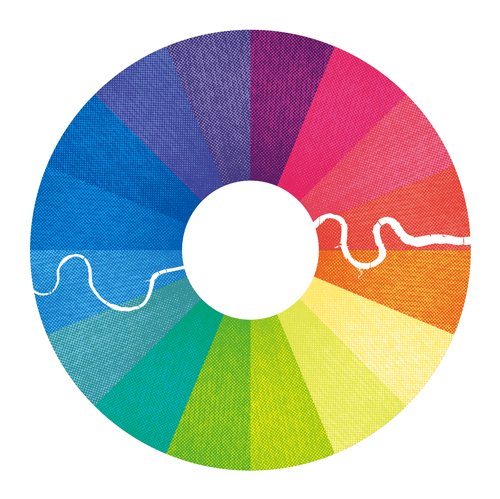 Curated by the Architecture Foundation, Doughnut: The Outer London Festival is a one-day event bringing together writers, historians, architects and economists to discuss the development of London's peripheral boroughs. A first of its kind, the event aims to be an adventurous celebration of all things Outer London and a critical reflection on the rapid transformation that the city's periphery is currently experiencing.

The main theatre line-up will include a conversation between Will Self, the Patron of the festival, and award winning writer Hanif Kureishi. Outside, businesses and artists from London's periphery will be manning pop-up food stalls, staging music performances and other family-friendly activities.

A stellar line-up of contributors will thrash out the key questions facing the the city's edges, from the sanctity of the Green Belt to the future of suburban living. All day tickets as well as tickets for individual sessions are available.

London has one of the most diverse and creative music scenes in the world but as property prices spiral, musical production is increasingly most exciting on the periphery where practice space and housing is still within reach of emerging musicians. Doughnut will celebrate the music of Outer London with a line-up of bands representing a cross section of boroughs and genres playing throughout the day.

In the courtyard of the Queen Anne building an array of traders, makers, food purveyors and educators will form the Outer London Market. Get a manicure, sample Outer London's finest Jerk Chicken, help create a giant map of the perfect periphery, explore The Mobile Museum's collection or 3D print a London telephone box.

Four sessions of debates and conversations exploring the critical issues that will shape Outer London's future.

11.00: Outer London Landscapes and the Future of the Green Belt

London is currently developing plans for the transformation of a number of major landscapes on its periphery, notably Rectory Farm in Hounslow, Walthamstow Wetlands and the Lower Lea Valley.  Bringing together industrial and recreational activities in new combination, these projects seek to radically expand the definition of the London park.  The city is also facing increasing demands to relax the definition of its greenbelt, in order to accommodate much needed new housing.  This session will consider the hotly debated future of the territories that lie on the boundary between London and its surrounding countryside.

14.00: Suburbia and the New Life: Reflections on the Essexodus

This session will consider some of the ideas, both idealistic and pragmatic, that have driven and shaped  the exodus from London since the 1890s. Using examples from the city's north-east, we will consider both the informal  visions of self-sufficiency informing many of the"plotland" developments of the early twentieth century, and also the  larger scale exercises of contingency planning and architectural programming that have produced such places as Romford Garden City (1910-11), Harlow New Town (early 1950s) and South Woodham Ferrers (late 1970s).

15.00 Future of Housing in the Periphery

You can tell a lot about a city from its edges. The periphery can be a test bed for social and urban experimentation but also a challenging territory fraught with tension and socioeconomic challenges. In this session Wouter Vanstiphout and Michelle Provoost of the Rotterdam-based Crimson Architectural Historians, explore the potential of London’s edges drawing comparisons from their extensive experience working with European cities and a radical reading of London’s post-riot landscape.

17.00 Will Self in discussion with Hanif Kureishi

Hanif Kureishi's The Buddha of Suburbia set the parameters for a new literary consideration of London's peripheral areas, and established a new poetics of the outer-urban. In conversation with Will Self, another suburban Londoner, Kureishi will attempt to trace the lineaments of London's suburban consciousness over the past four decades.

19.00 The Inbetweeners Screening and Q&A

A selected episode of the The Inbetweeners will be introduced by the writers Iain Morris and Damon Beesley who will also take part in a Q&A session after the screening. Set in dull suburbia, the hit Channel 4 comedy The Inbetweeners follows the lives (and embarrassing antics) of four schoolmates Will, Simon, Neil & Jay as they grapple with adolescence. The comedy ran for three series before reaching the big screen in two hugely successful films.