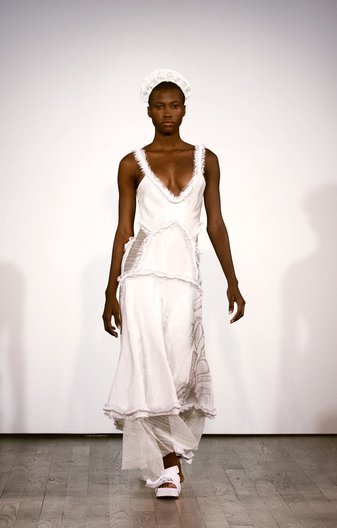 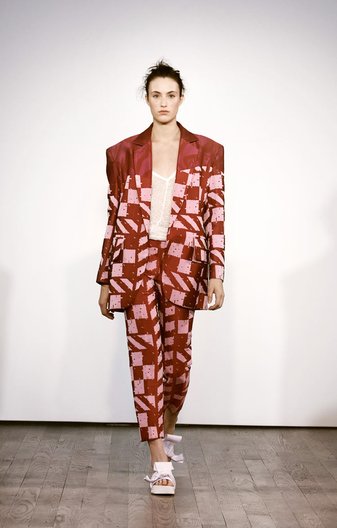 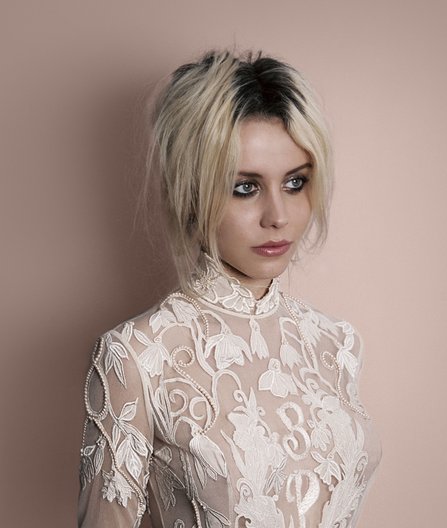 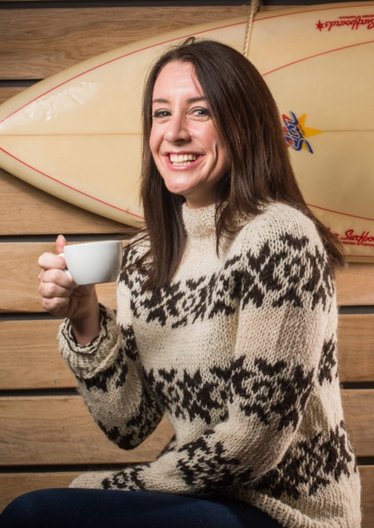 Back for the fourth year running, Digital Fashion Week Singapore (DFW) continues to establish itself as a platform for emerging and well-known designers to showcase their creative works. This year’s theme “Asia EuroExchange” is supported by the British Council and Alliance Francaise de Singapour, presenting UK and French talent alongside Singapore emerging designers.

The event will take place from 29th October- 1st November 2015 at the newly restored Capitol Theatre.

This year the British Council will be supporting a showcase of the Spring/Summer 2016 collection by designers Teatum Jones, this year’s winner of the Woolmark Prize for the British Isles.  In addition, UK speakers will include Billie JD Porter, TV presenter and journalist most recently known for her BBC documentary series on China, and Lucy Siegle, journalist and author of To Die For.

Catherine Teatum and Rob Jones are the designers of London based womenswear brand Teatum Jones; a label which has become recognised for it’s Modernist approach to elegance; targeting a super smart confident and Creative woman.

Having trained in womenswear at Ravensbourne and Central Saint Martin’s respectively they were brought together via their artisanal approach to the design process, inspired by anthropological narratives. Today, once inspiration is elicited, they both ‘live the theme’ in a literal sense, like method actors, which is clear to see in each collection. Such an approach to design has earned the duo accolades, reviews and output which consistently refers to them as ‘textile pioneers’  and ‘innovators’.

Teatum Jones offer a modern wardrobe made up of striking tailoring, relevant shapes and bold, modified exquisite fabrics. Part of a collective of new contemporary designers, who with Woolmark, are working to bring British manufacturing into a new era.

It is these consistent, post-traditional, design principles that has put them on the BFC’s London Fashion Week schedule for SS15 and sees their collections, including their beautiful statement coats and fluid shirt dresses, sold through prestige stockists such as Net-a-Porter, Harvey Nichols and Liberty.

Teatum Jones are very proud to have recently been announced as the CFE’s 2013/14 ‘Venture Designers’ joining an alumni of some of the most directional and successful designers currently showing in London Fashion Week.

She left her mark on NME, Vice and Dazed and Confused with her wry interview style and immersive approach, often turning up for a 10 minute Q+A with a band, only to end up spending weeks on the road with them. French style bible Jalouse have since made her a regular face in the magazine, thrusting her into the world of modelling where she has since posed for the likes of Louis Vuitton and Levi's. A regular DJ and attendee of fashion events, Billie is known for her unique sense of style.

As a talented film maker, Billie has directed and presented a documentary on the cult of celebrity for Vice Television and was the star of Channel 4's hit show The Joy Of Teen Sex, acting as a roving reporter. Billie also co-presented the Channel 4 TX Pilot, Smells Like Friday Night alongside Rizzle Kicks and Rob Beckett. In 2013 she presented Secrets of South America, a three-part BBC3 documentary series examining attitudes to sex, money and beauty, and fronted the BBC3 documentary Prostitution: What’s the Harm.

Billie's most recent venture is a new three-part documentary series, Secrets of China, in which she finds out what it's really like to grow up in the country with the highest population on Earth.

Lucy is a UK writer and broadcaster with a passion for sustainable fashion who appears in and executively produced the international documentary The True Cost of Fashion. She is also a British TV reporter and journalist for the BBC and ITN. Since 2004 she has written hundreds of newspaper columns for the Observer magazine, the world’s oldest Sunday newspaper on eco living. She has been described as an agony aunt for the environment and the Carrie Bradshaw of Eco. She has extensive experience as a dynamic speaker on the fashion industry and other eco conundrums including her sold out Sydney Opera House talk, in 2013 and have also extensive experience chairing and debating with the great and good of fashion, including Anna Wintour. Her 2011 book, To Die For: is fashion wearing out the world? (Harper Collins) showed Lucy’s commitment to reforming the fashion industry. She is also co-founder of sustainable style project The Green Carpet Challenge with Livia Firth and helped to launch a collection of bags with Gucci using the world’s first certified zero-deforested leather from the Brazilian Amazon. She is Visiting Professor to London College of Fashion.