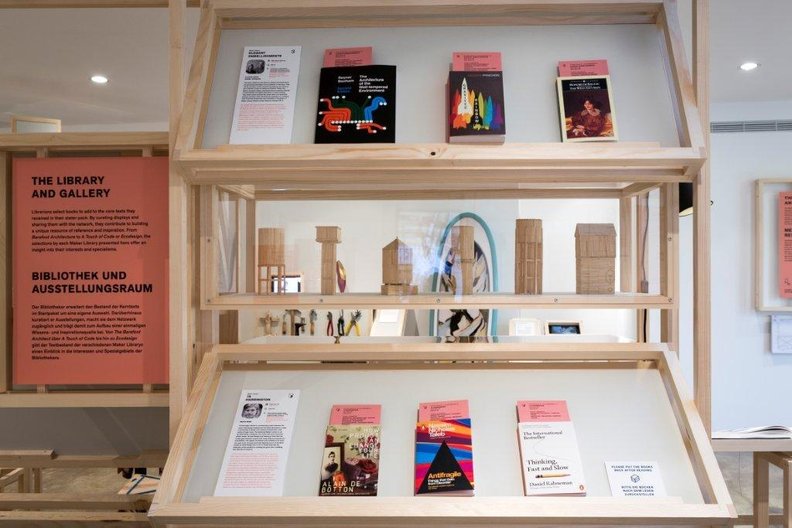 A new exhibition showcasing the Maker Library Network launches at Vitra Design Museum Gallery on 12 June. Curated by Daniel Charny, the exhibition integrates making, showing and reading into one creative space, celebrating the people, projects and collaborations the network has nurtured over the last year. The exhibition will run alongside Okwui Enwezor’s exhibition Making Africa: Continent of Contemporary Design until 4 October 2015.

The exhibition brings together projects and objects created across the network for the first time, inviting visitors to read, observe and participate in the process of making. The growth and expansion of the Maker Library Network will also be examined in the context of the wider Maker Movement, exploring the increasing popularity of open source design and sharing culture in relation to the process of making. Objects on display include a robotic starling made from cell phones, a 3D printed breathing head and a flat-pack home-farming hydroponics kit.

During Art Basel week there will be a lively programme of drop-in workshops and skills demonstrations led by members of the Network including mask making, geodesic structures, himmeli mobile making and African loom work. Maker Librarians including Heath Nash from Cape Town, MAKlab from Glasgow, GRAS studio from Edinburgh and Machines Room from London will travel to Vitra to host the activities and share their skills with visitors.

The Maker Library Network is a British Council project that connects designers and makers internationally. A Maker Library is a creative space for making, showing and reading, containing three key elements of a makespace, a gallery and a library, connected via an online platform. Through these unique networked spaces makers swap skills, share resources, exchange ideas and take part in mentoring sessions. There are now over a dozen Maker Libraries and the ambition is to extend the network globally including plans for Maker Libraries in Nigeria, Mexico and Turkey.