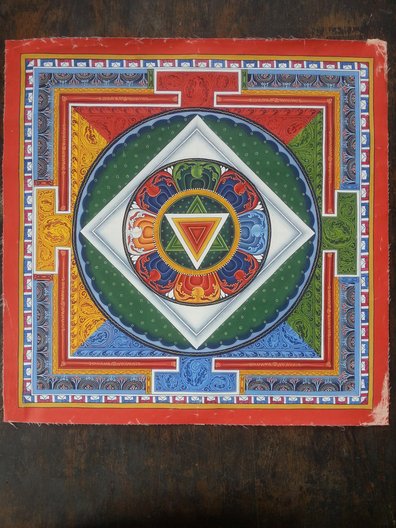 Once again, it’s time for the Alchemy festival at Southbank Centre. Alchemy is a festival celebrating the cultural exchange between the UK and the Indian Subcontinent with a range of art forms, including performing arts, music, film, design, fashion and music. Now in its sixth year, the British Council has been one of the key partners, bringing work from across South Asia – this year countries represented include India, Pakistan, Sri Lanka, Nepal, Bangladesh and Afghanistan.

The festival will run from 15 – 25 May and will include ticketed performances, installations, food markets and other free events.

A celebration of the work of PeaceNiche and their special Alchemy installation through cutting-edge words and music from Pakistan.

Short films exploring social justice from India, Pakistan, Bangladesh, Sri Lanka and Afghanistan are celebrated in an evening curated by artist and filmmaker Magda Fabianczyk. The evening also features a screening of Karachi Stories, presented in collaboration with the Scottish Documentary Institute and the British Council.

An interactive fashion showcase where models and musicians walk among theaudience. The evening is presented by young producers who have worked alongside stylists, designers and fashion industry insiders to create a night of catwalk, performances and DJ sets.

Leading lights from the next generation of poets from India and Pakistan – along with contemporaries from Wales and Scotland recently returned from residencies in Mumbai, Kolkata and Lahore – are united onstage for an afternoon feast of readings and discussion.

Presented in partnership with the British Council

Join master Nepali artists Deepak Kumar Joshi, Nima Gyamcho Lama and Prachanda Shakya as they create a large scale Mandala on the floor of The Clore Ballroom. Join in and learn some of the techniques and meaning behind thisancient and contemporary practice ofNepalese decorative floor art.The project marks the beginning of aprogramme designed to celebrate thebicentenary of the Treaty of Segauli. Thetreaty was signed in March 1816 andled to the establishment of diplomaticrelations between the UK and Nepal.

10am – 10pm, The Clore Ballroom at Royal Festival Hall

An interactive installation with new work by graphic novelists from the UK and Bangladesh, Karrie Fransman, Syed Rashad Imam Tanmoy and Asifur Rahman. The installation recreates a typical Bangladeshi street scene and is accompanied by live events.

This selection of new short films includes creative documentaries by four Pakistani filmmakers telling stories of the city they live, love and work in, and fictional and documentary films by Afghan women filmmakers exploring individual dreams and family and community relationships.

An opportunity to watch a site specific Nepalese artwork unfold as artists create a series of shifting kaleidoscopic floorworks across Southbank Centre’s outside terraces along with children from local schools.

The project marks the beginning of a programme designed to celebrate the bicentenary of the Treaty of Segauli. The treaty was signed in March 1816 and led to the establishment of diplomatic relations between the UK and Nepal.

10am – 11pm, The Clore Ballroom at Royal Festival Hall

Audiences in Delhi and London are invited to experience, perform and play in a shared digital space. Two identical installations measuring 3 x 4 metres are draped in special fabric to create a mixed-reality live video connection, allowing audiences at Southbank Centre to coexist and interact with others at the India Habitat Centre in Delhi. The installation connects the two cities, live, six hours per day.