AND THE WORLD WENT ON 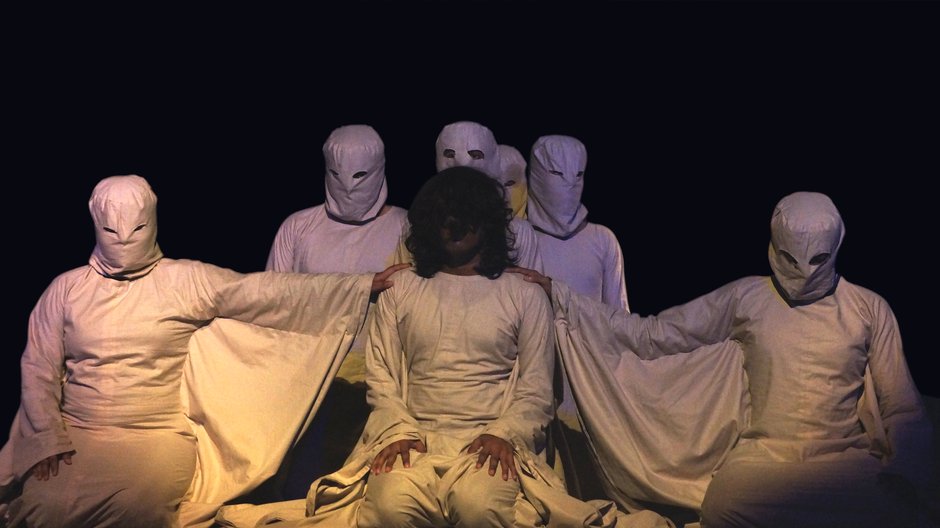 Disasters come and go. Any public outrage that initially rises from social media forums and street protests evaporate as soon as the mainstream TV channels and print media shift the country's attention to the next big cause célèbre. Some NGOs and conscientious individuals keep plowing on with the cause, but that is never really enough, because the fury and indignation fomented amongst the general population at the beginning eventually fades out with the rise of other prominent issues. This was Rana Plaza’s fate, a fate suffered by many others, from Tazreen to Gaza, as we managed to forget and skim through to newer disasters.

In remembrance of the tragedy, which will undoubtedly rank amongst the worst industrial disasters in the 21st century, that claimed and upturned the lives of thousands, The British Council Bangladesh and Monsoon Letters, in collaboration with the performance poetry troupe, The Muse Masters, and other theatre professionals, staged a play, infused with the rhetoric of poetry, at 7pm. on the 1st of May, to remember once again all those lives ended and transformed on 24th April, 2013.

People from all sorts of lives came on the evening to pay their respects to the garment workers, who lost their lives due to the incompetence and the relentless pursuit of profit on the part of the owners, and to remember the heroic Bangladeshi citizenry, who as volunteers, risked their livelihoods for a greater cause.

“Poetry is dead” is a cry heard from many an intellectual and civil society circle these days, in this regards the British Council and Monsoon Letters joined their hands together to  launch the Muse Masters, to create a new generation of Bangladeshi poets and performers, who will be ready to take up the mantle of the so called “dying” art form, and to once again revive poetry as an instrument of social and political progress.

This is play created a platform for anyone willing to raise his or her voice against the apathy that has so surreptitiously pervaded into contemporary society, and atomized us individuals to the point of passivity. We have already getting interest across Bangladesh inviting this play and we hope to take this play to wider audiences in near future.