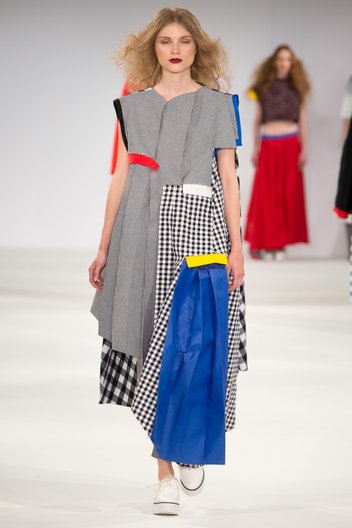 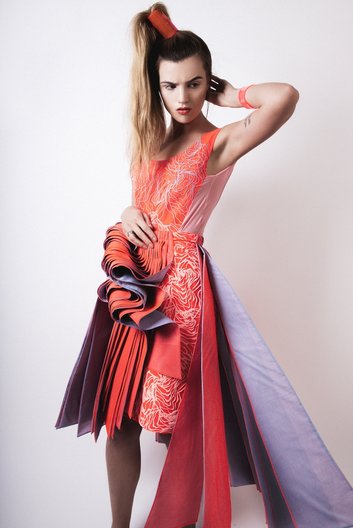 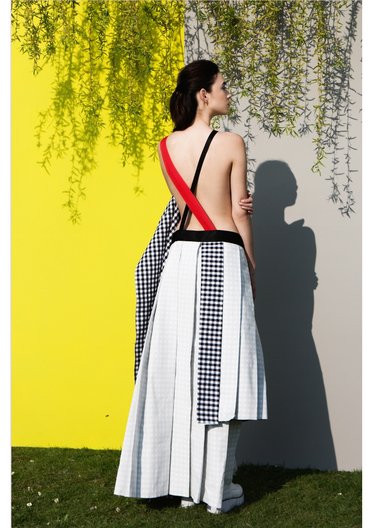 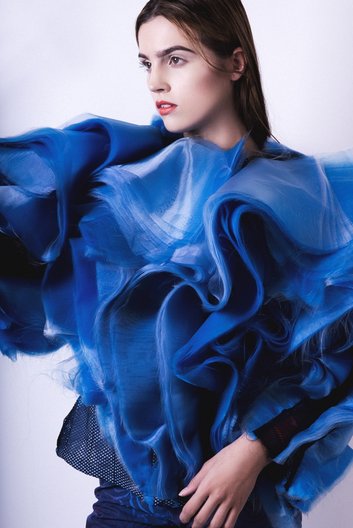 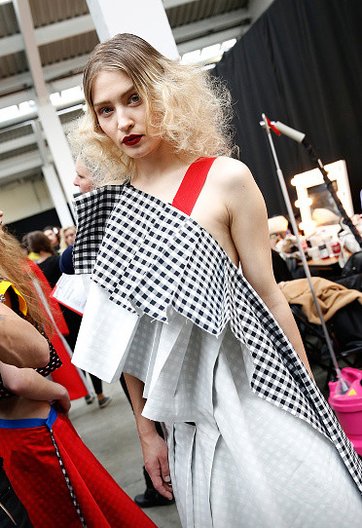 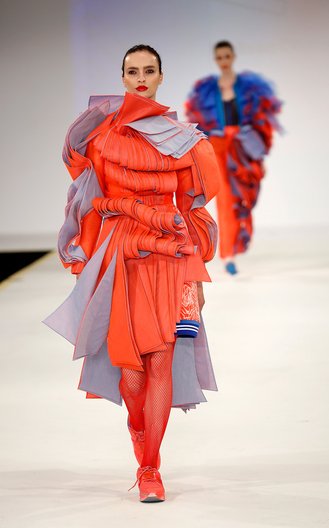 The British Council is pleased to announce the finalists for the second International Residency Award for Graduate Fashion Week.  The Award gives outstanding graduates a chance to participate in a residency working with one of our overseas fashion networks, including local designers, universities, craftspeople and others in the fashion industry.

This year working in partnership with the Casa Moda Academy and the Association of Moroccan Fashion Designers (AMC Mode), the British Council is pleased to offer two 3-week residency opportunities to graduates.

This year’s winners, Melissa Obika from the Manchester School of Art and Shreyaa Mavani from University of Creative Arts, will be given the opportunity to live in Casablanca for up to 3 weeks hosted by the Casa Moda Academy and local fashion experts. The award includes flights, accommodation, a daily subsistence allowance, a tailor-made programme and a grant for the production of a capsule collection.

The winners will immerse themselves in the rich visual and craft heritage of Morocco, which has already proven an inspiration to internationally renowned designers like Yves Saint Laurent, Michael Kors and Peter Som.  The winner will be asked to record their journey and upon completion of the residency present a concept for a collection.

The designers were shortlisted during the Graduate Fashion Week judging process and given the opportunity to accept and follow up the nomination with an interview.  The winners were selected on the quality of their work, the relevance of their practice to the residency and their awareness of the importance of cultural heritage and exchange in fashion. Judges included Kendall Robbins, Fashion Programme Manager at the British Council; Niamh Tuft, International Fashion Showcase Manager at the British Council; Mouna Belgrini, freelance fashion journalist; last year's winner Holly Jayne Smith, a representative from Casa Moda Academy; and a representative of Graduate Fashion Week.

The residency is run in partnership with the British Council, Graduate Fashion Week, the Casa Moda Academy and AMC Mode.

Shreyaa Mavani, a recent graduate in Fashion from the University for the Creative Arts, is a London-based womenswear designer. Her Cheshire-based family originated in Africa and have their roots in India.

In May she was selected to showcase her graduate collection at Graduate Fashion Week, where she was shortlisted for the best of GFW. Her work has appeared in Draper’s Weekly, on the British Vogue website and it has been featured on a number of fashion blogs.

Her work shows a distinctive style of creative pattern cutting, and excellent use of colour and fabric throughout. Inspiration is sparked by combinations of art, contemporary sculpture and a range of different cultures. Shreyaa’s research methods have led her to interweave her different themes to create eye-catching new designs and garments. She loves working on the stand to create innovative new shapes and combining this with flat-cutting to rethink what a garment might be.

Melissa Obika is a womenswear designer who specialises in structured fashion, print and embroidery. Born in London, she studied art and design foundation degree at London College of fashion where she decided to specialise in womenswear. She then moved to Manchester where she studied BA Fashion at Manchester school of art. Graduating in July 2015, her 6 outfit final collection was inspired by her travels through New Zealand, Thailand, Fiji, Laos, Australia and America. The collection is based on the manipulation of a repeated pattern. Her main focus was on using layers to play with the proportions on the body. Melissa's work has always been influenced by different cultures, bright colours and the beauties of the world, her motivation in fashion is to make something from nothing. Her future hope in fashion is to bring more sculptural garments in to the retail market.

In 2014, Morocco was the host country for the inaugural award. The programme was run in partnership with Casa Moda Academy and the Association of Moroccan Fashion designers. The winning designer, Holly Jayne Smith, spent a month living in Casablanca hosted by the organisations and spent her time immersed in the rich visual and craft heritage of the country. As part of her residency, Holly was given a studio space at the university to work from and delivered some workshops for the students. She was guided through the local fashion industry by a well-known blogger based in the city.  Following her residency she was invited back to Birmingham City University as an artist in residence.

Holly’s capsule collection was showcased at the Fashion Scout Emerging Designer’s Showcase as part of A/W 2015 London Fashion Week as well as at the British Council and British Fashion Council’s International Fashion Showcase 2015.   She has since been invited back to present the collection in an exhibition at the Casa Moda Academy.