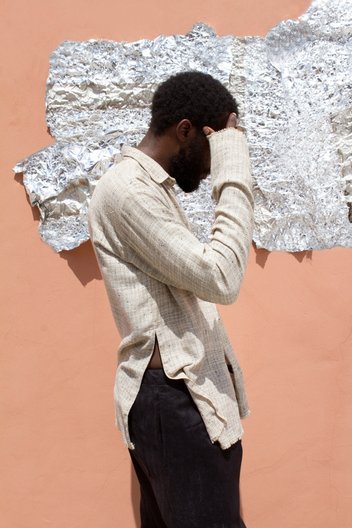 London fashion thrives on the convergence of cultures, this panel discussion will
celebrate the influence of international fashion on the capital and explores how the city can continue to welcome international emerging talents.
Book tickets

The UK is a world leader in fashion education attracting large numbers of international students. In turn the London Fashion Week and London Collection: Men schedules are populated by designers who come from all over the world who have chosen to make London their home. From established designers like Hussein Chalayan, Roksanda Ilincic and Duro Olowu to emerging designers like David Koma, Boru Aksu and Simone Rocha London fashion has its own distinct local identity while being thoroughly global.

The history of immigration into London has affected its fashions as much as any other aspect of culture. From the flourishing of the Indian paisley motif in the 18th Century to Jewish tailors settling in London’s East End and the influence of the ‘Windrush’ generation on style as documented in the V&A’s Black British Style exhibition London’s fashion culture has been continuously shaped by those we have welcomed to our city and the international links it has forged through trade, travel and migration.

The International Fashion Showcase is hosted in Brewer Street Car Park in Soho, an area that itself flourished as a fashion district as a result of international influences. French Huguenots settled in the area in the 17th Century bringing their lace-making traditions with them. John Stephen, a pioneer of the London boutique, looked to Italian tailoring and styling in his suits at the height of the Carnaby Street. Its blend of music, coffee culture in the 1960s made it a focal point for the ‘youthquake’, the influence of which can still be felt in London’s fashion which often places emphasis on emerging designers and youth culture.