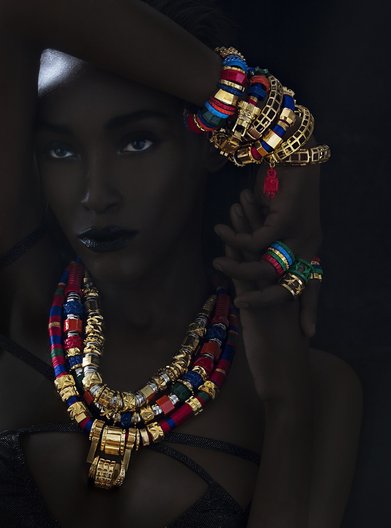 The British Council and the British Fashion Council will present 110 emerging designers from 30 countries in the largest public fashion exhibition of its kind. The annual exhibition, now in its fourth year, is free of charge and will take place at Brewer Street Car Park in London during London Fashion Week between 20-24 February.

The first joint collaboration between the British Council and the British Fashion Council is the only BFC initiative which is open to the public during London Fashion Week, allowing you a first glimpse of some of the most exciting new international designers working today.

The exhibition covers four continents and is arranged by country, with each presenting a curated static exhibition. Highlights of the exhibition will include:

In a prize-giving ceremony during London Fashion Week industry experts will select a country, a curator and a designer awarding them with a trophy designed by emerging Brazilian jeweller Fernando Jorge. The panel is chaired by Sarah Mower MBE, BFC Ambassador for Emerging Talent and European Editor-at-Large of Vogue.com. Sarah said: “The International Fashion Showcase is a unique project and the first to promote the work of emerging young designers from all over the world on such a large scale. It builds on London's reputation for shining the spotlight on young talent and celebrating diverse fashion cultures.”

Also running throughout February will be a public programme of talks and events, including a designer mentoring programme facilitated by London College of Fashion. The Designer Support Programme will bring together a network of LCF affiliated academics and researchers, to help designers prepare for the showcase by offering them mentoring opportunities and seminars on business development during IFS. A collaboration with Fashion Scout will offer designers involved in IFS the opportunity to show their work in a group catwalk show.

The exhibition will also feature a ‘Next in Line’ area curated by On|Off with countries including the Argentina, Canada, Netherlands, Morocco and Thailand.

Over the course of the exhibition there will be programme of talks open to the public. For more information see our International Fashion Showcase pages.

The British Council and the British Fashion Council would like to thank London College of Fashion and Fashion Scout for the mentoring and showcasing opportunities offered to the International Fashion Showcase designers; Bonaveri for their support in the exhibition; and the Vinyl Factory for making IFS 2015 possible.