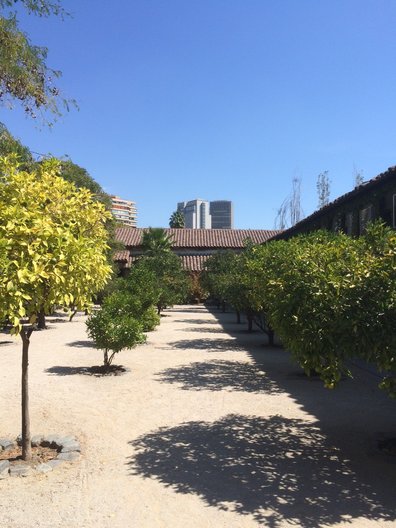 Campus of the Architecture School at Universidad Catolica 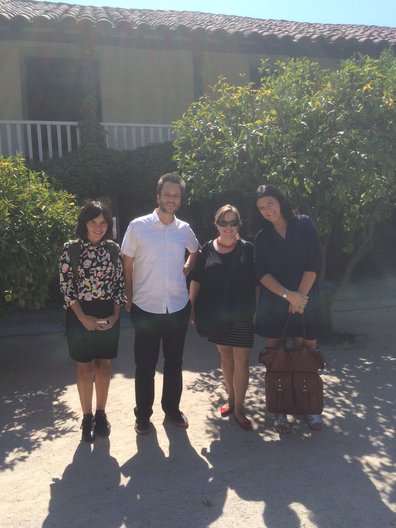 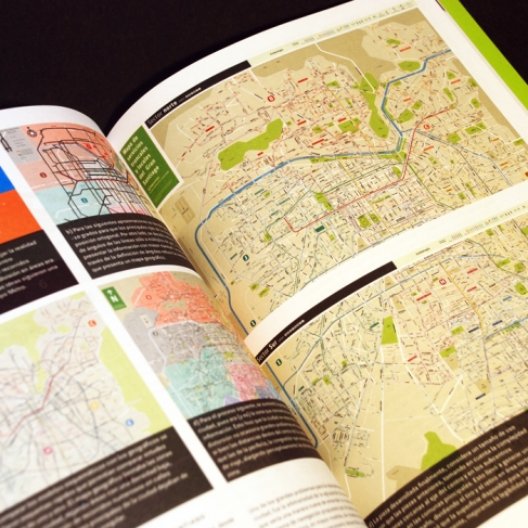 Publication by the Department of Typography Studies 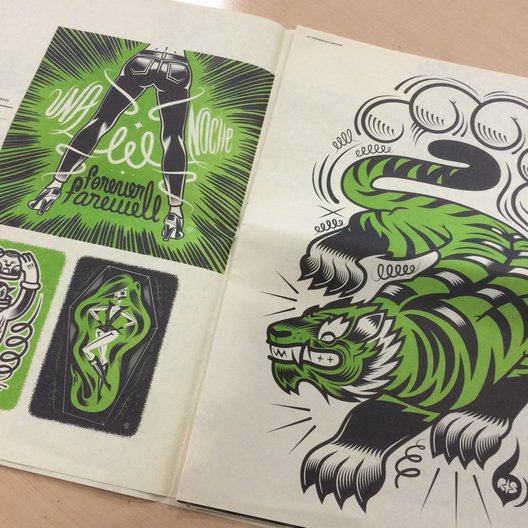 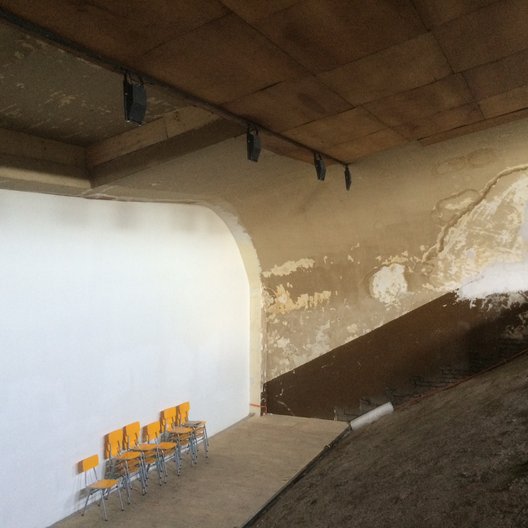 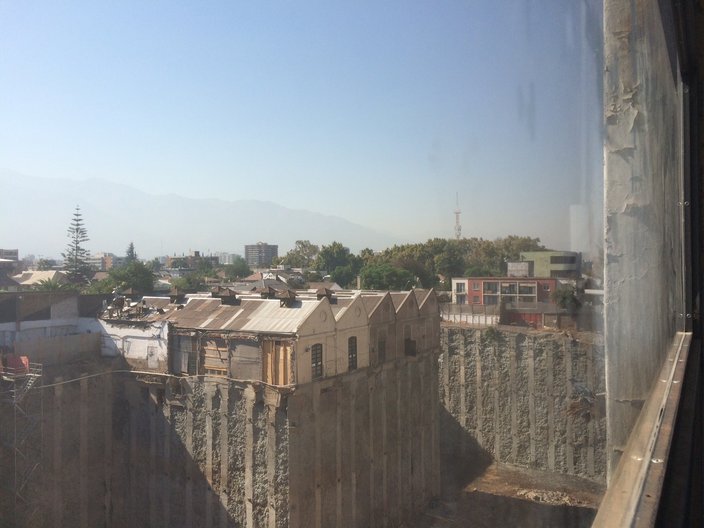 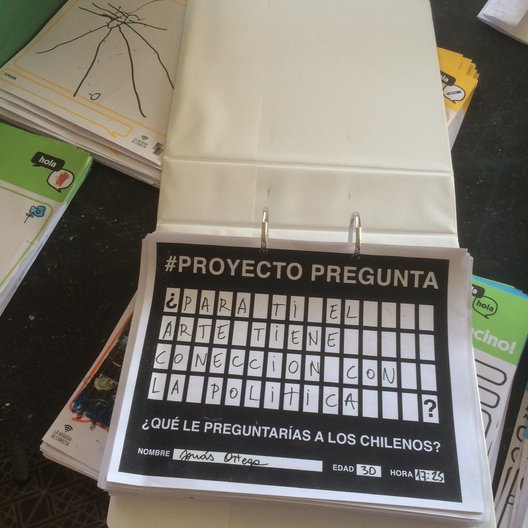 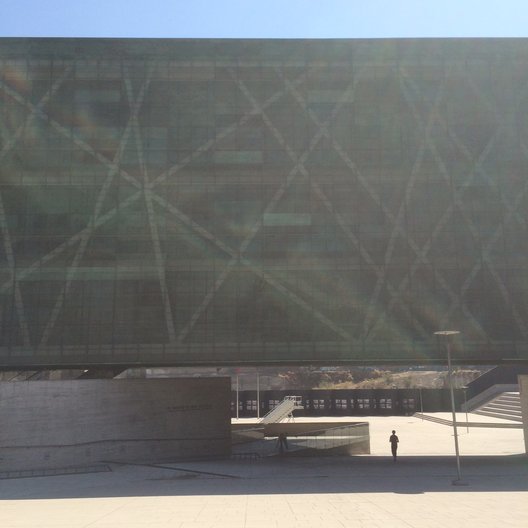 My second day in Santiago starts with a meeting with Raiz Diseño, an independent organisation that activates an impressive network of activities across the whole of Chile. Their main aim is to promote sustainable design and to encourage new ways of utilising local materials and skills responsibly. I am once again reminded of Chile’s continental scale and how cultural organisations here – and individuals leading cultural projects – recognise, and often embrace, the need to expand networks away from Santiago towards the northern and southern edges of the country’s vast territory. Here, too, the focus is on possible links through design residencies or fellowships.

On this second day, I'm joined by our new colleague Virginia Di Paola, responsible for Arts Strategic Partnerships in the Americas. Virginia has just joined the British Council so this is a good chance for her to explore links across the Region with me and other Arts colleagues.

We are then received at Universidad Católica by José Allard, Director of the School of Design. I am completely bowled over by their warm welcome: we are joined by all the heads of programmes for an informal lunch. I must admit most of the food remained un-eaten as we were all too busy discussing ideas… I am surprised to hear about the unique fluid structure of the school, which seems to enable collaboration across disciplines. All students operate under one single Design umbrella, and specialisms ranging from Textiles, to Product and Lighting Design, are accessed through electives or extensions. The School also runs its own maker space, and the conversation automatically shifts to the possibility of it hosting a Maker Library in 2016.

José then takes us on a whistle-stop tour of the campus, which includes one of the most extensive Design and Architecture libraries in Latin America, and a group of impressive colonial buildings, one of which is the old 18th century chapel with its original altar kept out of sight by a curtain. I’m told this is particularly handy when there are student parties... José has also led the creation of the Department of Typography Studies at the School, and I'm excited to get my hands on a copy of a comprehensive survey of the work carried out by the department over the last 12 years or so, which includes a complete revamp of the signage system for Santiago's integrated public transport network.

The University is also widely recognised as having one of the strongest Architecture programmes in the continent, so I am thrilled to meet Francisco Quintana and Patricio Mardones, Director of ARQ, Chile's leading Architecture magazine. Patricio was one of the nominators for our Atlas of the Unbuilt World project in 2013 and it is good to reconnect. We agree the wave of interest in contemporary Chilean architecture might not need much of a push, given last year’s Silver Lion in Venice and what became known as the‘Chilean summer’ in London with Smiljan Radić’s Serpentine Pavilion and GUN Architect's exhibition at the AA adn accompanying pavilion at Bedford Square, but we recognise the need for the creation of more sustained platforms for British and Chilean architects to collaborate.

My programme also includes a meeting with Campus Creativo, a hub within Universidad Andres Bello bringing together their Architecture, Arts, Design, Advertising and Journalism programmes. The hub aims to foster links between the academic programmes and the creative sector, and would be comparable to projects offices in some UK universities. Another initiative that might link other countries up in the region is their Latin Lover graphic design festival, which also resonates with similar ongoing UK programmes, such as Pick Me Up, or closer to home, with Trimarchi in Mar del Plata.

We then join colleagues at Fondo de Cultura, which functions as a national Arts Council. Again, and yet again I’m amazed by their warm welcome. With representation across several departments including Design, Architecture, New Media and Crafts, our conversation covers existing collaborations, such as Chile’s participation at the latest IFS, as well as new ideas for residencies and exhibitions: Ice Lab in Punta Arenas, perhaps? Time for a quick stopover at Museo de la Memoria y de los Derechos Humanos, designed by São Paulo-based Estudio America. Opened in 2008, this is an incredible museum that works as a reminder of Chile’s dark Pinochet years, and whose striking building has become one of Santiago’s defining landmarks.

Finally, I visit the headquarters of Mil Metros Quadrados, or Mil M2, who might be described as cultural producers/provocateurs, often operating in the somewhat tricky zone between developers, city planners and local communities. Operating from an old art deco cinema earmarked for demolition, Mil M2 originally started its life as meanwhile occupants of a 1,000 m2 disused hat factory next door – hence the name –, which has given way to a large, mixed-use development, now under construction. I’m struck by the surreal view of the giant hole marking the site as the foundations for the new development start to go in. Under the umbrela of Mil M2, architects, designers and artists have come together to ask questions to local communities, mostly immigrants from neighbouring coutries such as Bolivia and Peru through activities such as their Proyecto Pregunta, or Question Project: who is the city for? does the city want / need art? does all art need to be political? And some of the answers, most of them quite moving, can be found on their website and work to inform future activities and provide a voice to these marginalised communities. I’m told the changes happening here are not isolated, and much of the neighbourhood is also being ‘improved’. Is this a reminder of what most contemporary cities share, whether they be in Europe, Latin America or elsewhere? A good case for these questions to continue being asked.

As my time in Chile comes to an end, I’m reassured by common goals and interests shared between architects, designers and cultural institutions in both our countries. Perhaps more importantly I've been inspired by the drive and talent of desigenrs such as Gabi Zurita, who is doing incredibly interesting work investigating issues of identity and sustainability by working with craft communities across Chile, or Nano Pulgar and Claudia Betancourt at Walka, who are spreading their knowledge and experience through their idependent school. From individual designers to institutions, I have been touched by Chile’s – and Argentina’s – sense of energy and possibility, and I look forward to continuing the conversation from the other side of the pond.