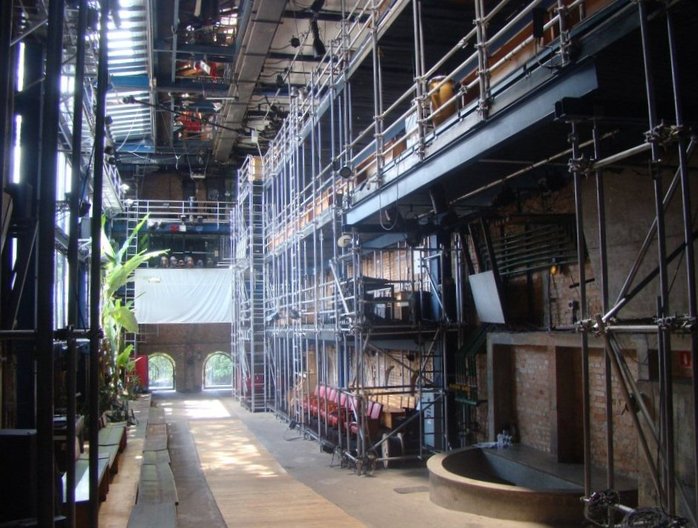 Applications are now open for the third round of the Lina Bo Bardi Fellowship.

The Fellowship, a four-year programme supporting architects and designers interested in exploring the work of Lina Bo Bardi in Brazil, seeks to raise awareness and understanding of the important contribution of Lina Bo Bardi to architecture, culture and society; to widen and deepen the understanding of Bo Bardi's work internationally; and to create long-term connections between the UK and Brazil, and between British and Brazilian architects, designers and artists.

For this round, UK-based practitioners working in fields other than Architecture and Design are also invited to apply (e.g. dance, performance or choreography; history, social sciences or philosophy).

Fellows are supported with a travel grant and accomodation for a 4-6 week trip to Brazil, as well as mentoring, advice and contacts from Lina Bo Bardi scholars, the British Council and Brazilian partners. In a second phase, the Fellow may be awarded seed-funding to pursue a project in the UK that builds on their research in Brazil.

The Lina Bo Bardi Fellowship is organised by the British Council, and supported by SESC SP and Instituto Lina Bo e P.M. Bardi.

Applications for this year’s Fellowship will be considered under two categories, with only one Fellow being selected:

A study of the work of other architects and designers, as well as Brazilian culture as a whole, is also encouraged.

Architect Jane Hall was selected as the inaugural Lina Bo Bardi Fellow (2013). Jane’s research focused primarily on how society, culture and the notion of 'Brazilianess' affect architectural practice in Brazil today. Jane spent 6 weeks in Brazil working with and recording the work and aspirations of students and young practices.

Laura Smith, the 2014 Fellow, focused primarily on the impact that Brazilian popular culture has had on Bo Bardi's work. Laura's research was centred around Bo Bardi's designed works through drawings and making in order to reveal the architect's design process, intent and influences. Laura will present some of her findings at a public event in London in early May - details to be announced shortly.

Further information on the Fellowship and on how to apply is detailed in the Open Call document. The closing date for submissions is Friday 17 July 2015.