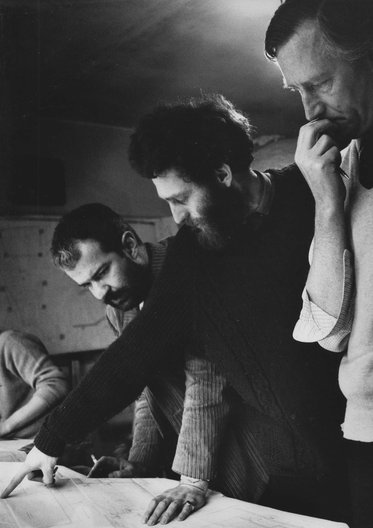 As part of the cultural and arts events taking place from tomorrow at the Belfast Festival, the British Council has programmed a series of events and exhibitions that look at the history of architecture with specific reference to the impact of modernity in Northern Ireland over the past century. The events have been inspired by this year’s Venice Architecture Biennale directed by Rem Koolhaas and the British Pavilion exhibition, A Clockwork Jerusalem.

Featuring film screenings, tours and discussions, the Absorbing Modernity programme kicks off on 25th October at the Ulster Museum with a discussion on Northern Ireland’s resistance and absorption of modernity with Michael Corr, Creative Director, PLACE, Alan Jones, Director of Education (Architecture) Queen’s University and Alastair Donald, Director of the British Pavilion 2014.

For more information, a special brochure has been produced featuring essays by Kevin Bean, Liverpool University, and Rebecca McCabe, PLACE, which you can read here.

For the full programme, visit belfastfestival.com.