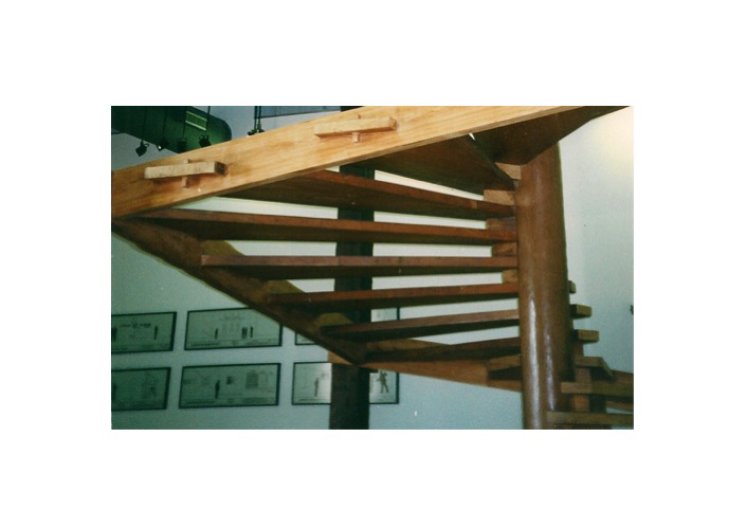 Detail of Solar do Unhão staircase by Lina Bo Bardi 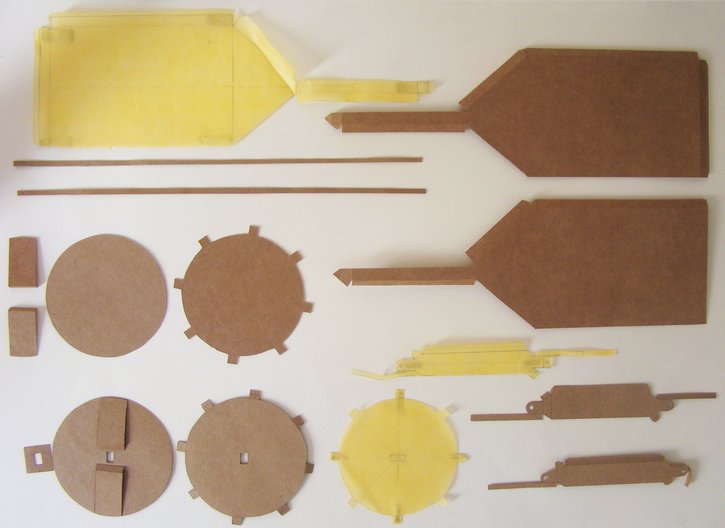 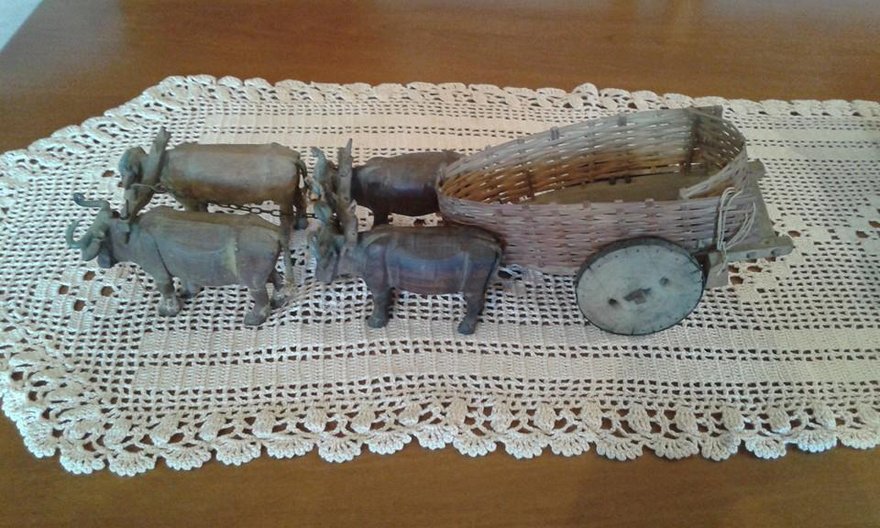 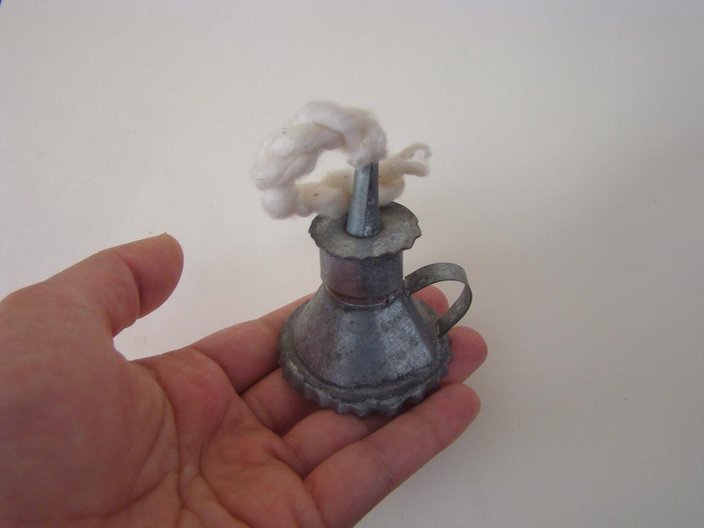 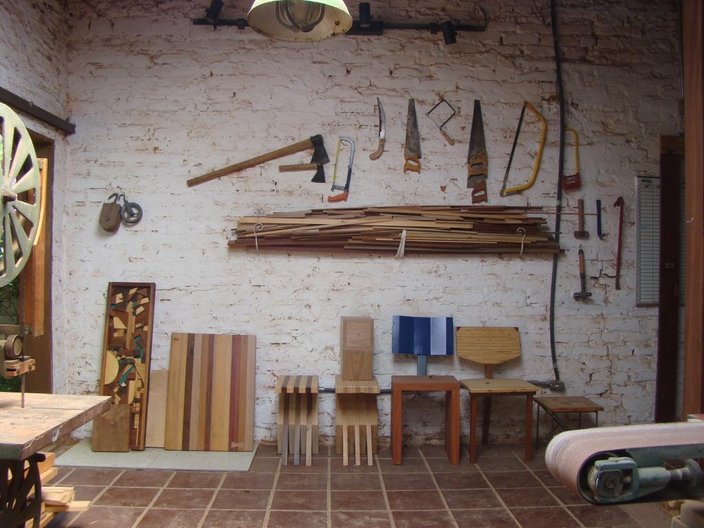 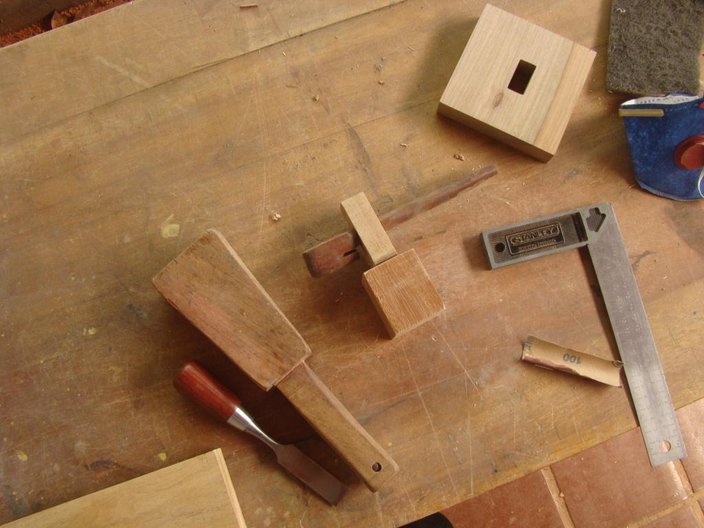 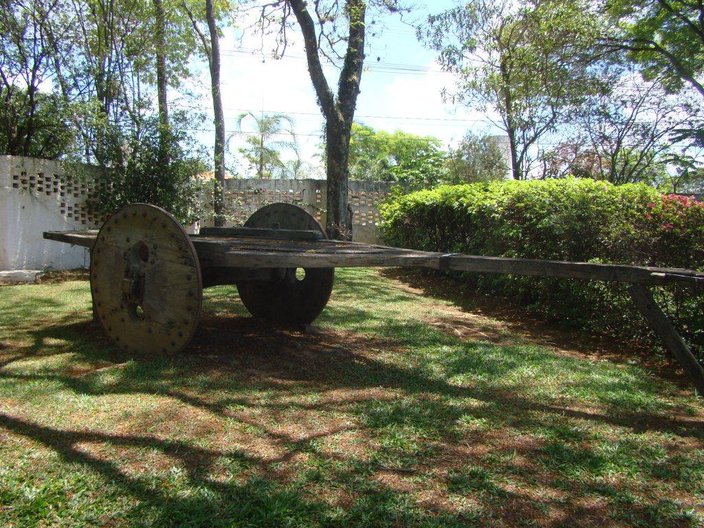 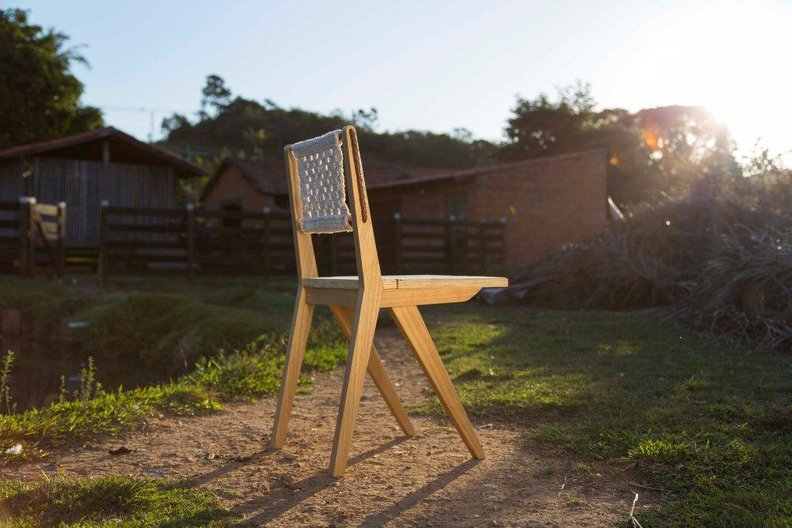 In her second report from Brazil, Laura Smith shares her latest explorations into the work of Lina Bo Bardi and the co-relation between carros de boi and their presence in Brazilian popular culture and Bo Bardi's design for the staircase at Solar do Unhão. You can see the full photo story of Laura's investigative making process at ADF Flickr.

For the last two weeks the story of the carros de boi (oxcarts) and their translation into the Solar do Unhão staircase has held my attention. I wanted to find out where and when Lina first saw one of the oxcarts.

Having never seen a carro de boi, I decided to make a simple paper model to understand the construction and mechanics of the structure. Through this process, I learned that Lina had borrowed the detail that fixed the wheel to the axis of the cart. Searching her archives wasn’t bringing up the results I was looking for. I guess I was hoping for a picture postcard of Lina stood next to a cart with and place and date so I could pinpoint exactly where and when her inspiration had come from, but this wasn’t the case. I widened my search and began to ask everyone I spoke to about carros de boi and if they had ever seen one (it was beginning to seem like a mythical object). The responses were amazing – people told me of early childhood memories standing next to one, riding on them with grandparents, the sound that they made as the timber axle ground against the timber chassis. A friend mentioned that her grandfather would sculpt miniature carts and bulls for all the family members, each expressing the intricate details of the construction. A number of people mentioned having model versions in their family homes. It became apparent that the cultural heritage of the carro was still living in the collective memories and stories, even if they weren’t a common sight in towns and cities anymore. So too did it become apparent that Lina did not directly translate the design because of an encounter with a cart one day, but instead she realised the cultural significance through the public’s celebration of it in their material culture.

A conversation with architect Marcelo Suzuki confirmed this. He worked with Lina for 11 years and was editorial co-ordinator for the book Tempos De Grossura: O Design No Impasse (In Times of Rudeness: Design at an Impasse) which was written by Lina but published posthumously, with articles contributed by a number of experts on material culture for the different States that make up the north-east of Brazil (Maranhão, Piauí, Ceará, Rio Grande do Norte, Paraíba, Pernambuco, Alagoas, Sergipe and Bahia). These experts had been part of a close circle of friends who informed Lina of the cultural richness and diversity expressed through everyday objects, and who helped her build the collection of artefacts for her Civilização exhibitions.

Suzuki also confirmed that unfortunately there was no evidence of these discussions and trips in Lina’s archives. As a gift, he gave me a pequena lamparina (small lamp) from a collection of objects he had displayed on a shelf in his studio. It was so small and, although functional, would have been made as a toy so that the children could mimic their parents, Suzuki explained. It reminded me of the models of the carros de boi, and it seemed fascinating, the human desire to miniaturise something so as to ‘play’ out its role, which in turn, helps in the teaching and understanding of its purpose.

We talked about the joinery detail used for both the cart and the staircase. A mortise and tenon joint where the tenon passes through the mortise and is then locked into position with a wedge-shaped key. With the joinery detail clear in my head, I wanted to explore the process of design and to make it at a 1:1 scale. Through connecting with the young Brazilian furniture designer Lucas Neves, I was invited to use his workshop at his atelier in the countryside outside the city of Jundiaí. Close to his workshop, a local restaurant owner, to my disbelief, had collected old carros de boi and had them placed around the gardens like museum pieces.

I made the details using reclaimed Brazilian hardwoods Jequitibá-rosa and Cumar. The first one was made by constructing the mortise and tenon around an original key from a cart that Lucas happened to have in the workshop, amongst other interesting rescued pieces he had collected with the aim of incorporating them into the furniture he makes. One of his chair designs, Caipira (Hillbilly), will be displayed at next year’s Milan Furniture Fair. The design, he tells me, is inspired by Lina’s 1948 wood and leather folding chair. Although he only realised once he made it, this anecdote makes me laugh. What a fitting story to hear at the end of my journey uncovering inspiration behind the staircase.