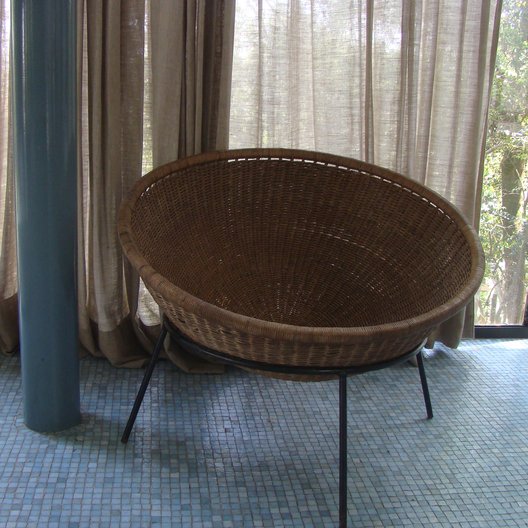 Plan of staircase at Solar do Unhão 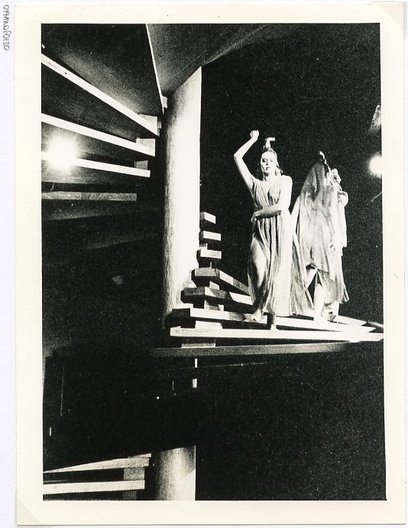 Staircase at Solar do Unhão as stage 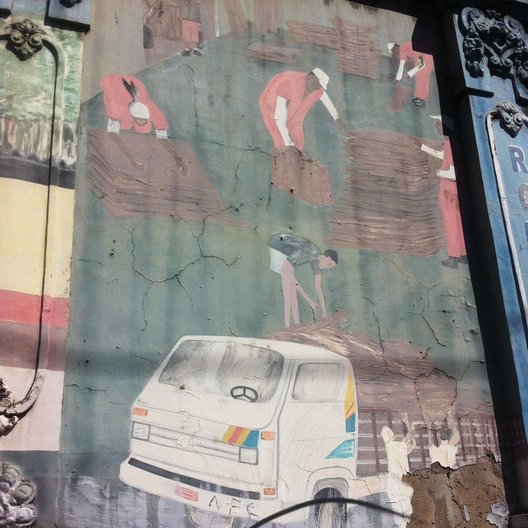 Mural on building in Salvador 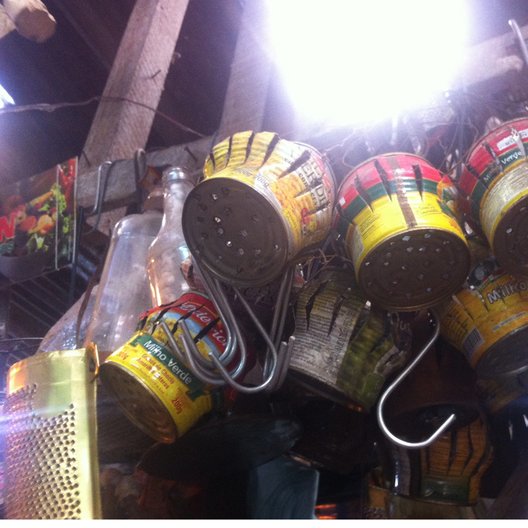 This is the first in a series of reports from architect Laura Smith, who is in Brazil through the Lina Bo Bardi Fellowship exploring the work of the celebrated Brazilian architect. Laura’s research will focus primarily on the impact that Brazilian popular culture has had on Bo Bardi's work and how this heritage is translated into contemporary design.  Laura aims to investigate Bo Bardi's designed works through drawings and making in order to reveal the architect's design process, intent and influences.

In a few hours' time, voting will close on the presidential elections in Brazil. In what is one of the closest election campaigns since democracy was restored in the 1980s, the nation is divided on how they should  'progress' as a country. Today’s social and economic climate echoes the Brazil that Lina Bo Bardi first arrived to from Italy. Ideals imported from modernist Europe, such as the Bauhaus school of thought, insisted that progression meant industrialisation and tabula rasa to the antiquated traditions and craft of the past. Lina also strove for industry; to her dismay, the curtain wall at the São Paulo Museum of Art (MASP) could not be mass-manufactured, as the infrastructure was not in place to support such production, and instead it was made bespoke. Yet she understood that the culture and identity of a country's people could drive design and art and this, in turn, could unite them.

Both modernism and humanism were ever present in her work. In her early career in Italy, she used writing and graphic design as a vehicle to critically explore how people live and the material culture of their homes in the immediate post-war climate. In Brazil, her first projects, such as that for her own home, Casa de Vidro, while having strong modernist principles, demonstrate sensitivity and inclusion. Yet her later work, notably SESC Pompeia, happily and spiritedly break all the rules – a far cry from Bauhaus. Here, the handprint of the maker is evident throughout. The building itself facilitates participation on every scale – strategically placed benches, open workshops to learn or watch, a fireplace to gather around, and a large raised timber deck to enjoy the sun. She valued culture and continued investigating it through many mediums.

This year is the centenary of Lina Bo Bardi’s birth. In São Paulo, numerous exhibitions and events are taking place, each celebrating a different aspect of her cross-disciplinary practice. At Museu da Casa Brasileira, the show looks specifically at her exhibition design. SESC Pompeia has two concurrent exhibitions, one on the political nature of her architecture and the other focusing on her graphic design. At Casa de Vidro, a collection of her furniture is being displayed, including some rare pieces from private collections including a Bardi’s Bowl chair made from wicker.

Looking through her archives and having access to so much of her diverse body of work has acted as a springboard to my investigation. It seems to me that while she was based in the northeastern state of Bahia, Lina’s work took on a new life and became even more powerfully charged. It was as director of Museum of Modern Art of Bahia (MAM Bahia), between 1959 and1964, that she began to question modernity and its notion of progress, even renaming the museum 'Museum of Popular Art'.

I have followed her journey to Salvador, the capital of the state of Bahia, in search of the inspiration that re-centred her ideological focus. In the few years before the coup d’etat in 1964, Bahia had become the creative centre of Brazil, with a latent cultural richness and an influx of artists driven to the movement that was taking place, the movement that was defining Brazil as a people. Music, art, theatre and architecture all worked together to encapsulate the heritage found in the state and beyond. The title of her page written for Salvador’s daily newspaper Diário de Notícias (1958), called ‘Chronicles of art, history, costume, living culture. Architecture. Painting. Sculpture. Visual Arts’ gives a clear indication of her ideology.

At Solar do Unhão (the restoration project by Lina completed in 1963 for the permanent housing of MAM Bahia) the museum's director, Marcelo Rezende, speaks passionately about Lina’s thoughts on education and her intentions to reinterpret the concept of a museum as an active place of learning and exchange. Afterwards, as I look through the articles and letters written by Lina during her time as director, I begin to see the threads come together across disciplines and collaborations, and how they are consolidated in her later work. Not only architecture and design embedding cultural heritage, but also supporting 'living culture'. A photo of the timber staircase at Solar do Unhão as a theatre reaffirms this. I am awestruck by the staircase at first sight. The scale is far grander than I had imagined and its structural strength is incredibly impressive. As with many of her staircases, it is not only a structural form, but also a device uniting the two floors it connects and transforming an existing building into a new architecture. The heavy timber steps spiral from the central column. The joinery detail that fixes the treads to the stringers is based on the traditional carro de boi (oxcart), still used today. The stringers fix back to four of the existing posts, creating an elegant geometric form in plan that moves from circle to square. The story behind the design has always fascinated me. The design embeds this important cultural artifact and tells of the people and their culture through its reinterpretation. Her designs, by embodying culture both past and present, set the context for the future.