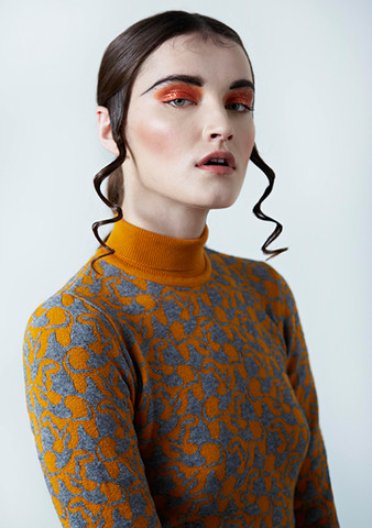 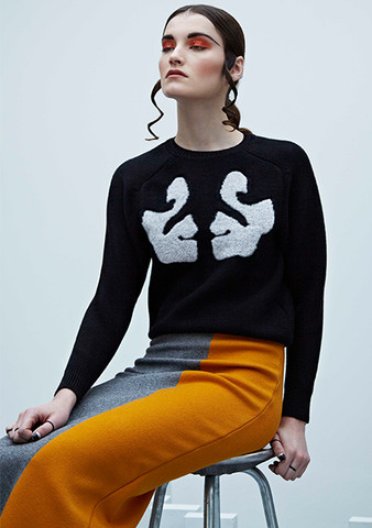 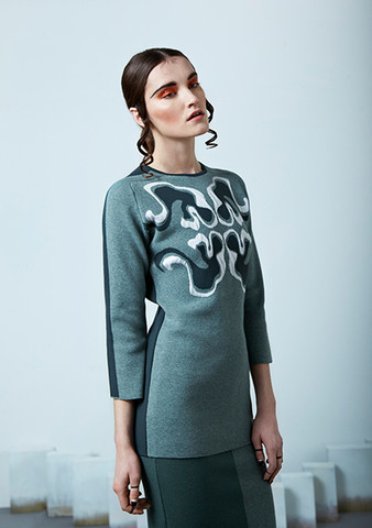 Researchers, ravers and designers working in the fashion field are increasingly interested in the integration of technology into garments and products. In 2006 Philips presented the SKIN dresses, a series of garments which claimed to predict one’s emotional state through colours and pattern changes, just a year later Hussein Chalayan revealed his dress Airborne, which boasted 15 000 LED lights beneath the fabric. We mustn’t forget that fashion’s relationship with technology has also resulted in gimmicks such as LED message t-shirts and O2’s handbags that double up as mobile phones.

In his 1977 essay ‘A Question Concerning Technology’, Heidegger suggests that technology changes our orientation with the world, yet without the ideas, purpose and users, technology would not exist with meaning or value. Who wants a dress that sings and dances when we’re feeling a bit grumpy?  Does wearable tech have to be garish? These wearable design experiments, the ones created to provoke discussion around the future of fashion, technology and the body, question the validity of technology as an important part of fashion.

Almost 10 years on from Philips’ early sensory LED experiments, Richard Nicolls’ striking illuminated dress (made from fibre optics) at this year’s London Fashion Week suggested that fashion might be a step closer to finding the right balance. The processes and ideas that led to the development of the garment resulted from a relationship between Nicholls, the Centre for Fashion Enterprise and Studio XO. Collaboration – and a healthy approach to technology – is key here and can lead to successful outcomes which are actually wearable.

Using technology in the form of knitting and medical imaging, Brooke Roberts and her team translate digital medical scans into knitwear using cutting-edge programming and industrial knitting technology. Brooke splits her time between the department of Medical Imaging at Hammersmith Hospital and running her eponymous fashion label. I caught up with her recently to discuss her relationship with technology, cross-disciplinary working, educational choices and the launch of a design competition for 12-18 year olds.

How has your education shaped your journey?

I went to the University of Sydney, I loved my degree, I was fascinated by science and physiology but the job itself wasn’t creative enough – I felt stifled by it. Then I came to London where I studied at the London College of Fashion (LCF) and Central St Martins (CSM).

I studied women’s wear and innovative pattern cutting. When you work in medical imaging you image the body in tangential planes so when you have to learn that process and understand the imaging of the body in those terms it helps you to develop spatial awareness and understand 2D, and the real 3D shapes that can be made from that.

I’ve just come from the Hospital Club discussing my upcoming campaign; I will be casting women to wear my collection who work in the Silicon Valley in California and the Silicon Roundabout here in London. Women in technology are often overlooked; it’s an area where men are usually championed.

When you talk about technology, which areas are you interested in?

My career touches on different areas of technology, I work with medical imagery, so that’s new imaging technology but I also work in cardiology which is electrophysiology, beyond that there are amazing new apps being launched for patients to deal with their healthcare and provide information. I work with newest technology in digital industrial knitting. I work with the knitting machine which Nike used to make their Flyknit trainers, my work is completely driven by technology!

I work a lot with The Hospital Club, especially the CEO-Sue Walter. She has really supported my Projects and helped grow my business and is behind initiatives bringing science technology maths and design closer together.

A great place of inspiration and connections is The Allan Institute for brain science in Seattle The archives are open source, they research how the brain function, charged with tracking the activity of the brain and helping link that back to us as individual.

The Battery Club- run by Micahel and Xochi Birch who founded Bebo! I’ve been part of some events there and spoken to the members.

Is there anyone in particular you’d like to work with in the future?

I’ve followed Zaha Hadid’s work for years I feel an obvious connection because of her organic beautiful shapes and forms in structure. I met Will I Am recently at the Wired conference and talked to him about my work, I’ve already got some dream collaborations noted.

It could go large scale, could go smaller! I think there is a way to integrate my textiles into product design and interiors.

As a follow up from the transatlantic Valley and Roundabout campaign I would love to do a pick my brain concept work with really inspiring people in technology, and take their brain scans and turn those into clothing and sell those for charity.

Men too this time? Does the brain imagery differ?

There are people with phenomenal ability that we can’t begin to understand. There is something in the structure of anatomy and neurological imaging which is fascinating and beautiful in each individual person. 3D reconstructive software means when we take brain scans we don’t just have old style slices- we can put the data back together spin it 360 and slice through the brain different planes.

The project would be a pathway to connecting with inspiring and successful people,to pick their brain in a design sense but use that as a platform for teenagers who are looking at potential future careers.

I’m passionate about pushing girls into those areas, but I’m also wary of the fact you have to nurture people into areas which are right for them. Not just ‘careers by numbers’ but rather addressing the issues, make sure they realise their potential in whatever suits them. I’m much more about people fulfilling their dreams and aspirations and following their passion.
l would love to see more ‘STEAM’ so bringing art into stem subjects.

Tell us about the competition

I’ve launched a t-shirt design competition for 12-18 year olds. It is open till 18th November and invites teens to submit a design for a t-shirt based on brain scans. This is an opportunity for young people interested science and design to actually have a project realised.

The two winning designs will be put into production to create limited edition printed t-shirts and promoted on our website and sold in our e-store! In time for Christmas!

Where would one find a brain scan?

Online- The Science Museum, any library, The Allen institute’s archive of brain images.

More information about the t-shirt competition, and Brooke’s design are on her website http://brookeroberts.net/