Launch of London Festival of Architecture 2014 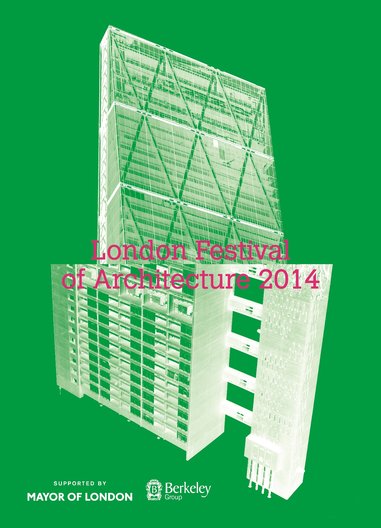 As an initiating partner for the LFA we are curating a live residency project during the festival which will culminate in New Perspectives: A Celebration at Balfron Tower on 21 June. Join us at Ernö Goldfinger’s iconic Balfron Tower for a vertical carnival  of events, workshops, tours and more to celebrate the culmination of our programme.

Exploring the fresh perspectives émigré architects bring to London as an international Capital, the International Architecture Showcase has paired ten UK practices with ten architects from around the world to collaborate on new ideas for Poplar in East London.

Hear the results of this exchange whilst learning more about the architectural stories of Balfron Tower and Poplar.

Two events in association to the Venice Architecture Biennale will be hosted during the LFA. The first, a bike tour through the story of housing in London: social, council and new build. The tour will start at the Boundary Estate, Shoreditch, then cycle east via Peabody estates in Bethnal Green, Erno Goldfinger’s Balfron Tower, Lubetkin’s Cranbrook Estate, the Smithson’s Robin Hood Gardens and Thamesmead on 14 June and the second in association with the Architecture Association's Book Club on 17 June discussing John Grindrod's Concretopia.

Will Self: On Architecture
09 June
In this talk 'When Liquid turns to Solid: the Spatialisation of Capital Flows in 21st Century London' at Kings Place, Will Self explores the theme of capital in relation to new architecture in the city, followed by conversation with writer and journalist Andy Beckett and then takes questions from the audience.

Housing Londoners: Is it just a numbers game?
16 June
This debate will take as its starting point the desperate need to house our growing, changing population, and examine how we can achieve the numbers, while creating great neighbourhoods and quality homes that reflect both our changing lifestyles and an aesthetic value that London can be proud of. Speakers include Claire Bennie (Peabody), Richard Blakeway (Deputy Mayor for Housing, Land and Property) and David Lammy (MP for Tottenham)

The Death and Life of Great London High Streets
14 & 21 June
The GLA are organising eight expert-guided visits of recently completed projects will present practical ways to reinvigorate our high streets by working with their existing character and strengths, and offer an opportunity to discuss their future life. Including projects by Peter Barber, BDP, Cartwright Pickard, Rick Mather, muf architecture/art and Tonkin Liu Architects.

Thomas Heatherwick & Dan Pearson: The Garden Bridge Project
26 June
In their first joint public talk Pearson and Heatherwick discuss the concepts behind London’s first Garden Bridge. Connecting the North, from Temple Station to the South Bank, the bridge designed by Heatherwick and landscaped by Pearson will provide a stunning new public garden across the Thames. This event takes place as part of the Human-Nature series of events staged by Siobhan Davies Dance exploring the theme of natural capital.