Be Part of the London Festival of Architecture 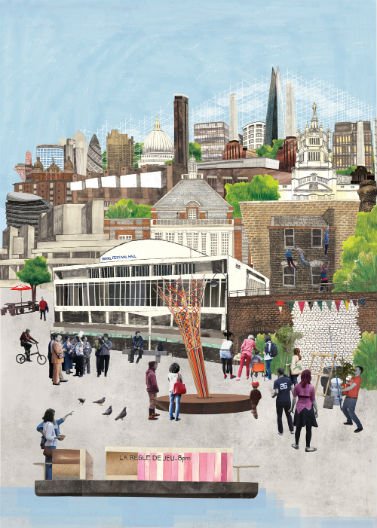 Open Call for Participation in the London Festival of Architecture

The London Festival of Architecture is a month-long, city-wide celebration of architectural experimentation, thinking, learning and practice.

In 2014 the festival will take ‘Capital' as its central theme, and explore its various manifestations; from London's place as the UK's seat of government and finance, its flows of social and intellectual capital, the politics of regeneration and its impact on the city and its position as a world capital of architecture, through its practices and its built environment.

The Festival is delighted to invite proposals for independently funded and delivered projects from installations and exhibitions to debates, workshops and family activities that respond to this year's theme of 'Capital'. To submit a project participants are asked to provide a short proposal by 3 April 2014.

As part of the festival the Architecture Foundation is also launching it's  first-ever short film competition. This international open call for filmmakers to submit short films that respond to the theme of architecture and nature seeks to celebrate the ‘natural capital’ found within the urban context, and to explore ways of capturing architecture and the environment on film.

Following this open call, a shortlist of films will be promoted on the Architecture Foundation website and their Vimeo Channel in order to solicit public feedback.  A jury including some of the most respected figures in architectural film and broadcasting will then select a final winner who will be awarded £1,000 prize money and have their film previewed and showcased at the Barbican Centre and during the London Festival of Architecture 2014.