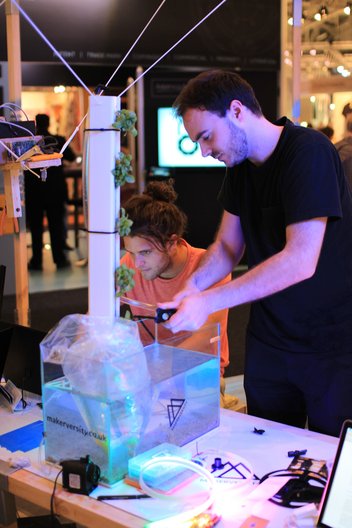 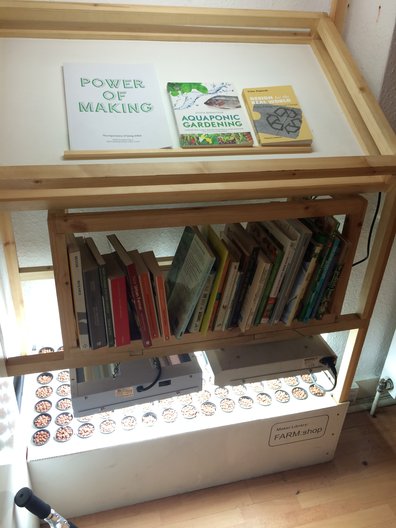 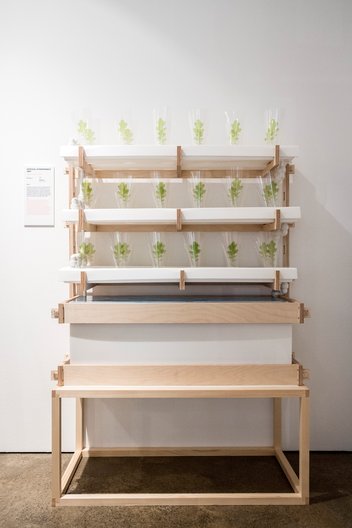 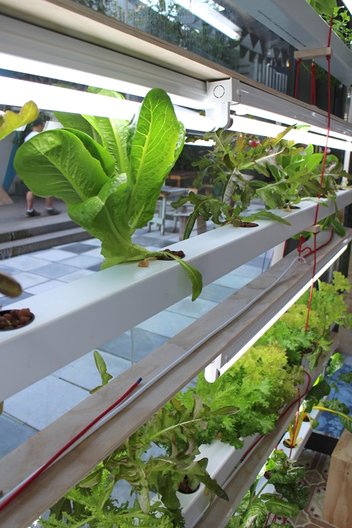 The Maker Library Network programme encourages the crossing of disciplines. Each Maker Librarian shares their specialist knowledge and interests with other members through residencies, online connections, skill swaps or joint projects. Combining skills in imaginative ways can create new knowledge. Applied to an existing project, it can take your work into new territory. One of these projects, Hydroponics, captured the Network’s imagination (and skills) to great results.

Hydroponics is a technique for growing plants without soil, using aerated water and nutrients. Add fish to create the nutrients and you get aquaponics. This field of research was first introduced to the Network by Paul Smyth, then Maker Librarian at London’s Makerversity.

Paul was part of the delegation that travelled to South Africa to launch the programme in early 2014. He was twinned with open source electronics specialists Thingking to run a stand at Design Indaba Expo, a bustling international design fair in Cape Town. There, they collaborated to build a vertical aquaponic farm, integrating Arduino-based electronics to create a monitoring system for controlling the environment and feeding the fish.

A few months later, Paul Smyth temporarily joined the network again, this time from FARM:Shop, a city farming hub in London. The hub’s Maker Library nestled between an aquaponic micro fish farm and a high-tech indoor allotment. New books were added to the Library.

FARM:Shop continued its research into hydroponics with new partners, including Turkish Designer Ek Biç Ye Iç. Together, they developed the first flat-pack hydroponic kit, an easy-to-produce unit that can sit in a small space or be scaled up. In June 2015, FARM:Shop was invited to present this kit at the Vitra Design Museum Maker Library Network Showcase.

Paul’s involvement within the Network renewed his interest in international collaborations and open source design, which in turn led to the creation of a new product. Back in South Africa, Thingking have gone on to assist others to set up urban farms locally. Connections were made, friendships were sealed - it all started with a skill swap, and a couple of fish at a design fair.

Find out more about the Maker Library Network here.