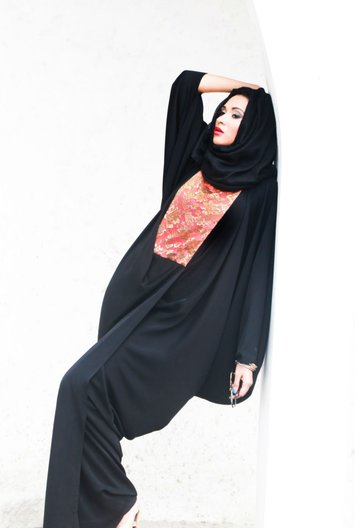 Fatmah Naeem began designing while studying optometry in the UK. Instead of focusing on her lectures, Fatmah would sketch outfits that she dreamt of making. She decided to follow her dream and become a fashion designer. Fatmah began studies in Fashion Design in Canada and never looked back. In 2012, Fatmah launched An-Nisa Abayas, mixing her Arabic and Indian heritage into her designs.