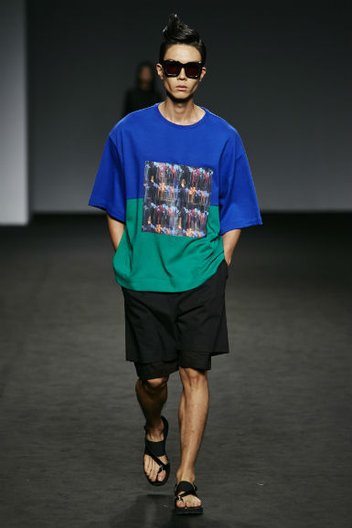 J KOO is an abbreviation for Jinwoo Choi and Yeonjoo Koo, the two designers behind the label. Both designers majored in menswear design at Central Saint Martins in London. After graduating In February 2010 they launched J KOO in London. Their Korean debut was the 2012 F/W Generation Next and since then they have moved their base to Seoul. By using their knowledge in menswear design, they redefined the connection between men and women and expressed this in their designs. They now have both menswear womenswear collections.