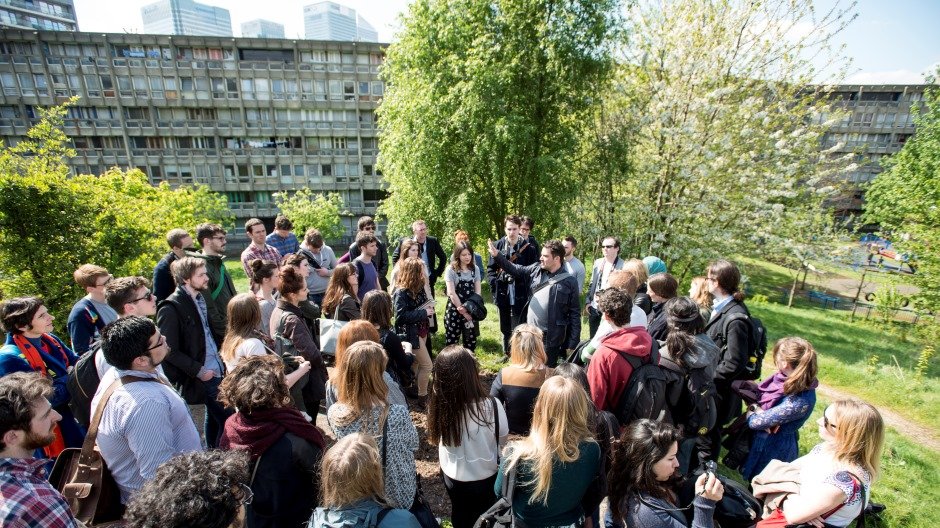 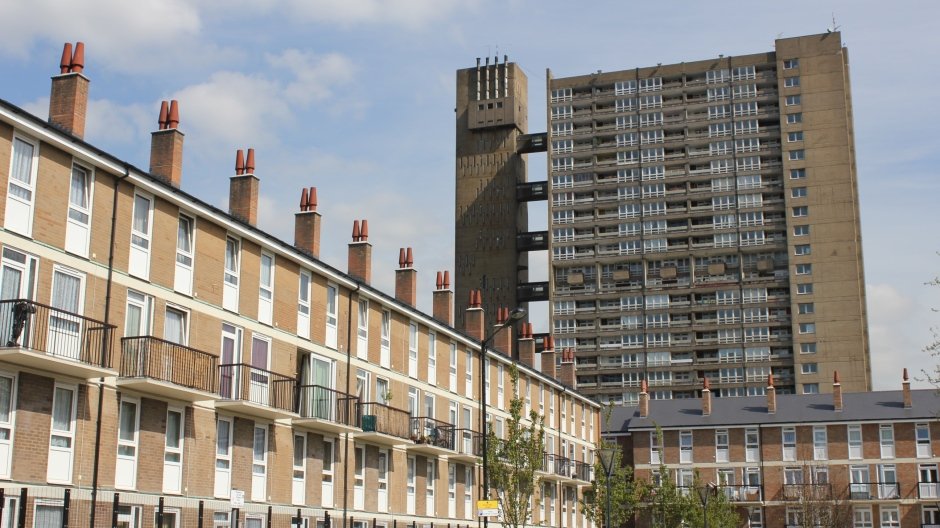 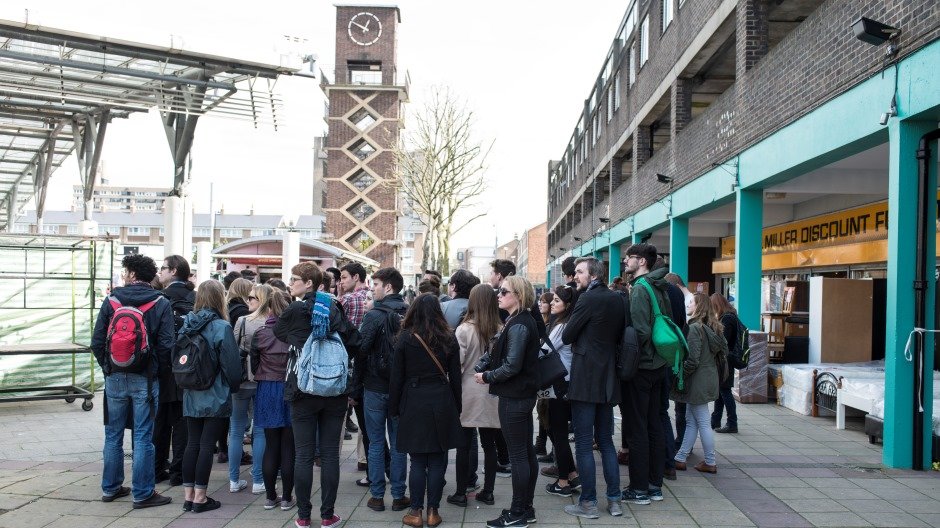 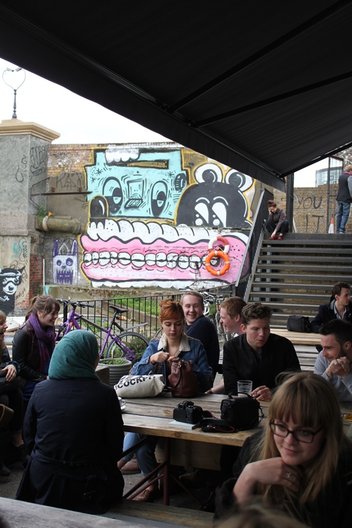 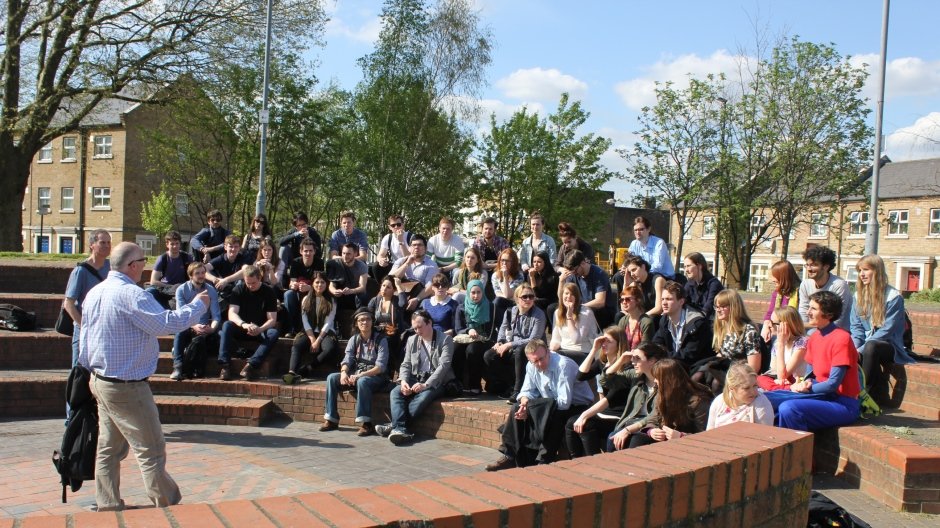 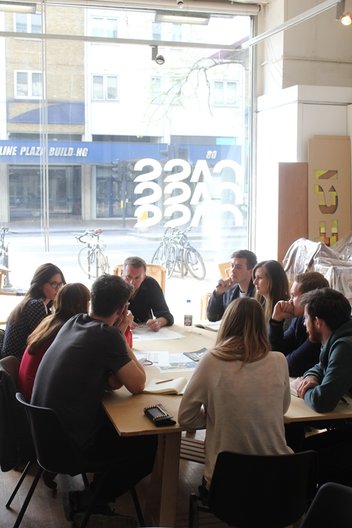 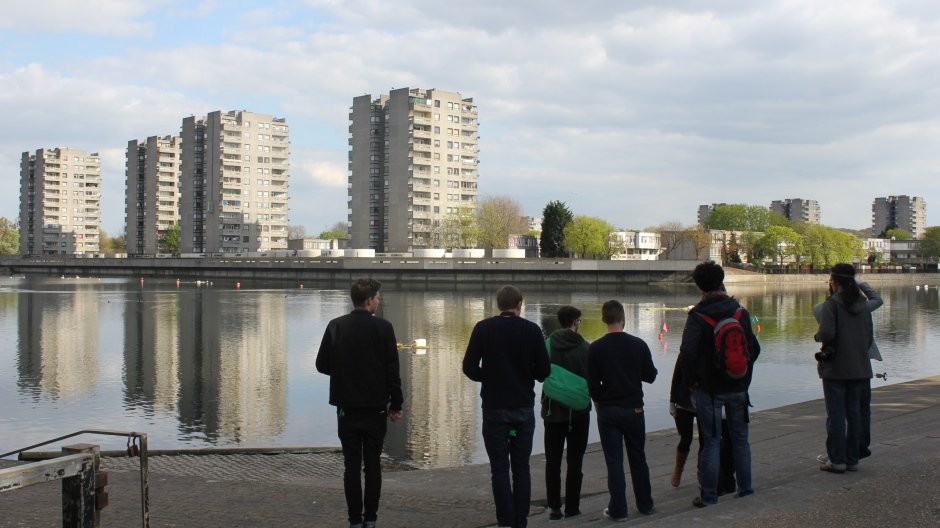 Each year we require a team of stewards to be responsible for overseeing the day-to-day running of the British Pavilion and exhibition at the Venice Biennale. As well as safeguarding the exhibition and managing the pavilion building, stewards act as the public face of the exhibition, discussing its themes and ideas with the general public, press and other professional visitors.

For the Venice Architecture Biennale 2014, we have established a new steward-study programme in partnership with 16 architecture schools and arts institutions from around the UK and beyond. The Venice Fellowships Programme offers 50 students and volunteers a unique opportunity to spend a month in Venice during the occasion of the world’s most important architecture festival, which this year runs for six months from June to November 2014.  Fellows will invigilate the exhibition A Clockwork Jerusalem in the British Pavilion for part of the week, with their remaining days allocated for study and research, which will contribute to a collective research project in response to the biennale theme of Absorbing Modernity: 1914 - 2014.

Before travelling to Venice, all fellows recently travelled to London for a three day induction programme.  As well as providing practical training, the programme intended to provide an immersive and exciting introduction to the exhibition A Clockwork Jerusalem. It also acted as a collective starting point for the fellow’s own investigations, and was an opportunity to visit some iconic sites within Greater London which reflect how the international influences of Modernism have been interpreted and evolved in the British context.

Highlights from the three induction included:

During their visit Fellows were also lucky enough to stay in the iconic Balfron Tower in Poplar, East London. Designed by émigré architect Ernő Goldfinger in 1963 for the London County Council, the tower was built in 1965-67 by the GLC, and has been Grade II listed since 1996. As the tower is soon to be redeveloped, this was a unique opportunity for the fellows to stay with a number of Bow Arts Trust artists in residence, and experience the building before its coming transformation.

On the last day of the programme, we gathered at The CASS School of Art, Architecture and Design to discuss the different approaches and topics fellows could take for their own investigations in Venice. These included presentations and round table discussion with Austin Williams, Director of Future Cities Project and lecturer at Xi’an Jiaotong- Liverpool University in Suzhou, China,Teresa Stoppani from Leeds Metropolitan University, and architectural photographer Grant Smith.

We hope the fellows will benefit from this introduction to the Venice research project, and we are excited to see their own research and experiences develop over the coming months. Thanks to everyone who contributed to programme!

Participating institutions in the 2014 Venice Fellowships programme are: