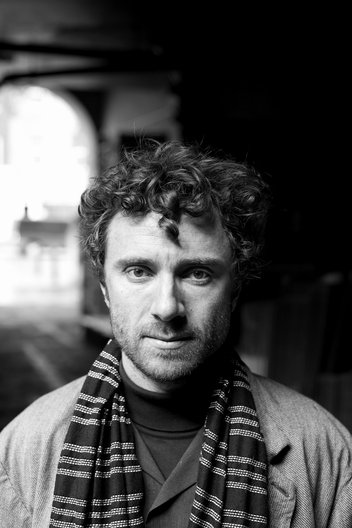 His lecture, ‘The Bridge of Aspirations – Connecting East and West’, will highlight the concept developed by Heatherwick Studio for a new pedestrian Garden Bridge across the River Thames. The green landscape of the proposed Garden Bridge aims to contribute to London’s rich and diverse horticultural heritage of parks, river and canal side environments, allotments and community gardens, as well as supporting many indigenous river edge species.

The scheme extends Heatherwick’s work and interest in bridge design, from his rolling bridge in West London, which curls up around itself, to the design for a mechanised bridge that takes inspiration from traditional Chinese bridge structures in stone and wood.

Kai-Yin Lo, internationally renowned Hong Kong cultural historian and designer, and Principal Visiting Lecturer, Cross Culture, at Central Saint Martins, said, “Heatherwick has emerged as one of Britain’s most gifted and multi-faceted designers since the late 1990s. His innovative approach to design will no doubt serve as a bridge of aspirations in ideal and scope between Hong Kong’s creative force and our counterparts in the West.” At the Lecture, Ms Lo will introduce the cultural and symbolic meaning and significance of the Bridge in China and Hong Kong.

The Central Saint Martins Cross Culture Lecture series was initiated in 2013. It provides a platform for the sharing and development of cultural discussions that cross boundaries, while at the same time preserving the identity of the individual parts in an increasingly globalised world. The event aims to promote the exchange and application of creativity and innovative ideas, and bring home the need for their exploration and cross-fertilisation on many levels.

The Lecture will be open to the public, members of the Asia Society Hong Kong Center, and local students. For more information or enquiries on the Lecture, please contact arts@britishcouncil.org.hk.