You Are Here: NID Traces 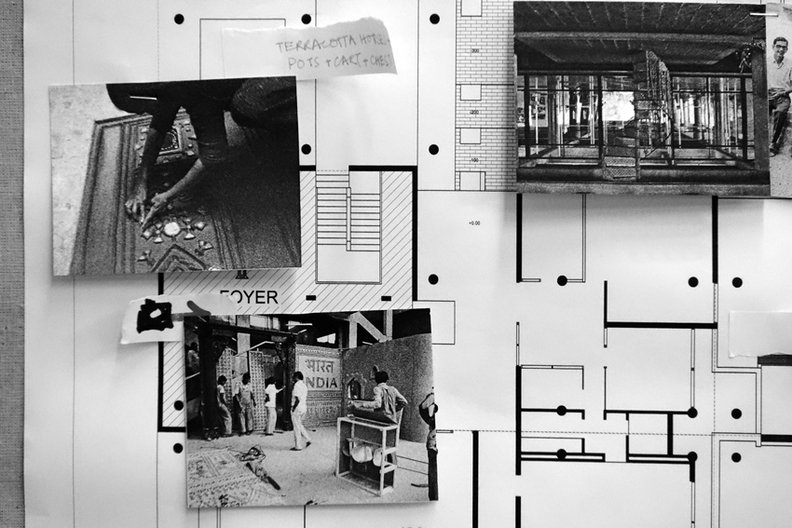 As part of our curatorial residency at the National Institute of Design in Ahmedabad, Tom Wilson has spent the last month working with students and faculty to research and develop a project focused on NID’s collection, which will form part of the wrap around activity at the conference. Tom will also present a paper at the conference.

'You Are Here: NID Traces' is an open-ended and non-linear trail that Tom has developed with faculty and students. It treats NID’s campus building as a palimpsest, in which hidden layers of meaning are brought to the surface to reveal new interpretations. Photographs of NID during its early years overlay the same scene as it appears today, objects from the collection are displayed in the workshops in which they were made, and interpretative panels contain recollections from long-serving faculty members and technicians.

The trail serves as an introduction and orientation for attendees of the Design History Society conference, and includes the development of a map. First year design students have produced a series of souvenir postcards featuring striking graphic interpretations of NID's departments and workshops.

The aim of the trail is to prompt new discoveries and unexpected connections for existing faculty and students, to provoke questions for conference attendees and to encourage a search for further traces of NID's history.

Tom will report back on his experience at NID and the trail soon.