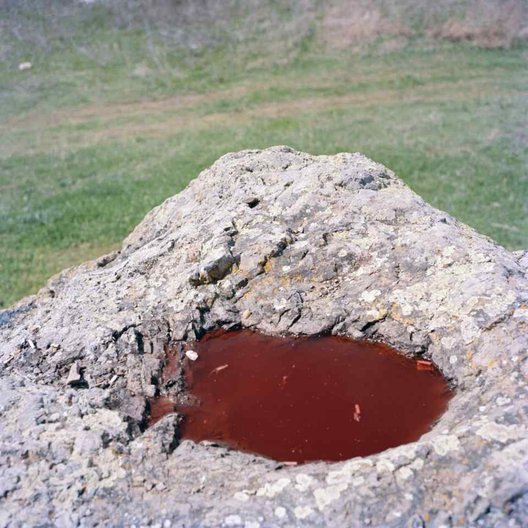 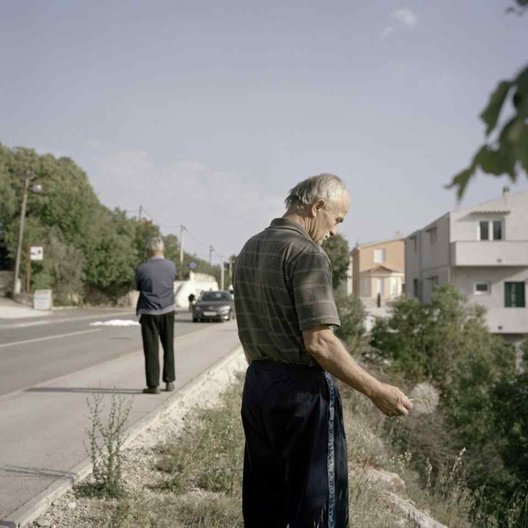 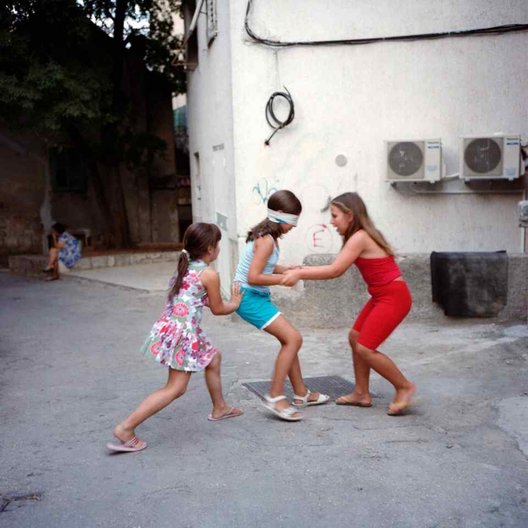 Founded in 1983 by a group of local photographers as a challenge to media representation of the city’s experience of conflict, in recent years Belfast Exposed has made a name for itself showing work by artists and photographers from Northern Ireland and across the world.

The latest exhibition YU: The Lost Country features the work of Dragana Jurisic, a photographer currently based in Dublin but who was born in Slavonski Brod, Croatia (then Yugoslavia).  The show consists a series of photographs taken during Jurisic's recent journey around the former Yugoslavia, a journey which retraced the route of the expedition undertaken in the late 1930s by Anglo Irish writer Rebecca West which formed the basis for West’s acclaimed book Black Lamb and Grey Falcon: A Journey Through Yugoslavia still available as a Penguin Classic.

In the spring of 1936, the British Council had invited Rebecca West to lecture in the then Yugoslavia. In the following years West would make two more trips to Yugoslavia, covering every province of the country from Croatia and Dalmatia through Bosnia and Serbia and on to Montenegro.  All the time she was writing an account of what she saw, an account that began as an imagined "short book" but gradually transformed itself into what professor Alan Jones of Wheaton College has called one of the largest, most ambitious, and greatest books of the twentieth century.

Written on the brink of World War II, West explored the tensions associated with the country’s history and its daily life. A blend of travel journal, cultural commentary and historical insight, her examination of the history, people, and politics of Yugoslavia sought to illuminate a region that was and remains a focus of international concerns and interventions. Indeed, in the course of her work, Jurisic discovered that Black Lamb and Grey Falcon remains to this day standard issue texts for the staff of international organisations such as NATO and the World Bank that continue to be active in the region’s affairs.

The series of photographs exhibited in Belfast Exposed are the outcome of Jurisic’s committed retracing of West’s journey over a three year period, visiting the exact locations and seeking out insights though similar revelatory narratives.  As Jurisic has explained, more than twenty years after the wars that began in the early 1990s, she “began to recall and question my own memories of both the place I was born and events personally experienced. I am calling myself an exile, and not an expatriate – because I can't, even if I wanted to - return 'home'.”

Having during the 1990 census been denied the right to be recorded as Yugoslav, Jurisic’s is a search of both the lost country and the lost identity: “I started retracing West’s journey and re-interpreting her masterpiece by using photography and text in an attempt to re-live my experience of Yugoslavia and to re-examine the conflicting emotions and memories of the country that ‘was’.”

The images capture unexpected and often uncanny parallels to West’s text and delve into the artist’s understanding of her own history. Displayed alongside the photographs are first edition copies of Black Lamb and Grey Falcon that Jurisic has had re-bound, inserting her own photographs at specific pages relating to the text.