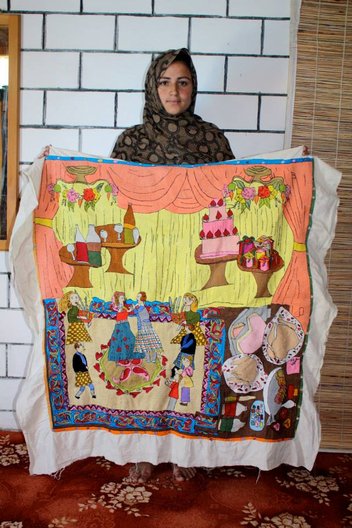 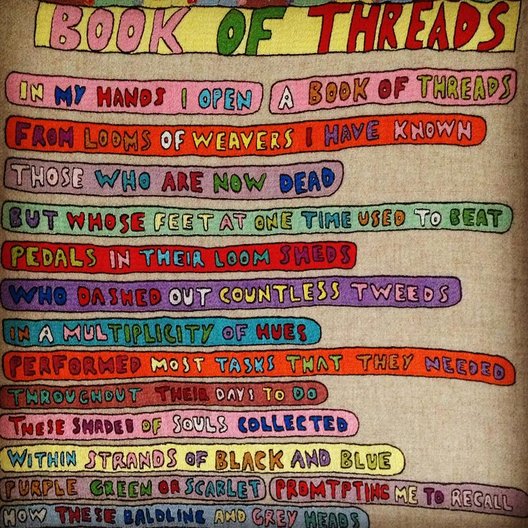 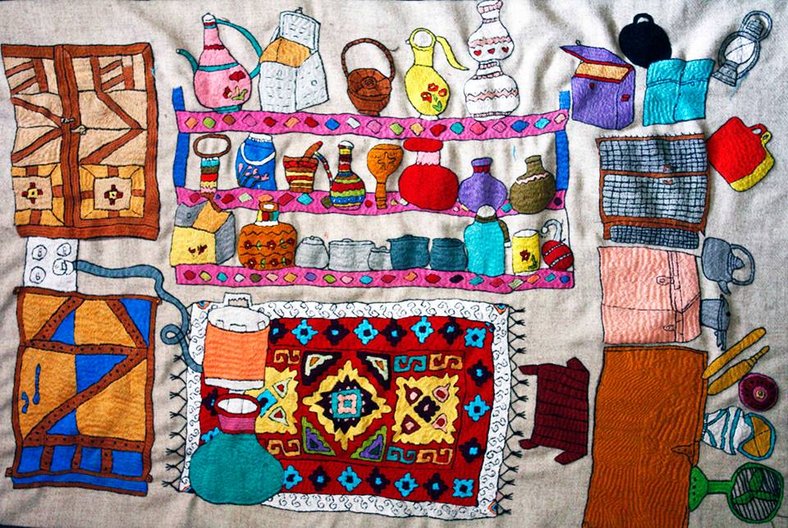 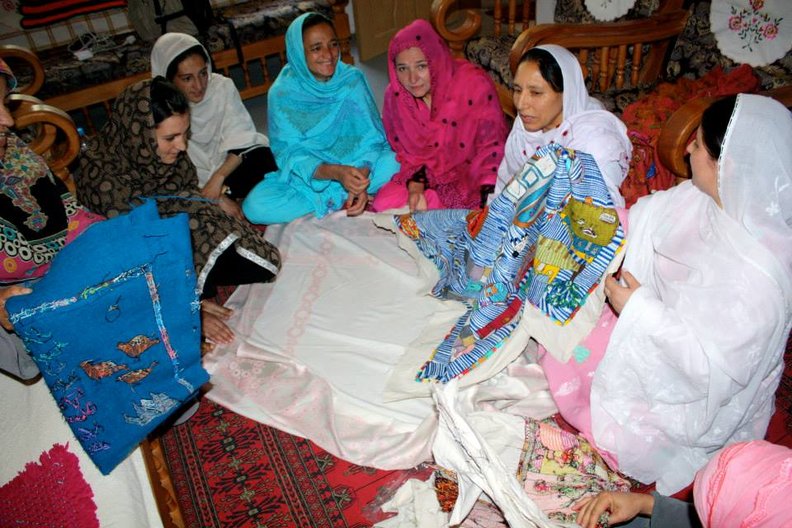 Twilling Tweeds and Hunarmand Hoost (Skilled Hands) is an exhibition of 13 contemporary hand embroidered textiles. The Exhibition opens at The Nomad’s Tent Gallery and runs from 23rd November – 23rd December 2013 in Edinburgh. In 2014 the Exhibition will travel to Kuwait, Qatar and Pakistan.

The project connects the weavers of the Outer Hebrides, Scotland with the female embroiderers of Chitral, North West Frontier of Pakistan.  A series of contemporary hand-loomed embroidered textiles will interpret Scottish and Chitrali stories through illustrated narratives. The artwork incorporates Pakistani narratives illustrated on Harris Tweed as well as Scottish narratives on Chitrali calico.

The tapestries aim to depict the uniqueness of life in the Outer Hebrides and Chitral Valley. These ancient traditions will be preserved so that the skills of the artisans are not lost. This exchange mingles their traditions in a unique and unexpected way.

The pieces are illustrated and embellished by female artisans from Chitral.  This project encourages the women to be creative designers and gives them the space to tell their stories in their own words and drawings ; interprating the life of both communities.

By connecting weavers of the Outer Hebrides with the Chitrali embroiderers, it is envisaged that a craft dialogue will occur between the two regions. This will provide a new cultural dimension to traditional Scottish fabrics through the application of traditional Pakistani art and embroidery skills in a modern form.

The ages of the women involved range from 18 – 45 years and they are the owners of the entire body of works. Proceeds from the sale of these pieces goes directly to them. As a result, Twilling Tweeds generates an income for both them and their families.

The women belong to a conservative community who are proud of the purdah they maintain.  This project offers them a chance to earn money while remaining within their close and familiar areas.

Adil Iqbal, an Edinburgh-based textile designer conducted a series of Art workshops in the Chitral valley, where he introduced aspects of Scottish culture and encouraged discussion on similarities of the two cultures to the female embroiderers.

Adil said: ‘My aim when creating this collection was to connect textile workers in remote areas of Pakistan with those in the Outer Hebrides, creating a bridge between communities and promoting a cultural awareness between the two countries ’.