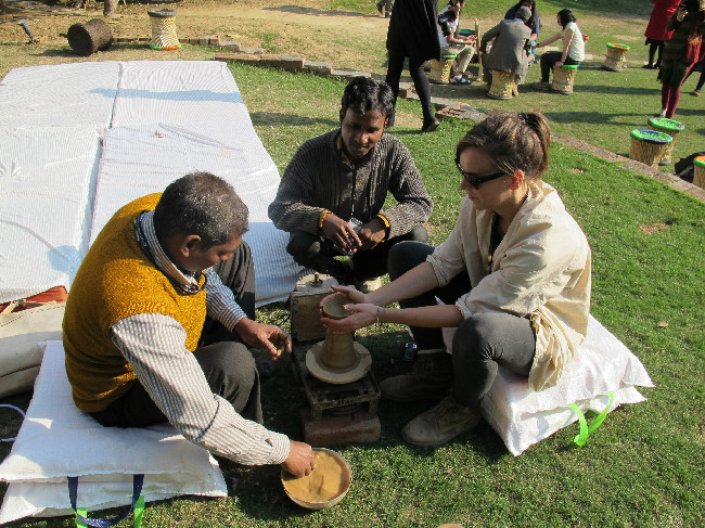 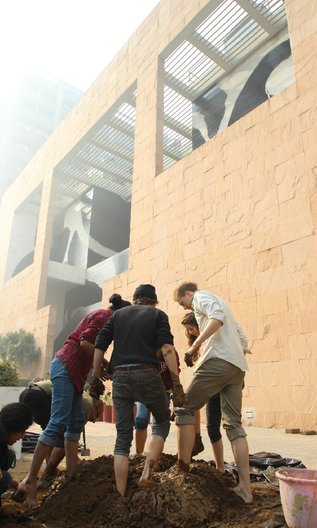 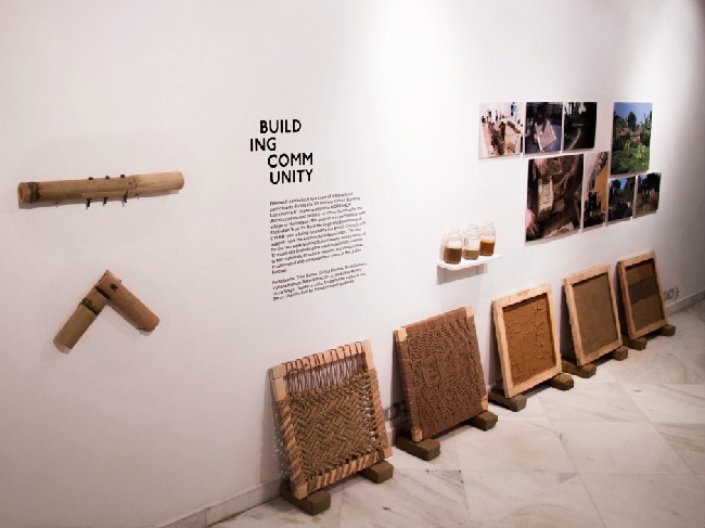 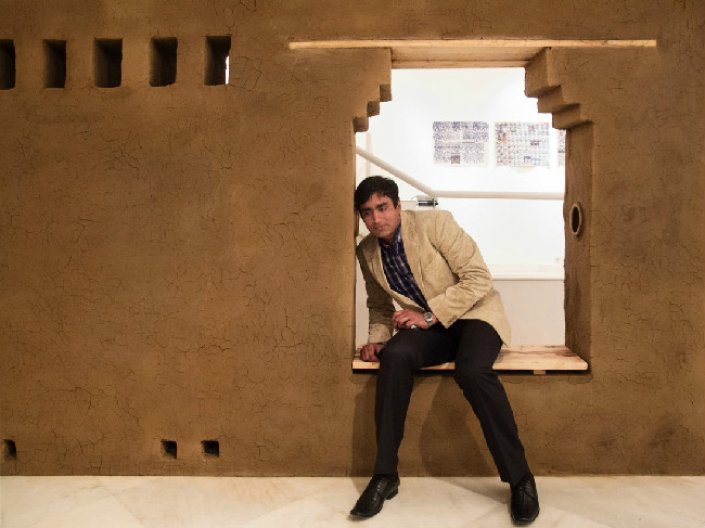 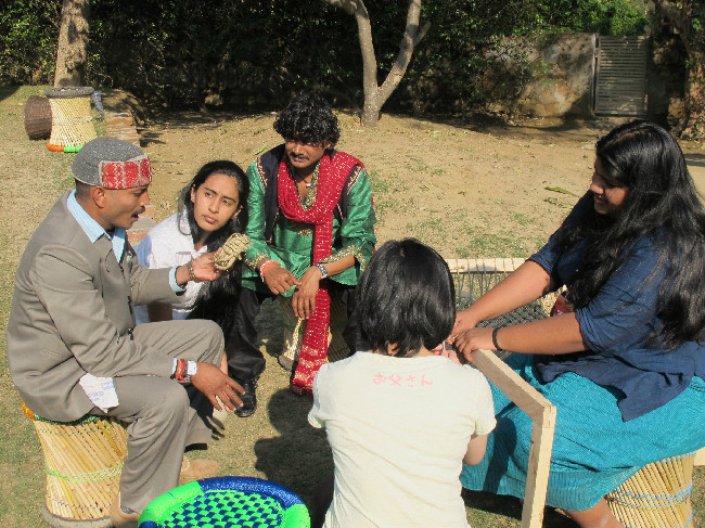 As a design+make architecture studio that believes in ‘thinking with our hands’, the theme of this year’s UnBox festival – Hands On, Hearts On, Minds On – couldn’t have been more relevant. The name of our studio, WORKSHOP architecture, refers to the importance of physical making in our design process, and our belief in the productivity of intensive gatherings where people engage creatively through doing.

Having previously worked on socially-engaged projects in the Philippines and northern India, we are currently collaborating with the British Council on a project in Hariharpur, a small village in rural Uttar Pradesh. Partnering with the Indian Trust for Rural Heritage and Development, a community engager, and the villagers, we will be developing a structure that is easily replicable, whilst also strongly tied to the identity of the local people and place.

Although under-developed, Hariharpur has a unique tradition of classical music, and ITRHD is striving to protect and promote this valuable cultural heritage through the provision of basic infrastructure – including health, education and sanitation. We will be working with the community to design and construct a small school building that can act as a prototype for contemporary rural architecture in India.  Taking advantage of the construction process as an opportunity for training and skill development, the ambition is to use the building site as a platform to exchange knowledge and ideas.

Our event at UnBox in February constituted the last day of an AA Visiting School we had been running during the previous two weeks at the British Council in Delhi. As the first phase of ‘Project Hariharpur’, the aim of the workshop was to develop material and structural experimentation that would inform our design. A collaboration between ourselves, nine international participants, and a local architect, the outcome was a series of mock-ups that were installed in the British Council’s gallery space as part of an exhibition about our work. The process was ‘live’, on the site and in the public realm, from start to finish. This socially-engaged way of producing architecture reflects our approach to our practice, which is always embedded within the communities we work with.

Holding an event at UnBox offered a great opportunity to share the research we had been doing with a wider audience, solicit  feedback, and put our strategy of ‘engagement through making’ to the test. Rather than having a presentation or seminar, we created four ‘making stations’, which UnBox attendees rotated between, learning the crafts developed during the Visiting School. With additional input from some of the village musicians, who we had invited to perform at UnBox, the making stations became sites of debate and conversation. As during our projects, cultural and linguistic barriers were overcome through the shared experience of creating something tangible, and the ideas generated were invaluable. We’ll be moving to the village at the start of next week, and are looking forward to living with the community and understanding the people and place. However, starting the project in the broader cultural context of Delhi, and specifically UnBox, was a incredibly productive process – one we hope to be able to emulate in the future!