IFS: Between Sense and Sanity 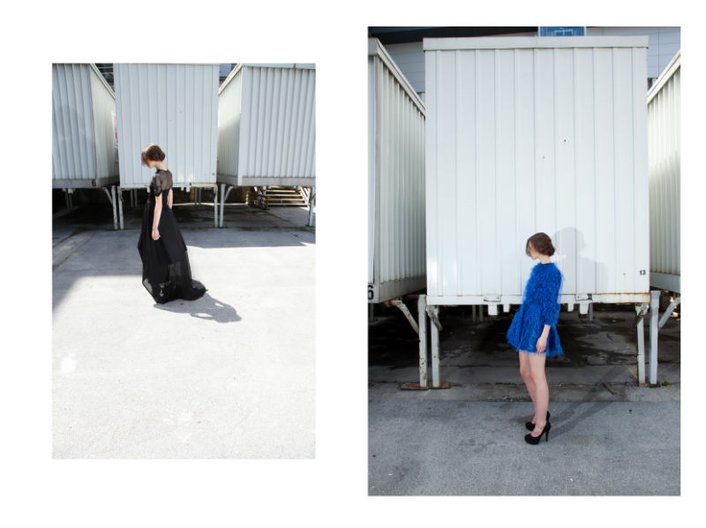 This year Slovenia will be participating in the International Fashion Showcase for the first time. Their exhibition, entitled Between Sense and Sanity, will open on 5 February at Europe House. It is organised by the Embassy of Slovenia in partnership with SQUAT, a platform for design and fashion with the emphasis on discovering and supporting young talent under the name Young@Squat.

With the support of the Embassy of Slovenia, curated by Nataša Peršuh and Zoran Garevski, the exhibition entitled Between Sense and Sanity is a bold, daring, free and cool contemporary mixture of visions of 12 young individuals. It is replacing local tradition in the global context by combining craft with modern techniques and expertise in textile design with a strong fashion forward vision.

“Between Sense and Sanity”, a concept devised by Nataša, speaks to us on several levels – as a description of the profession of fashion designer, or the direction that Squat is taking in its activity. Designers at Young@Squat offer their own answers to questions being raised nowadays about contemporary fashion: Can anything still surprise us, touch us? What is the correct vision for today? Are we going to be courageous enough? Are we going to use the right dose of common sense, to turn an idea into a trend or a collection? What are the limits, where do we draw the line? Or has the line – between senses and sanity – nowadays become extinct?

Nataša Peršuh, a leading Slovenian fashion designer, completed her studies at the Institute Français de la Mode in Paris, where she later continued to live and work. She is creative leader of several highly applauded projects in the area of fashion and design. Her work is regularly shown in exhibitions and published in magazines, in Slovenia and abroad. Since 2008 she has been working as an Associated Professor at the Department for Fashion and Textile Design, Faculty of Natural Sciences and Engineering at the University of Ljubljana.

Between Sense and Sanity