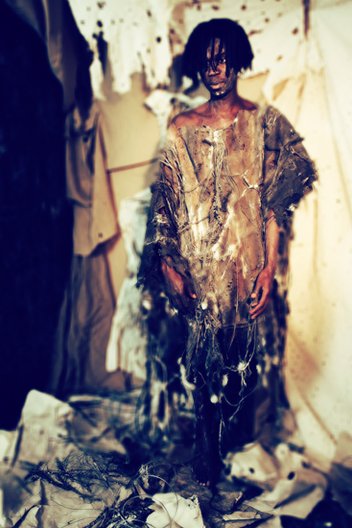 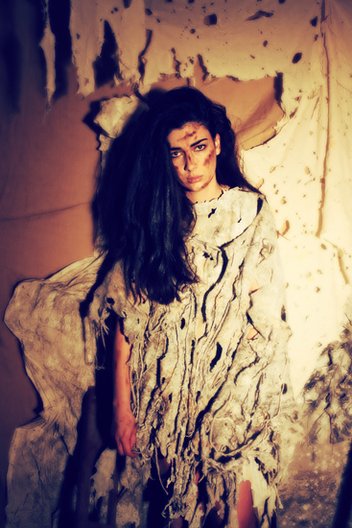 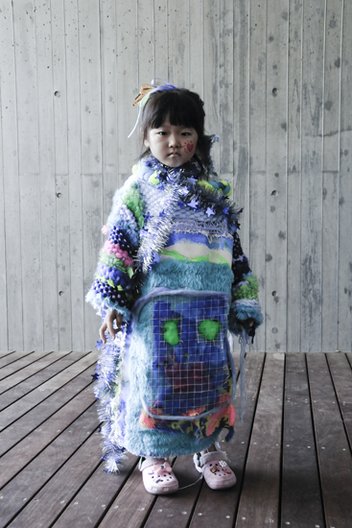 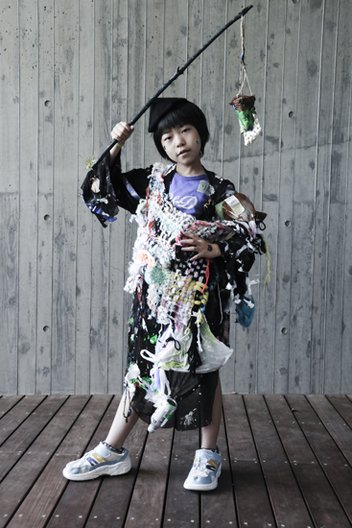 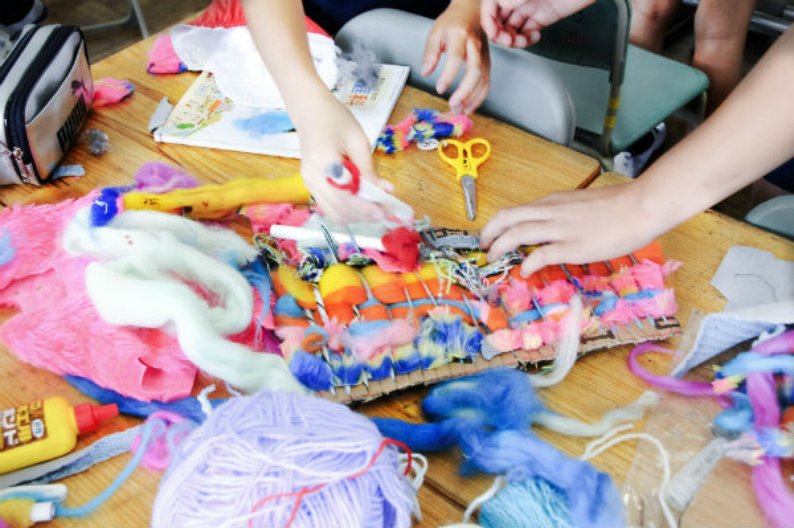 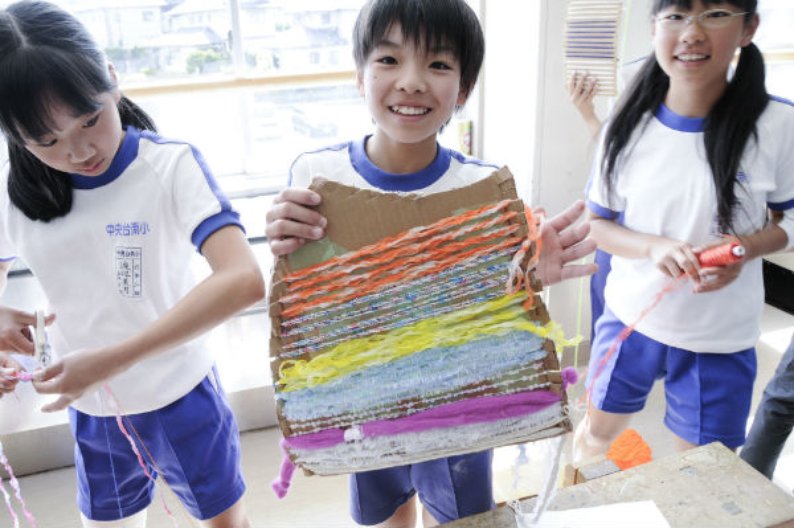 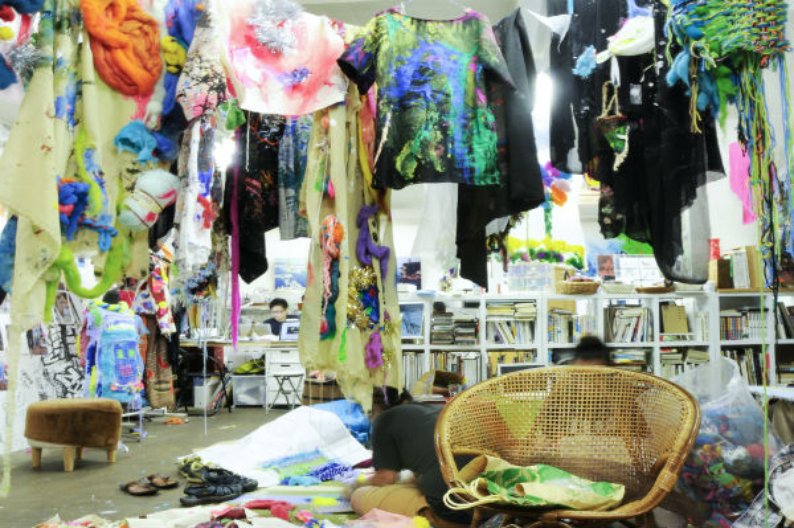 Ryohei Kawanishi is a Japanese fashion designer who studied at Central Saint Martin’s College of Art and Design in London. He showcased his work at the inaugural International Fashion Showcase in February 2012 and has since been working on an on going project of textile workshops, participatory fashion shows, and exhibitions with children in London and Fukushima. The project intends to connect children with the process of making garments. He writes for Back of the Envelope about his experience of being involved in the inaugural International Fashion Showcase.

When I was asked to create a collection for the exhibition, I wanted to do something about Japan, which was experiencing a period of trauma after the earthquake and Tsunami. The newsreels I saw on TV were so shocking and sad. I wanted to use the idea of natural and manmade disasters somehow in my designs.

I started with painting all of fabrics with oil, concrete, sand and wasted materials from our daily life. Entangled to the body to form dress-like shapes, all of the garments were designed to be heavy, dark, filthy, and threadbare. They were deconstructed, dissolved rather than made.

I was seeking a new role for the designer - to me a designer’s role within a society is to communicate pressing issues to wider audience and to create an emotional connection to them. Design must adopt a perspective and take a position on concerns beyond its own discipline. I was grateful for the opportunity to explore this within the International Fashion Showcase 2012.

It was an important opportunity for me both by providing a deeper insight to the industry and further professional opportunities but also by allowing me to explore what matters to me and to my design - engagement to social issues, people and communities. As a public project in parallel with London Fashion Week the showcase allowed me to explore my interest in social participation.

While I was working on the collection for International Fashion Showcase 2012, I was also doing several workshops with school children in London. This experience reminded me of the joy of making and the work produced was beyond what I could have imagined alone.

After the exhibition, I decided to run a workshop in Fukushima in the area most affected by the nuclear power plant disaster. I spent four weeks and running workshops with various participants from local communities. Many of whom were forced to live in temporary houses due to the evacuation area around nuclear plant, people who live their daily lives with the threat of radiation, people who started creating art in reaction to the disaster and children whose school was flooded by the Tsunami. By working with them on this fashion project, I came to know their concerns and issues in great depth.

Fashion has a commercial side which greatly affects design but I also think that it is equally important to push the boundary of what design can do. It can bring people together and create a cultural dialogue, to change the way people interact with each other socially and globally.