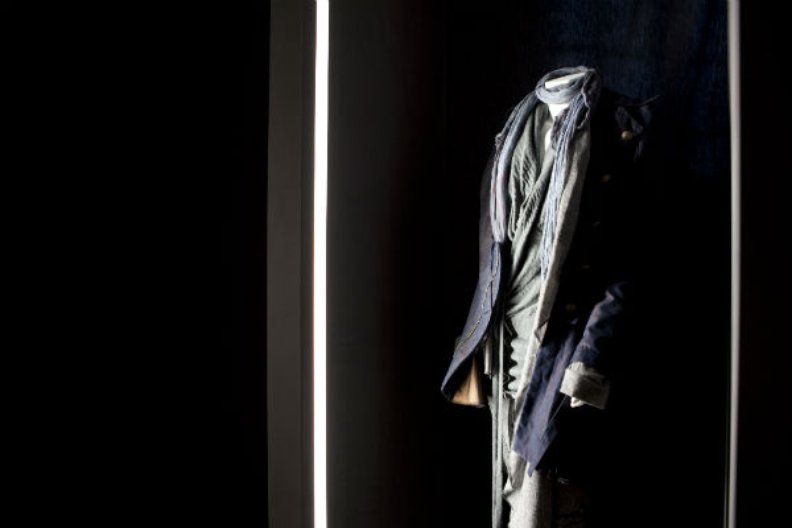 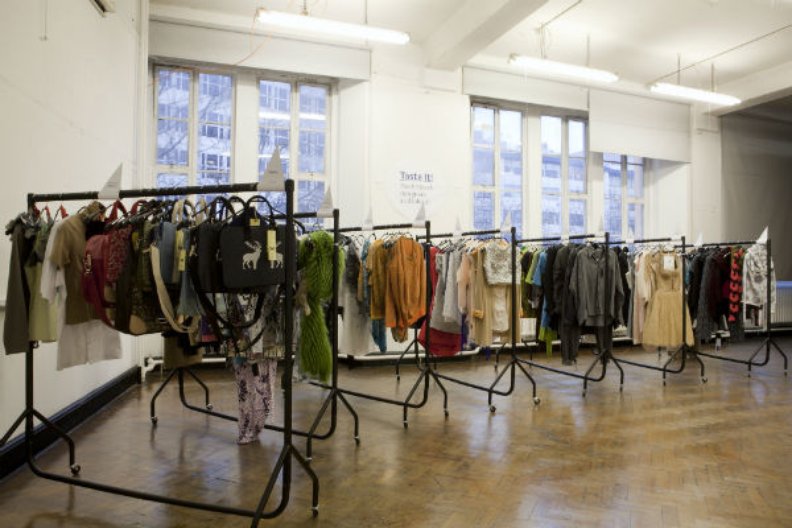 “After the revolution in 1989, the Slovakian fashion industry collapsed,” explains Zuzana Šidlíková, curator of the Slovakian International Fashion Showcase and a lecturer at the Academy of Fine Art and Design in Bratislava. “Our designers offer something for the contemporary fashion market, but also merge traditional crafts with the ability to present new ideas in fashion design.”

The exhibition at the former Central Saint Martins building displays the work of four designers – Michaela Mazalanova, Lucia Cabanova, Izabela Komjati and Dana Kleinert. Each vary in their approach to fashion; between them offering eveningwear, knitwear, menswear and daywear against a backdrop of images of historical Slovakian dress.

One of the highlights of the show was Lucia Cabanova's collection of separates, titled ‘Squared’. After studying at the London College of Fashion, Cabanova based her first collection on a simple square shape, exploring the boundaries of the shape’s geometry on the silhouette. Shoulders and pockets are artfully cut into right angles, accentuated by mindful detailing of square cut hems and a boxy fit.

“I wanted to do something traditional, but also wearable and modern,” said Cabanova. “All of the designers in Slovakia know each other and it isn’t a competitive atmosphere because we all approach it so differently. We each have our own style and the exhibition really shows that.”