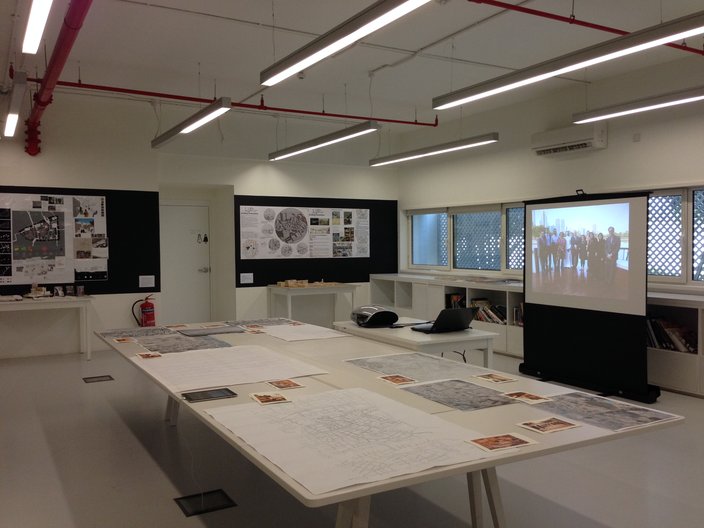 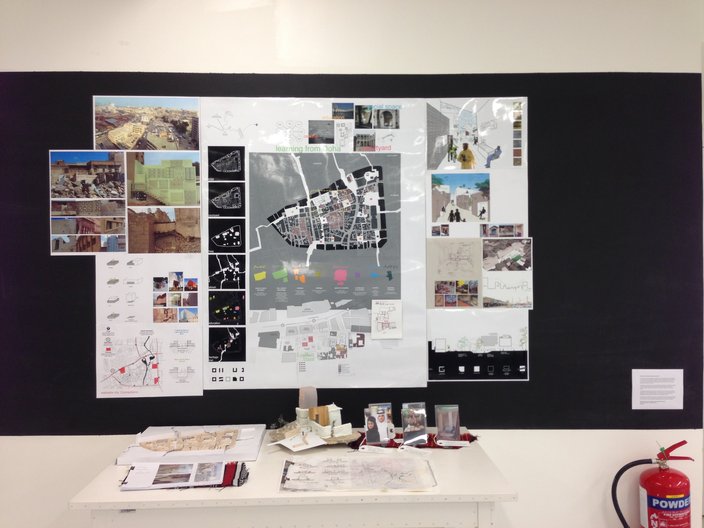 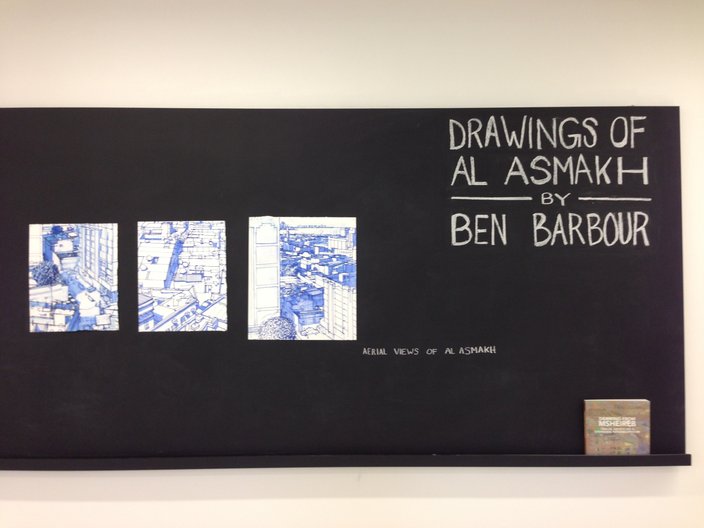 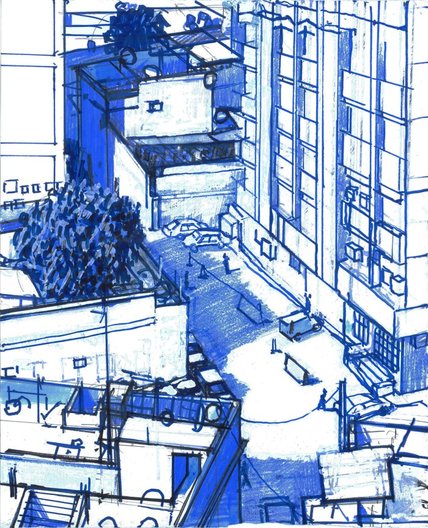 View from my window, late afternoon by Ben Barbour 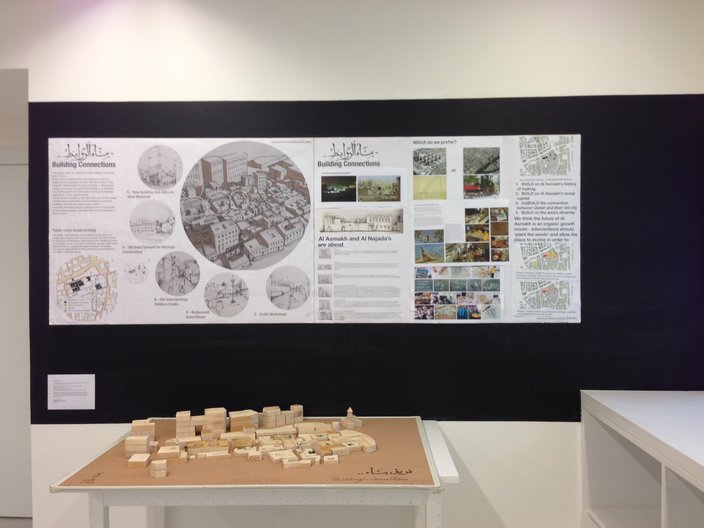 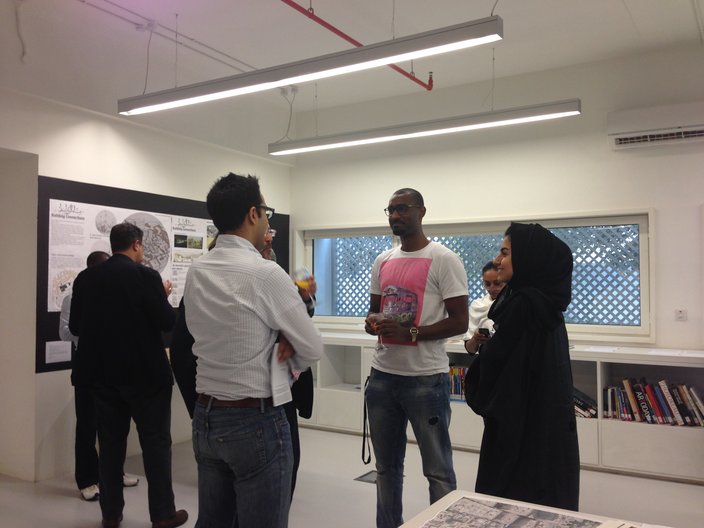 Following the Old Doha Prize charette week and prize giving presentation at the Musuem of Islamic Arts, we are pleased to say that the work of all four groups was again showcased at the Mathaf Arab Museum of Modern Art in Doha.

The exhibition formed part of the Fututre City Forum; a two-day programme of talks and expeditions investigating the intersections between geographical, social, and cultural memories, and the connections and asymmetries between different cities and agendas for future urban transformation. This event follwed a Future City Forum in Liverpool in September, organised in collaboration with the Liverpool Biennial.

Curated by Ameena Ahmadi and Fatma Sahlawi the exhibition presented the four Old Doha Prize team proposals for the area of Al Asmakh, alongside additional research material of the heritage area, and the work of artist Ben Barbour who has captured many of the heritage buildings and streets in his drawings.

The exhibition was an important oppurtunity to present the current debates taking place about Al Asmakh, including a series of creative proposals for the area, to an audience of architects, developers and policy makers who will influence decisions about its future.