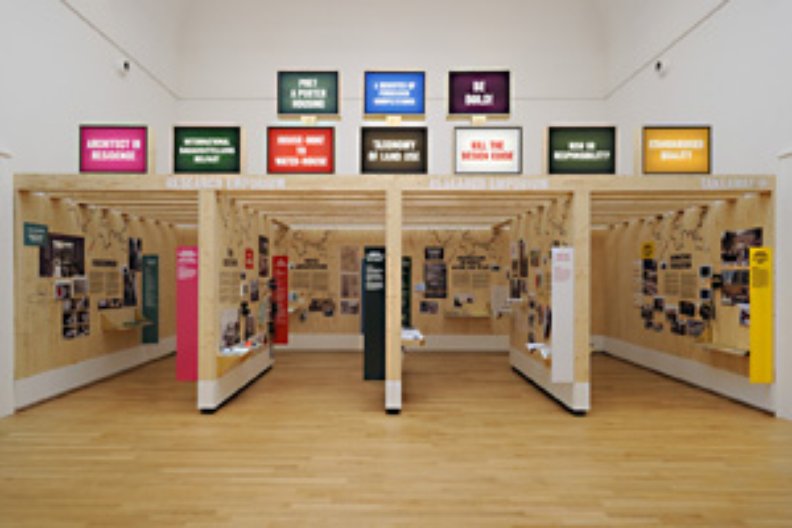 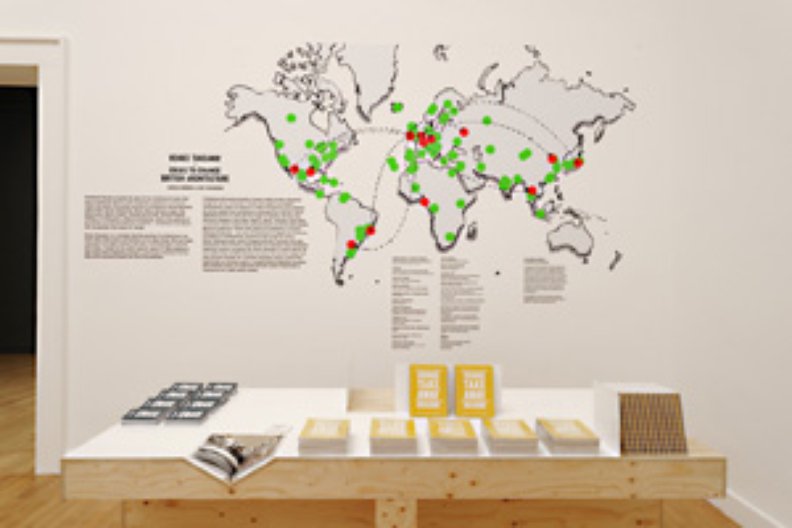 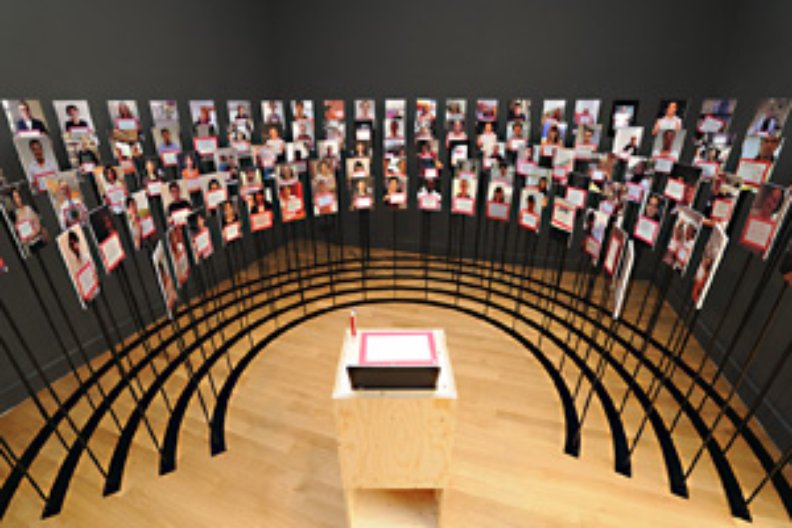 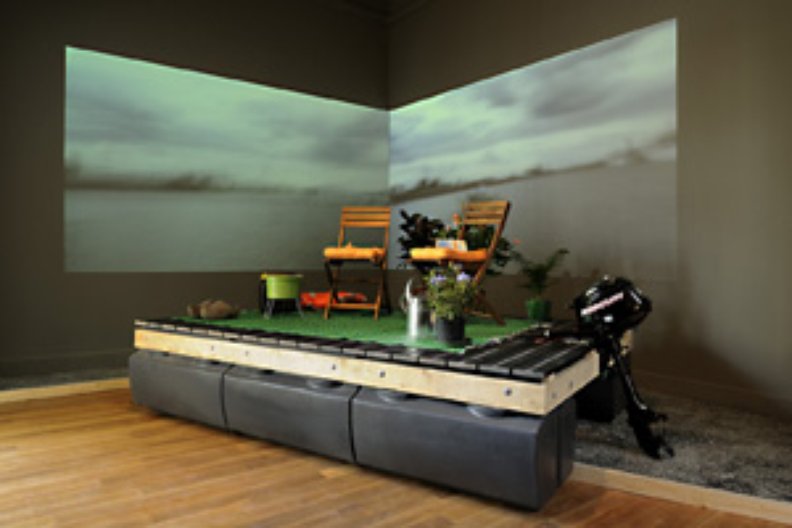 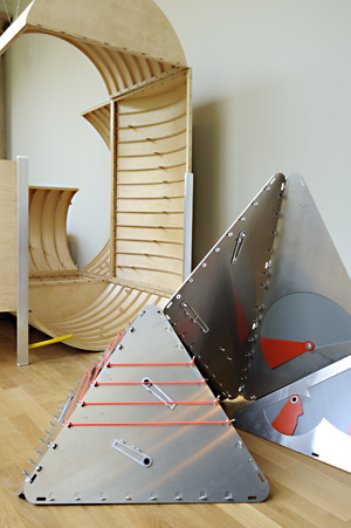 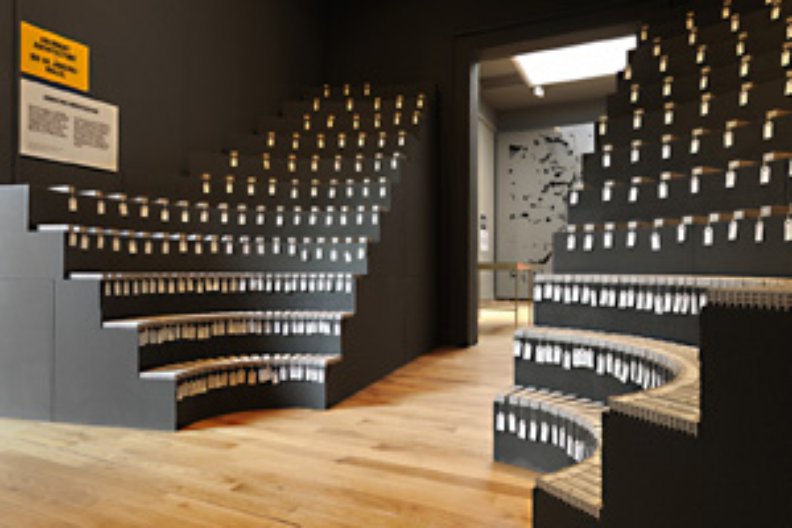 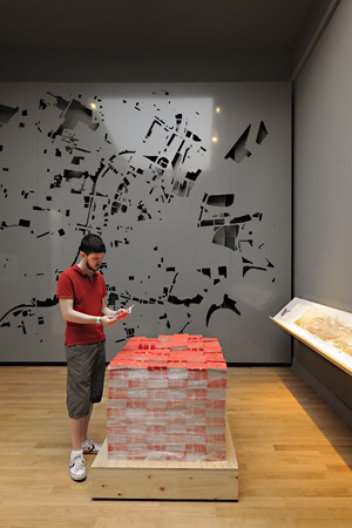 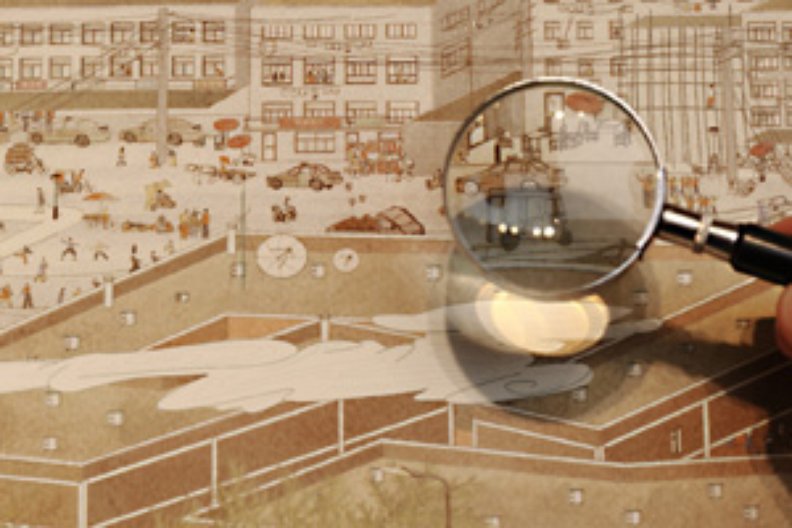 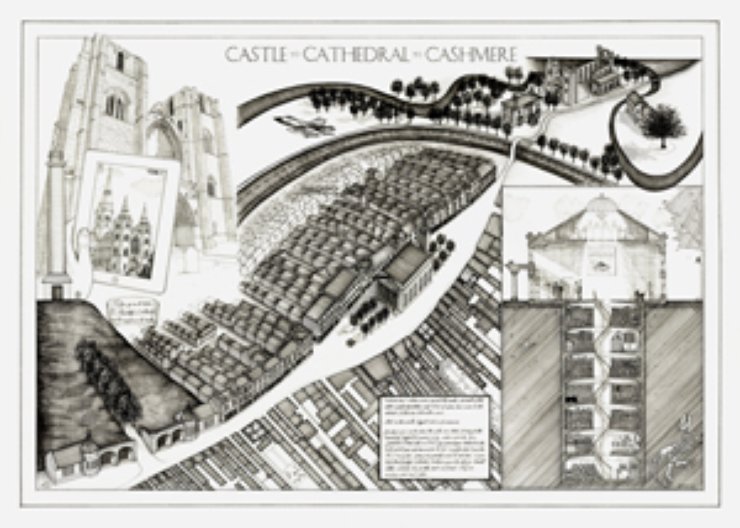 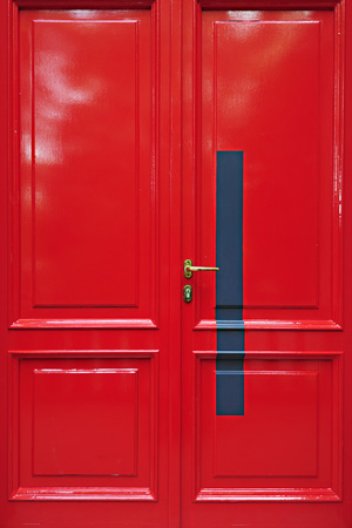 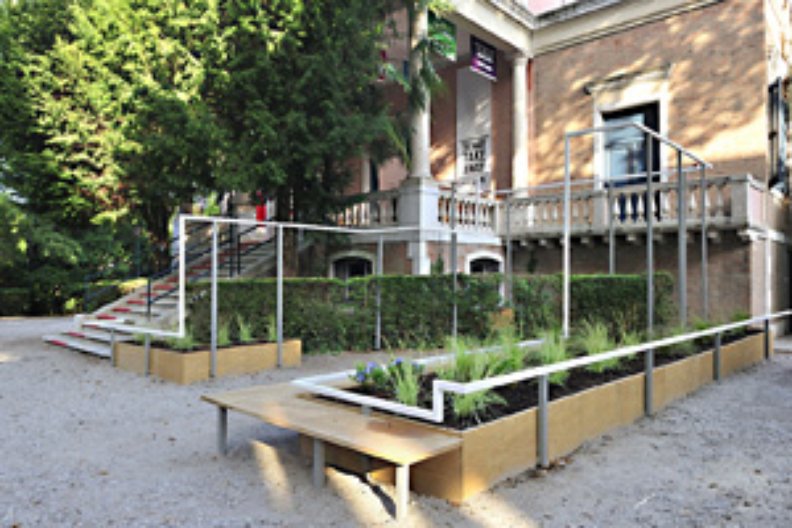 We're very excited to announce that Venice Takeaway: Ideas to Change British Architecture, the British Pavilion at the 13th Venice Architecture Biennale has opened.  Before Lord Tony Hall, Chairman of the Royal Opera House and Director of the British Council Board of Trustees cut the tape, Venice Takeaway exhibitors joined with British architects exhibiting elsewhere within the 2012 Biennale for a group photo taken on the steps of the Pavilion, which was published in the Guardian.   Other highlights included an epic storm, which saw visitors stuck inside pavilions until it died down and trees falling in the Giardini, and a special slideshow event by our exhibitors explaining their projects on one of the sunnier days.

Alongside the opening our updated website has now been launched.  This includes images and research details of each exhibitor's proposal as well as an 'In Context' section, which explores the projects in contemporary debates.  Press releases and images of the exhibition are also available to download. A short film by Crane.TV on Venice Takeaway is available as well as one produced by the Biennale, which can both be seen below.

Throughout the Vernissage we were lucky enough to have Neil McGuire from After the News writing on Travelling, Out With Moving about his findings in the Biennale.  It was wonderful to have him as our eyes during the Biennale, because it as difficult to get around to all the exhibits we wanted to see - he was able to fill up a flickr with his sightings for us. He also created a collection of field recordings during the Biennale, which includes interviews with our exhibitors.

You can continue to get updates on the Biennale from our Steward's Diaries.

The coinciding exhibition catalogue exploring the exhibitor's proposals has been published by the Architectural Association and will be available to purchase online from the AA bookshop.

The Biennale is open until 25 November 2012.  Venice Takeaway will then travel to the RIBA Galleries to be staged from 26 February – 27 April 2013.

The British Pavilion at the 13th Venice Architecture Biennale presents the work of ten architectural teams that have travelled the world in search of imaginative responses to universal issues. Venice Takeaway charts their course in Argentina, Brazil, China, Germany, Japan, the Netherlands, Nigeria, Russia, Thailand and the USA and demonstrates the creative potential of sharing ideas across borders.

Research, in the form of photography, drawing, film and objects will be displayed in a Research Emporium, while in the galleries of the pavilion you will find Takeaway Proposals – installations and objects that encapsulate their ideas for change.

Commissioned by the British Council and curated by Vanessa Norwood and Vicky Richardson, Venice Takeaway responds to Venice Biennale Director David Chipperfield’s theme of Common Ground by identifying new ways to negotiate the challenges of making architecture and making the case for internationalism

The call for proposals was addressed to a broad section of people working in architecture and connected fields, and intended to build on the UK’s strengths in architectural research, writing and curating as well as design.

The exhibition was designed by Born. Exhibitors include