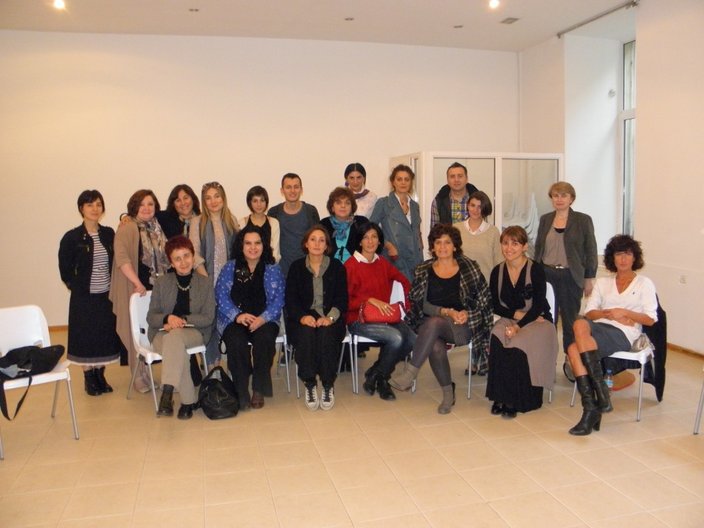 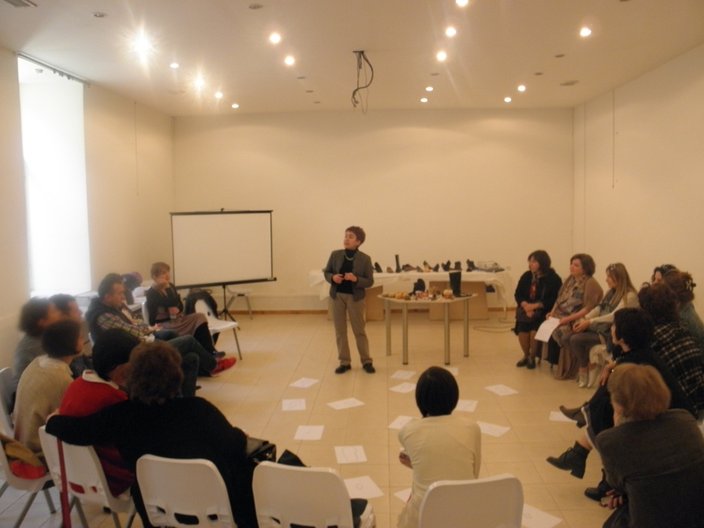 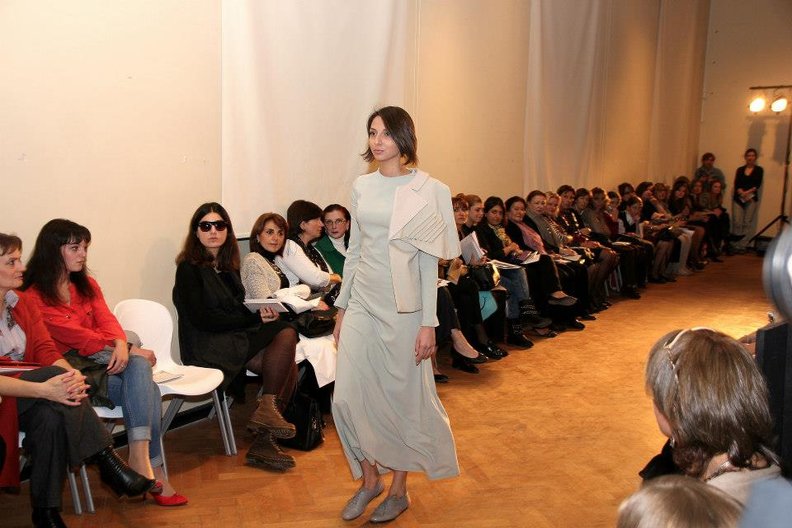 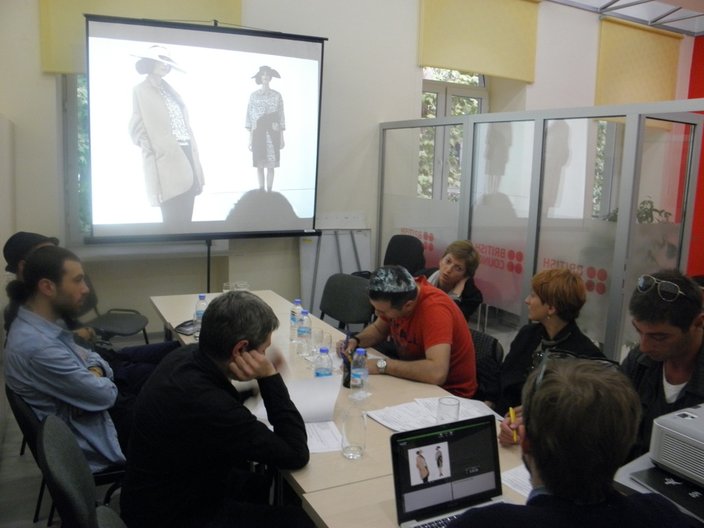 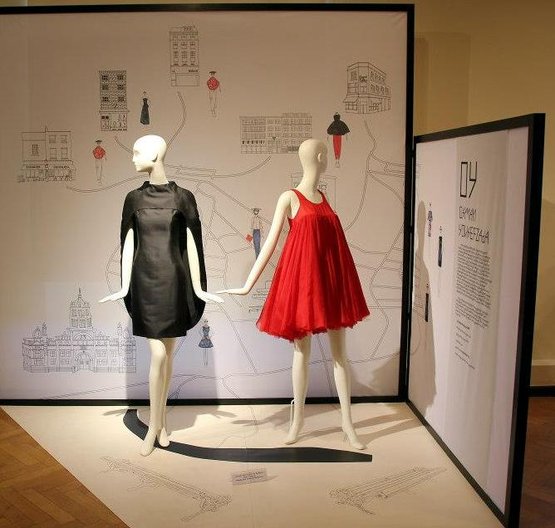 Reconstruction: Cultural Heritage and the Making of Contemporary Fashion, our touring exhibition of 7 UK-based designers using their cultural heritage in their work, has finally made its final stop.  The exhibition found itself at the National Museum of Georgia from 20 October – 20 November. The exhibition was opened by Her Majesty’s Ambassador to Georgia and the Director of the National Museum to an audience of fashion professionals, students, national press and anyone else interested.  As part of the opening events, we invited the Tbilisi State Academy of Arts to present the work of some of the next generation of Georgian designers in a catwalk show around the perimeter of the exhibition.

We are very grateful to the National Museum for inviting Reconstruction to their galleries. The National Museum houses some of the greatest Georgian national treasures, including archealogical collections, including human remains 1.6 million years old, and their Golden Fleece collection with pieces dating back to 2500 BC.  The Museum also currently features an exhibition about their partnership with Museum Island in Berlin, which is an initiative to help develop Tbilisi’s own museum district and international relationships.  It seems then that the Museum has been inspired by these progressive examples and wanted to encourage local audiences to visit the Museum and reflect on their own cultural heritage.  In his opening speech, the Museum Director highlighted the importance of connecting the scientific side of the Museum with arts and culture in this way.

As part of the exhibition’s run, we endeavoured to give the Museum staff and fashion industry as many opportunities to learn from the exhibition as possible.  The opening event was attended by Professor Amy De la Haye from the London College of Fashion’s MA Fashion Curation course.  Amy shared her knowledge of fashion curation and building narratives in fashion exhibitions in a 2-day workshop with museum staff, curators and fashion designers.  As part of the workshop, attendees were invited to bring 5 individual shoes each and work in groups to create a hypothetical exhibition about them.

Also at the opening was Gerard Wilson from Peter Jensen Studio.  Gerard gave a presentation to designers and fashion students on the history and development of the Peter Jensen brand.

In November, we were honoured to have Sir Vernon Ellis, the chairman of the British Council, visit Tbilisi and Reconstruction.  His trip coincided with my own as I was there to give a presentation on the development of fashion exhibitions in the UK and present a screening of 11 of the best UK fashion films curated by Kathryn Ferguson to museum staff, designers and students.  I was introduced by him and the Museum Director, and it was again wonderful to hear these two important institutions highlight the relevance of fashion in cultural relations.

The exhibition has been curated by Alison Moloney, British Council London, and designed by Nissen Richards Studio. The graphic design was by studio Kellenberger-White, which developed a new typeface in response to the sharp, angular lines of the exhibition structure. The British Council is delighted to be collaborating with leading high-end mannequin manufacturer Bonaveri who has generously provided 16 Schläppi 2200 mannequins for the exhibition's tour.